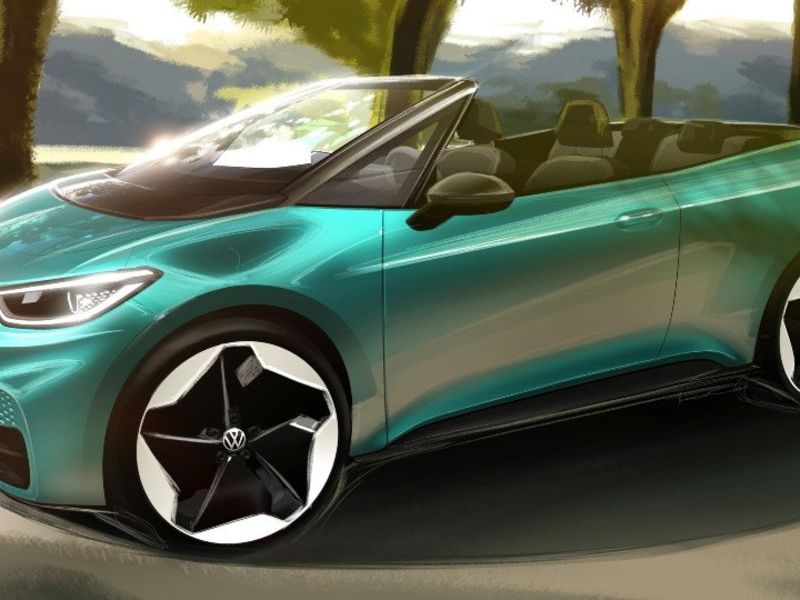 FRANKFURT — Volkswagen is considering whether to build a convertible version of its ID3 full-electric hatchback and has enlisted social media users to test support for the idea.

VW Group CEO Herbert Diess has taken to Twitter and LinkedIn to ask followers what they think about a convertible EV, while brand boss Ralf Brandstätter said on LinkedIn that a convertible variant of the ID3 “could provide an entirely new, extraordinary feeling of freedom.”

Brandstätter added that the concept is “a very tempting idea” and that the automaker is considering how it could be built.

VW launched the ID3, the first model from its electric-only ID family, last year in Europe. Since then, the brand has added the larger ID4 crossover, which as the first ID global model that targets the U.S. and China, is expected to become the bestseller in the ID lineup.

VW released sketches of a possible design for the convertible that show a two-door vehicle with a small trunk.

The design has a similar silhouette to the small T-Roc cabriolet, currently VW’s only convertible model.

In 2016, the brand ended sales of the open-top Golf and three years later axed its Beetle Cabriolet.