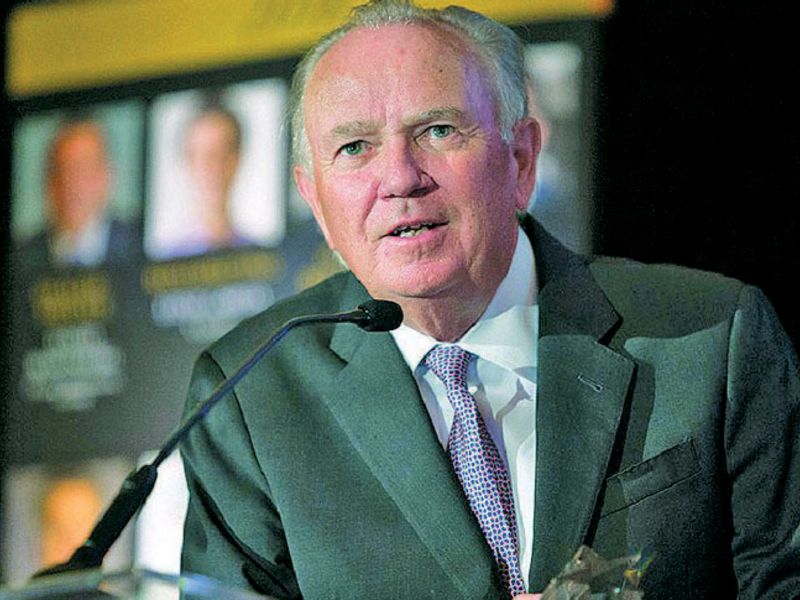 Several public retailers that largely sat on the sidelines during the dealership acquisition action of the past few years say they are getting back in the game.

The plans by the four dealership groups come amid a recent surge in stock prices for public auto retailers and as competitors such as Lithia Motors Inc. and Asbury Automotive Group Inc. have snapped up stores. Dealership buy-sell activity has broadly skyrocketed following the early months of the coronavirus pandemic in 2020, when deals came to a short-lived standstill.

“We definitely have a lot of conversations going on, a lot of negotiations,” Mike Jackson, CEO of AutoNation, the largest U.S. new-vehicle retailer, said last week. “I fully expect we’ll have some new-vehicle franchise acquisitions this year, but I’m not going to put a specific number on it.”AutoNation’s last sizable acquisitions were in 2016, a year that included deals such as the purchase of the 12-store Allen Samuels Auto Group in Texas. The company made some single-store deals in 2017 and 2018.

After a dry spell, Jackson said AutoNation is looking for stores that fit “our strategy and our footprint.”

Penske, the second-largest new-vehicle retailer in the country, last acquired U.S. dealerships in 2018 when it bought two Lexus stores in Texas. This month, Penske said it expects to add $600 million in annual revenue through three new franchised dealerships and what it described in a statement as “identified acquisition targets.”

Penske spokesman Anthony Pordon said $450 million of that $600 million is expected to represent acquisitions that could include U.S. franchised stores, used-only stores or commercial trucking operations. Penske prefers buying in or near markets in which the company already operates.

The change in mindset on buying franchised dealerships came after Penske turned “the lights off” on acquisitions last year to build its balance sheet and focus on improving store performance and selling underperformers, CEO Roger Penske said this month. Penske sold two Honda stores in metro Houston during the fourth quarter.

Group 1 CEO Earl Hesterberg said this month that the nation’s fourth-largest new-vehicle retailer planned to be more “aggressive in growing externally” this year. The company has financial capability to add $1 billion or more in annual revenue through acquisitions and has deals in the pipeline, executives said. Group 1 last purchased stores in late 2019 when it bought two Lexus stores in New Mexico.

Sonic last bought franchised stores in 2014 and for several years has been selling stores and focusing on expanding its used-only EchoPark unit. Now, largely done with divestitures and having improved company liquidity, Sonic again is looking for franchised stores that are a good culture fit, Dyke said.”We’ve got several new-car dealers on the radar screen now,” Dyke said. “It’s the first time we’ve had that in a long time.”

Several buy-sell experts have said that they expect the publics to be active in the market this year, with some of the quieter companies returning to purchase again.

“This growth, this expansion from Lithia and Asbury, will likely create an urge in those [other public] companies to grow again,” Alan Haig, president of Haig Partners, a buy-sell firm in Fort Lauderdale, Fla., said late last year.

Lithia, the third-largest U.S. dealership group, purchased about 30 stores last year that are expected to generate annual revenue of $3.5 billion. It also sold a handful of stores. Lithia aims to expand annual revenue to $50 billion in 2025, up from $13.1 billion in 2020. The company has said it has the ability to add $7 billion in annual revenue through dealership acquisitions this year and that purchase agreements for stores with more than $3 billion in revenue are slated to close early this year.

CEO Bryan DeBoer said this month on an earnings call that Lithia has been eyeing three large groups that would fill its network geographically. One analyst asked whether a tie-up with another public group would be a plausible way for Lithia to scale across the U.S., and DeBoer didn’t shoot down that idea.

Two public retailers, however, did so last week.

Sonic’s Dyke said the Charlotte, N.C., company has no interest in selling its 84 franchised stores. He said while it may make sense for Lithia, given its footprint, to merge with another public, “you couldn’t put an AutoNation and Sonic, or an AutoNation to Asbury, or AutoNation-Group 1 or Sonic-Group 1 together because you’d have to sell off so many stores it wouldn’t make sense.”
AutoNation’s Jackson also sees too many issues in bringing two publics together, as it likely would require significant divestitures of dealerships “you just bought.”

“So overlap [and] too much density in a given market is a real, genuine issue for us, and so we will not be acquiring another publicly traded company,” Jackson said. “I don’t see a path to the finish line.”