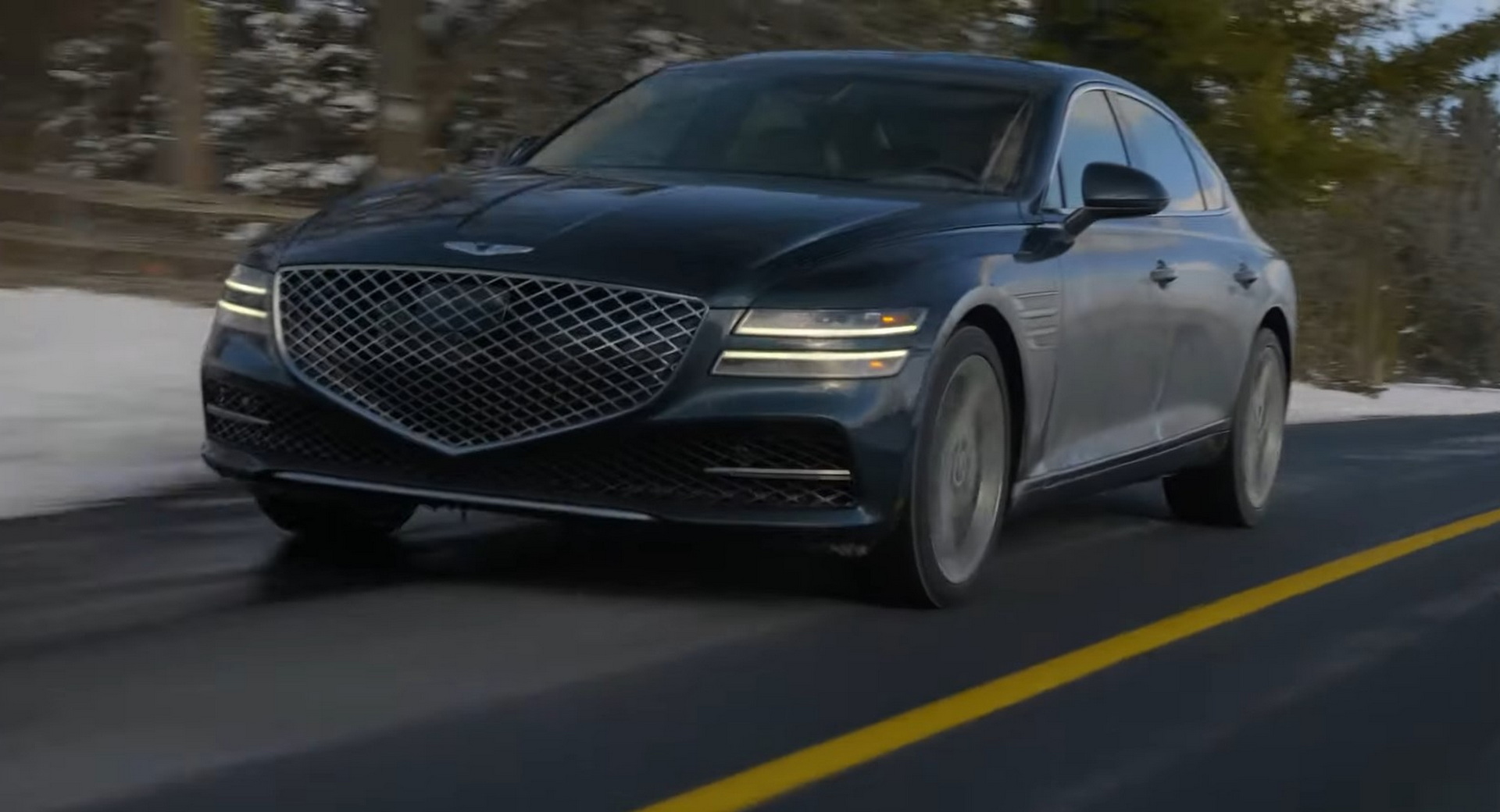 When the 2021 G80 premiered a little less than a year ago, it launched to wide acclaim. The car that started Genesis had finally become a real competitor for the Germans.

How does it stack up all this time later? Driven by Throttle House, the new luxury sedan makes a strong impression and one that’s worthwhile. But the Germans, especially those at Mercedes, probably won’t lose sleep.

Whatever it does achieve, it would be hard to argue that it isn’t a desirable car. Between its attention-grabbing looks, its dedication to spec, and its modern tech, it handles the business of being a premium car with exceeding acumen.

Also Read: Kia, Hyundai, And Genesis All Spied Testing EVs Together In The Snow

Powered by a 3.5-liter V6 making 375 hp and 391 lb-ft of torque (or a 2.5-liter four that makes 300 hp) it has an adequate if not shocking amount of horsepower. Its real advantage comes when you remember that Albert Biermann, the architect of some of BMW’s best, was behind this car.

And it shows. According to host Thomas Holland, it’s more fun to drive than an M5 Competition. A bold claim that he accepts will lead to bolder disagreements, but one that’s indicative of the car’s charm.

So, should you buy one instead of a German rival? Well, that’s complicated. The G80 certainly earns its place in the conversation and not just because it undercuts the competition substantially in terms of price. But whether or not it will be a true competitor for brand-anxious luxury car buyers is another question entirely.