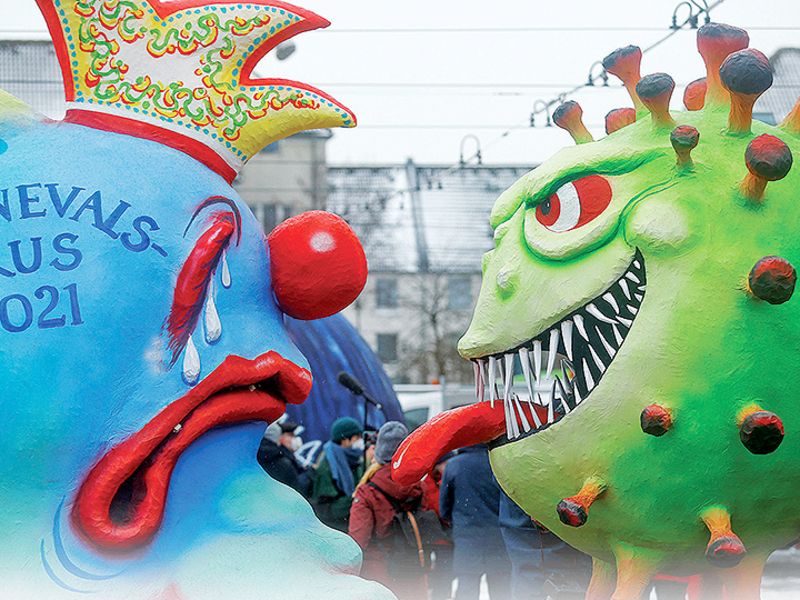 PARIS — Europe’s car sales, slam-med by the coronavirus crisis in 2020, were supposed to bounce back this year. But instead, registrations fell by 26 percent in January.

The declines more closely resembled the dark days of last spring, when factories were closed and Europeans were confined to their homes in an effort to combat the coronavirus. Last month’s sales in Spain took a 51 percent hit, Britain’s fell 40 percent — to a low last seen in 1970 — and mighty Germany, Europe’s biggest market, lost 31 percent.

At the same time, sales in China rose 30 percent. And demand in the U.S. held up, too, with the seasonally adjusted annual sales rate just under pre-pandemic levels of 17 million.

So what happened in Europe?

Initial optimism over COVID-19 vaccines faded as countries descended into infighting over supply and bureaucratic snags. With vaccine rollout slow and new virus variants discovered in Britain and other countries, monthslong restrictions on movement and commerce, such as curfews and the closure of large retail spaces — including dealership showrooms — have not been lifted.

Specific conditions in several countries affected results there. Sales in France fell a modest 6 percent as the government continued to prop up the industry with lavish incentives, especially on electric and plug-in hybrid models. On the other hand, Spain’s deep hit was compounded by a rare snowstorm that paralyzed much of the country, the government’s refusal to make an emissions-tax recalibration revenue-neutral and the end of a “cash for clunkers” scrapping program in December.

On top of that, the global semiconductor shortage has led to numerous production halts, affecting popular models such as the Volkswagen Golf. Some analysts think Europe will be the hardest-hit region on the production side, partly because it is far from the Asian countries that produce the essential chips.

LMC Automotive expects a deficit of 200,000 vehicles in the first quarter in Europe. Ultimately, though, automakers including Renault Group, Toyota and Mercedes-Benz as well as analysts say the semiconductor shortage will probably not significantly affect production for the full year.

Sales will catch up, too, analyst Pete Kelly of LMC Automotive said this month. “If someone can’t acquire a car they want now because of a shortage of components, they’ll either wait or buy a different one,” he said in a webcast.

Europe’s weak sales results are affecting some automakers more than others. Those without a strong presence in China, which has come back strongly from the coronavirus crisis and sustained less damage from the chip shortage, are paying a price for that geographical imbalance.

They include Renault Group and the European brands of Stellantis such as Fiat and Peugeot, which have almost no market share in China. Renault last week posted an annual loss of $9.7 billion, its largest on record.

The “footprint factor” may weigh on those automakers’ global sales for years, Kelly said. The Chinese market is expected to be more than 400,000 vehicles above 2019 in 2021, while Europe will be 2.3 million below the 2019 level.

Despite the grim January, analysts still expect European sales to rise this year. The consensus range is between 9 and 12 percent. But that will still be far from their 2019 mark, after a 24 percent drop for the year in 2020.

That target also is farther off because January sales fell from an already-low monthly base. Many automakers “pushed” higher-emissions models in December 2019 — leading to record registrations for that month — ahead of a Jan. 1 emissions deadline, and January 2020 sales fell by 7.4 percent.

Another concern: Lockdown restrictions that have closed showrooms in Britain will be in place until some point in March, a month that accounts for 20 percent of all annual sales on the issuance of new license plates.

In short, as Jonathan Lopez of Independent Commodity Intelligence Services said in a note to clients: “In this industry, recovering to pre-pandemic levels is not yet a discussion point.”

Kelly of LMC sounded a similar note: “This isn’t quite going to be a catch-up year.”