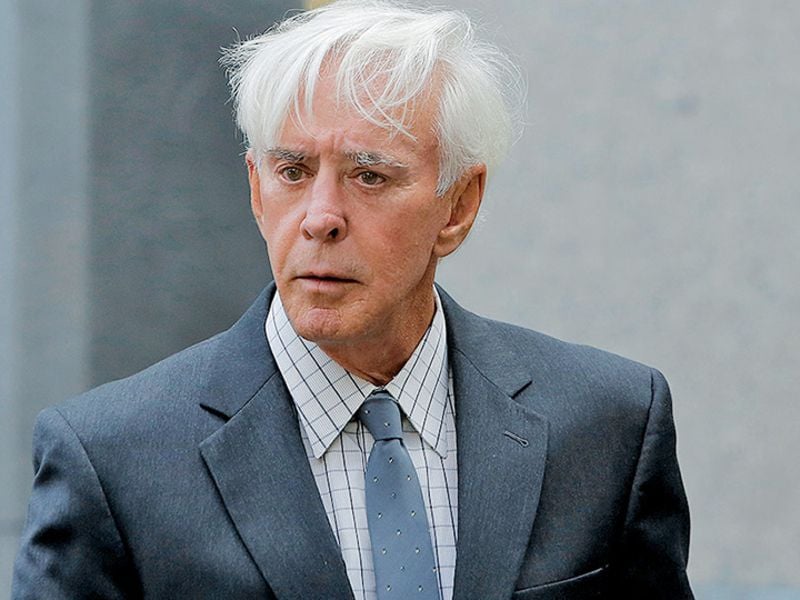 Billy Walters, megadealer and professional gambler, is a free man thanks to former President Donald Trump.

In his final hours in office, Trump commuted the five-year prison sentence Walters was serving for an insider-trading scheme involving Dean Foods Co..

Walters, 74, was among 143 people who received clemency from Trump last week. Walters was serving the final year of his sentence on house arrest in Southern California after being released in May from federal prison in Florida because of coronavirus concerns.

Walters established the Walters Group holding company in Henderson, Nev., in 1988. As of 2016, the company owned 18 new-vehicle dealerships across Kentucky, California and Georgia; two golf courses in Las Vegas; and other holdings.

A spokesman confirmed that Walters retired from gambling in 2016 but would not clarify his current role with Walters Group.

Walters declined to be interviewed last week but said in a statement that he was innocent and accused federal law enforcement officials of leaking false information to the media. Walters’ statement said he has filed a lawsuit in federal court in New York against those officials.

“I have tried to lead a life marked by concern for others and I hope those qualities, along with the government misconduct that led to my wrongful conviction, convinced the White House to grant me clemency,” Walters said. “I also hope this sends a strong message to law enforcement to refrain from illegal misconduct in pursuing their targets.”

Walters was convicted on fraud and conspiracy charges in 2017. Federal prosecutors for the Southern District of New York accused him of using insider tips from former Dean Foods Chairman Tom Davis to net more than $43 million. News reports at the time said Walters allegedly passed tips to pro golfer Phil Mickelson, who used profits from Dean Foods stock trades to pay off a gambling debt to Walters.

The White House last week said Mickelson supported clemency for Walters, though Mickelson’s lawyer then denied to ESPN that the golfer was involved.

The New York Times last week reported that Walters hired and paid “tens of thousands of dollars” to Trump’s former personal lawyer John Dowd. The newspaper also said Dowd had boasted to clients that his close relationship with the president would secure them clemency, particularly if their cases had been handled in the Southern District of New York.

Before the insider-trading case, Walters had been indicted four times on charges related to gambling but was never convicted. He once told “60 Minutes” that on any Sunday, he could have $2 million on the line betting on professional football games.

In 2016, Walters told Automotive News that he loved the car business because it offers a level playing field.

“You strictly reap what you sow,” said Walters, who grew up poor in Kentucky. “You take a guy who comes from where I came from — if it wasn’t for the automobile business, I don’t know where I’d be today.”