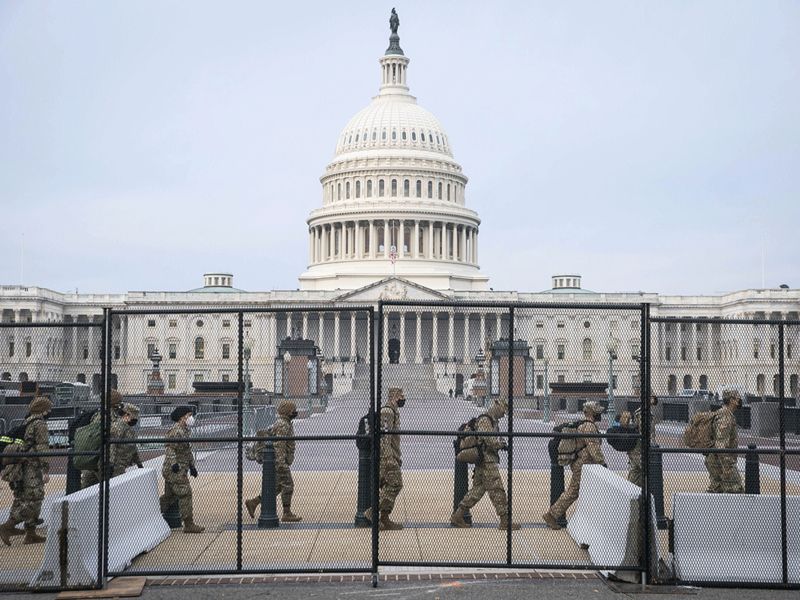 Industry groups including the National Automobile Dealers Association and American Bankers Association say they are evaluating their political contributions after last week’s invasion of the U.S. Capitol, described by NADA as “shocking, tragic and condemnable.”

The assessments come after a growing list of major corporations such as Ford Motor Co. said they would temporarily suspend donations to lawmakers on both sides of the aisle.

“As we have said, events over the past year have underscored the need for a broader, ongoing discussion about other relevant considerations when it comes to our employee PAC,” Ford said in a statement. “In order to give these important discussions the time and reflection they deserve, the Ford PAC will be suspending new contributions for now.”

The violent assault by a mob that stormed the Capitol on Wednesday, Jan. 6, temporarily delayed the certification of President-elect Joe Biden’s victory and left at least five people dead.

President Donald Trump has been widely accused of inciting the attack by repeating his claim at a rally Wednesday that the contest was “rigged,” despite the U.S. Justice Department stating no evidence of widespread voter fraud has been found that would alter the outcome. The House on Monday introduced an article of impeachment against him and plans to vote on it Wednesday.

NADA had donated hundreds of thousands of dollars to some of the more than 100 Republican lawmakers that objected to certifying the presidential election, according to a list of the top donors compiled by the Center for Responsive Politics, a nonpartisan research group. NADA donated $918,000 to some of the lawmakers who objected, according to the center, making it No. 6 among political action committee donors.

“NADA PAC is a grassroots PAC that donates to hundreds of members of Congress each cycle, and that has a long history of bipartisan engagement,” Jared Allen, NADA spokesman, said in a statement to Automotive News. “NADA PAC is currently assessing our political contributions going forward.”

The American Bankers Association — the No. 2 PAC donor to Electoral College objectors, according to the center’s data — will also be assessing its political donations.

The violent riot on Capitol Hill was nothing short of an assault on American democracy, according to a statement emailed by Ian McKendry, vice president of public relations for ABA, which includes auto lenders among its members. The center said ABA donated nearly $1.32 million to lawmakers looking to overturn the 2020 presidential election results.

“As we do after every election, we will meet with all of our stakeholders in the coming weeks to review our political activities from the last campaign cycle before making any decisions about future plans,” the statement said. “The troubling events of the last week will certainly be a consideration in those discussions.”