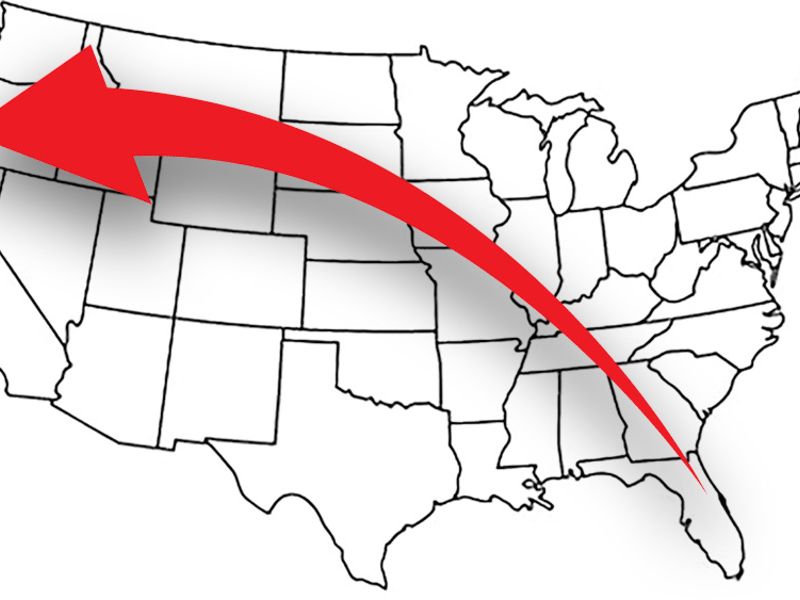 The next great opportunity to own a dealership could be just around the corner, but it may be in a different state. Or a different climate.

That can pose a dilemma for minorities looking to get into the business or expand their existing footprint: Move to a new locale or hope an opportunity eventually arises closer to home?

Irving Matthews, former chairman of the National Association of Minority Automobile Dealers, is ready to take a leap. Matthews, a dealer since 1991, has two Ford stores in Florida, as well as a Kia store in Atlanta that his son runs. Now, he’s adding a pair of stores selling Toyotas and Mazdas — in Portland, Ore., more than 2,500 miles from the rest of his business.

The deal means Matthews will have to rearrange his life for a while. He plans to buy a home in Oregon and split time between there and Florida.

“We have to be willing to take some risks sometimes and stretch out there,” Matthews said. “That’s a hell of a haul from Florida to Oregon, but it was worth it based on the size of the stores.”

Matthews, who learned of the Oregon stores through his accountant, is well established and has the resources to make a cross-country deal, but the decision to relocate can be trickier for those seeking their first ownership opportunities.

Minority dealer prospects are out there, but some would prefer to operate stores in the South or Southwest, a belt known as the Smile States. That can be a problem for automakers that are looking to diversify their dealer ranks but may only have openings in places where most candidates don’t live.

Uprooting raises numerous issues. Some come down to preferences, such as weather, but others require deeper analysis. Understanding the market dynamics is key, said NAMAD President Damon Lester, who advises the group’s members not to be afraid of cold weather.

“A lot of opportunities do reside in the Northeast corridor,” Lester said. “The challenge is, if you’re not from up north, it is difficult to try to sell vehicles in the North. It’s a different mindset and a different type of pace than if you are in the South. Real estate is a lot more expensive up north.”

For candidates who would rather wait for an opening in a Southern state, the odds can stack up against them as time goes by, said Mitch Mitchell, executive director of the Chrysler Minority Dealers Association.

For one, automakers’ dealer networks are mature, Mitchell said, so there aren’t many open points available. “That’s the first thing you have going against you if you want something soon,” he said. “Second of all is, just as the minority candidates want those opportunities in the Smile States, so do the experienced minority dealers who already have stores. They want them there, and so do the nonminority dealers who already have stores.

“In short, the demand for those points is unbelievable. So, one, you’ve got high demand, and then two, you’ve got low supply.”

Mitchell said minority candidates, in some cases, should consider partnering with another more experienced dealer — whether a minority or not — to get their first taste of ownership.

Candidates looking to buy a dealership in this environment may need to have “a bit more capital and/or collateral to make the banks more comfortable” than they would otherwise, Mitchell said. Banks will recognize that sales are rebounding but also take into account the added risk dealers now face.

“Banks are looking at all those things, so that’s something that candidates may run into,” Mitchell told Automotive News. “But I think [it] is still a good market for buy-sells.”

Then there’s the cultural aspect. Suddenly being one of the few Black residents in town, for instance, can be a jarring shift for some. A.V. Fleming, executive director of the Ford Motor Minority Dealers Association, said profit potential isn’t the only factor to consider.

If the candidate is a person of faith, Fleming mused, can they find a place of worship that supports their spiritual needs? He also mentioned the importance of barbershops, which serve as pillars of social discourse and camaraderie in many Black communities. The loss of those connections can’t be overlooked, he said.

The adjustment of having a minority-owned business in a town with little diversity isn’t confined to the dealer. While some dealership staffers wouldn’t have a problem embracing someone with different cultural experiences, Fleming said, that may not be the case with everyone.

“They may even work with somebody that looked like me, but they never reported to somebody that looks like me. That’s a big difference,” Fleming said. Treating others right may not always get them to accept minorities because “the world is more complicated than that.”

Magnus Walker Explains Why The Dino 308 GT4 Is Still Worth Loving
James May Checks Out An Awesome Electric MG Roadster
2021 Mercedes-Benz E 450 4Matic Has All You Could Want From A Luxury Sedan
CarGurus promotes finance chief Jason Trevisan to CEO
Bloodhound land-speed record project up for sale, again