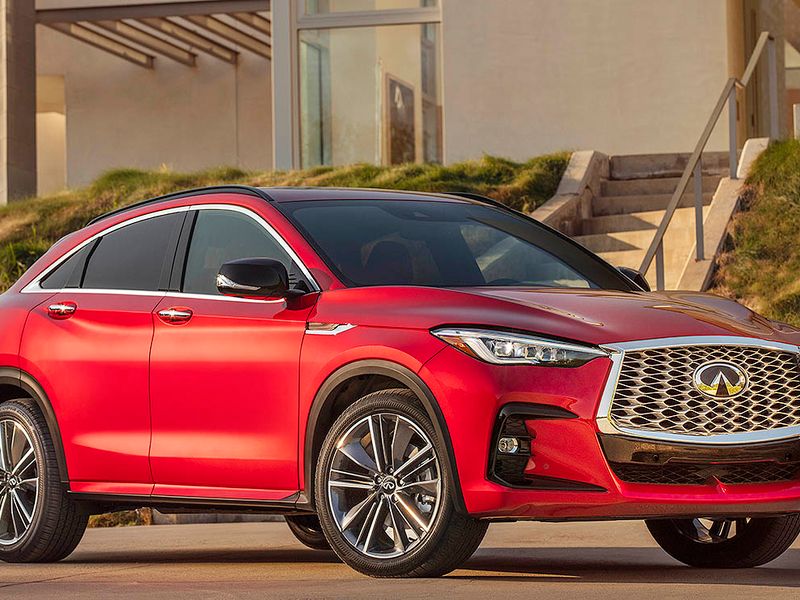 As Infiniti reinvents its product portfolio and brand strategy, the Japanese automaker’s latest model returns to a market segment it helped invent.

The QX55 coupe-style crossover, scheduled to arrive in U.S. stores next spring as a 2022 model, positions Infiniti in the high-margin sporty crossover segment now dominated by Germans brands.

“This is the first vehicle in Infiniti’s turnaround strategy and also shows the element of where we’re going with the brand,” Pope said. “It’s going to attract an individual that’s style-oriented, possibly younger.”

Coupe-like crossovers are finding a market among young families by combining the utility of a crossover with the sporty styling of a sedan. U.S. sales of luxury crossover coupes rose 34 percent last year, led by the Audi Q8, according to AutoForecast Solutions.

The QX55 showcases Infiniti’s desire to capture buyers looking for something beyond the traditional crossover, said Jessica Caldwell, executive director of insights at Edmunds.

“Infiniti is a brand that is sporty and design-focused, so a sleek SUV fits well within its brand ethos,” Caldwell said.

When it launches next year, the QX55 will be the only Japanese luxury model in the crossover coupe category — a segment Infiniti virtually invented in the last decade with the FX performance crossover.

Based on the 350Z, the FX had the “soul of a sports car in clothes that resembled SUVs,” said Tyson Jominy, vice president of the Power Information Network at J.D. Power.

“While the QX55 doesn’t quite have the same sports car genes, this is Infiniti’s attempt to return the brand a bit to its heritage and its more daring past,” Jominy said.

“The difference is estimated to produce 40 percent to 50 percent higher profit per vehicle sold, albeit on much lower volume,” he said.

The QX55 is based on the redesigned QX50 compact crossover that debuted a variable-compression engine designed to deliver V-6-like performance from a four-cylinder engine.

While the new model shares design elements with the QX50, the fascia is different and sports a new double-arch grille that features an “origami-inspired mesh pattern.”

The grille is flanked by standard LED headlights that mimic the human eye, Infiniti said. The fog lights are surrounded by angular gloss-black accents deeply set into the front fascia.

At the rear, digital “piano key” taillights combine 45 separate LEDs in a single housing to create a light signature.

The Infiniti logo on the tailgate houses the power liftgate release.

A cabin-forward layout maximizes interior room. The QX55 has 26.9 cubic feet of cargo behind the second row and up to 38.7 inches of rear-seat legroom.

Laminated front side glass and Active Noise Cancellation technology help quiet the ride. The QX55 uses three microphones inside the cabin to detect unwanted frequencies and offsets those with “phase-shifting noises” transmitted through the speakers.

The vehicle’s dashboard is anchored by dual, high-resolution touch screens for infotainment and vehicle controls. An available head-up display delivers driving information on the windshield in a 9-inch area.