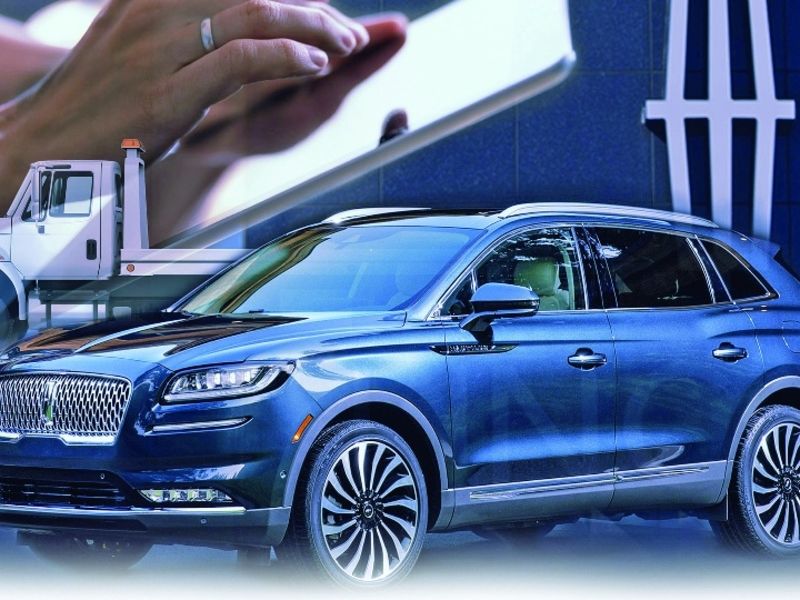 In a tough year for much of the industry, Lincoln is gaining market share faster than most of its rivals. But it’s also selling the industry’s least-reliable vehicles, according to a new survey that signals the luxury brand could have trouble keeping those new customers coming back.

Through a combination of fortuitous product timing and the foresight to invest in remote customer experiences ahead of the coronavirus pandemic, Lincoln is tied with Tesla for this year’s biggest share gains among luxury brands, according to internal company data. Lincoln’s share has risen eight-tenths of a percentage point to 5.5 percent.

At the same time, Lincoln ranked last in the latest installment of Consumer Reports‘ annual reliability study, out last week. Its average reliability score was just 8 out of 100 — 21 points below Tesla, which was second to last. (See story, Page 21.)

Lincoln was “dragged down” by its crossover-focused lineup, including the new Aviator and Corsair, the magazine said. But the brand is relying on those same vehicles to continue increasing its market share and sales as it phases out its last U.S. sedan, the Continental.

The sales numbers bear it out, officials say. Lincoln recorded its best global October sales in 34 years with a 27 percent gain, Falotico said. The performance was driven largely by China, where the brand has posted five consecutive month-over-month increases.

Lincoln’s U.S. sales rose 2.8 percent in October, and though they were down 5.6 percent in the first nine months of the year, that’s far better than the 18 percent decline for the industry overall. Lincoln entered the pandemic with a new Aviator and a redesigned Corsair that largely kept it afloat. “It all starts with the product,” said Falotico, who spoke with Automotive News before the Consumer Reports survey was released. “I think we were really fortunate to have those two vehicles in the lineup.”

Lincoln said it was taking “additional steps to further improve quality” and noted a J.D. Power study that ranked Ford Motor Co. third overall for vehicle dependability. “Some early issues with the new Aviator at launch clearly impacted our performance in the CR study,” Lincoln said in a statement, “but we continue to work relentlessly to address client concerns and have taken actions to improve the quality.”

Aside from the fresh product, executives say Lincoln was able to dodge the worst business effects of the pandemic because it had implemented remote customer service experiences that other brands had to figure out on the fly.

Lincoln announced in 2016 that it would offer pickup and delivery of all models, and executives say the number of times customers have used the service has grown 50 percent year over year since. As of Nov. 1, the brand completed more than 200,000 pickups or deliveries this year, including roughly 23,000 in October.

“This is a service our clients truly value and one our collective team really leaned on — and continues to lean on — this year,” Michael Sprague, Lincoln’s North America director, said last week.

Also, early this year, the brand was piloting a remote sales experience through AutoFi, slowly rolling it out in targeted markets. Lincoln pivoted when the pandemic struck.

“We went very quickly from phased launch to full launch across the nation,” Falotico said.

Despite the successes, there’s cause for concern. The brand has struggled with models such as the Nautilus midsize crossover, which sits in the largest luxury segment. The vehicle was redesigned two years ago, but sales have fallen 31 percent so far this year.

Lincoln last week announced a freshening focused on the interior that executives hope will pull customers back. The Nautilus competes against vehicles such as the Cadillac XT5, Lexus RX, BMW X5 and Audi Q5. Despite the fanfare for newer products, executives say the Nautilus remains relevant. “It’s really important to our lineup being in the heart of the busiest segment,” Falotico said. “Corsair is roughly 10 inches shorter and Aviator is roughly 10 inches bigger. It clearly has a space of its own for Lincoln. We’ll continue to keep it fresh.”

Biden to pick FTC’s Chopra to steer CFPB
Can The BMW M440i xDrive’s Driving Dynamics Overshadow Its Looks?
In 14-brand Stellantis, who will make the cut?
Tesla to establish a new showroom and service center in Austin, Texas
The Aston Martin Callum Vanquish 25 ‘Restomod’ Is All About The Small Details