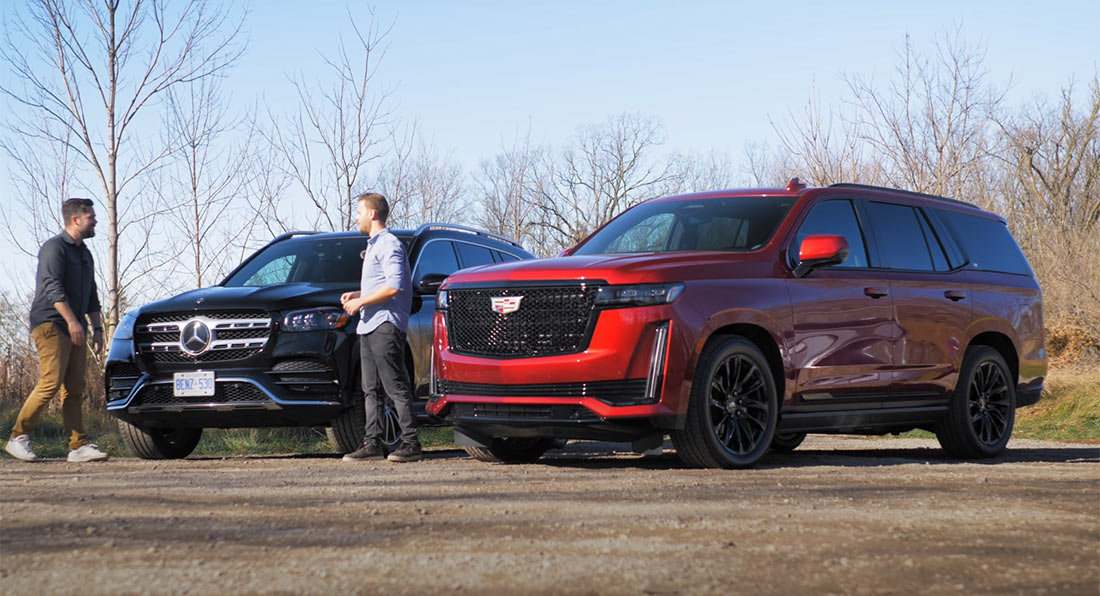 The new Cadillac Escalade is an absolute beast of a thing. However, is it good enough to rival one of the finest luxury SUVs on the market, the Mercedes-Benz GLS 580?

As such, it is little surprise that it is the Merc that has the performance advantage over the Cadillac. However, these two SUVs are about much more than performance; they are about luxury.

Read Also: 2021 Cadillac Escalade Embraces Luxury And Tech To Distance Itself From Tahoe And Yukon

The Escalade Sport Platinum comes standard with air suspension, but isn’t actually as comfortable as you may expect. It’s a similar story with the GLS 580; its suspension is simply not up to the standards of the S-Class, despite Mercedes-Benz marketing the GLS as the ‘S-Class of SUVs.’

Both the Escalade and the GLS are loaded with tech. Most notably, both have expansive digital instrument clusters and infotainment systems. The reviewers say that while the Mercedes has more going on inside, the Escalade is still a great place to spend time in.