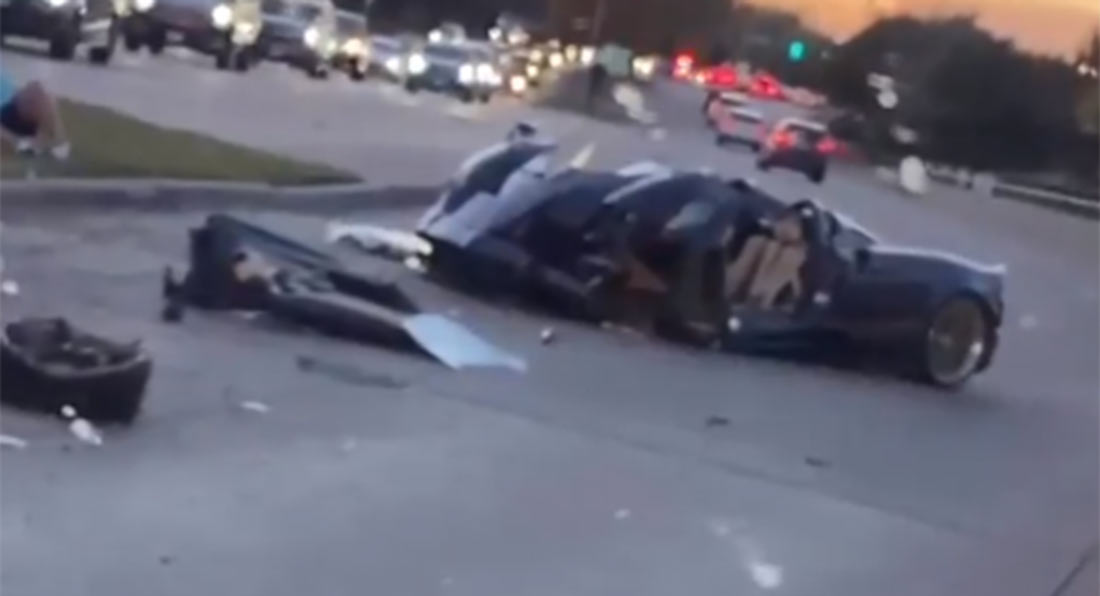 A Pagani Huayra Roadster has been left with serious damage after being crashed by the teenage son of the owner.

The Huayra Roadster in question is chassis 76029 and has a unique purple carbon fiber exterior finish. Only a handful of images and videos of the incident had surfaced online at the time of writing, but despite their low quality, they reveal that the Italian hypercar will be very costly to repair.

It appears the front of the vehicle has sustained most of the damage, as the hood can be seen bent upwards while much of the bumper has been smashed. In addition, at least one of the front wheels has been torn from the car, as has the driver’s door, suggesting the Huayra Roadster had a various serious shunt. Moreover, the airbags were deployed and parts can be seen strewn across the road.

It has been confirmed that the driver, 17-year-old Gage Gillean who runs the GG Exotics channel on YouTube, was behind the wheel with a fellow content creator in the passenger seat. Both escaped the crash without serious injuries.

As noted by The Drive, the Huayra Roadster was delivered to owner Tim Gillean back in June, joining a fleet of other exotics in the family’s collection that includes a McLaren Senna, Lamborghini Urus, Bugatti Chiron and Rolls-Royce Dawn, among others.

Pagani only ever built 100 examples of the Huayra Roadster and finished production earlier this month. In all likelihood, the company will be tasked with repairing the hypercar and returning it to its former glory. 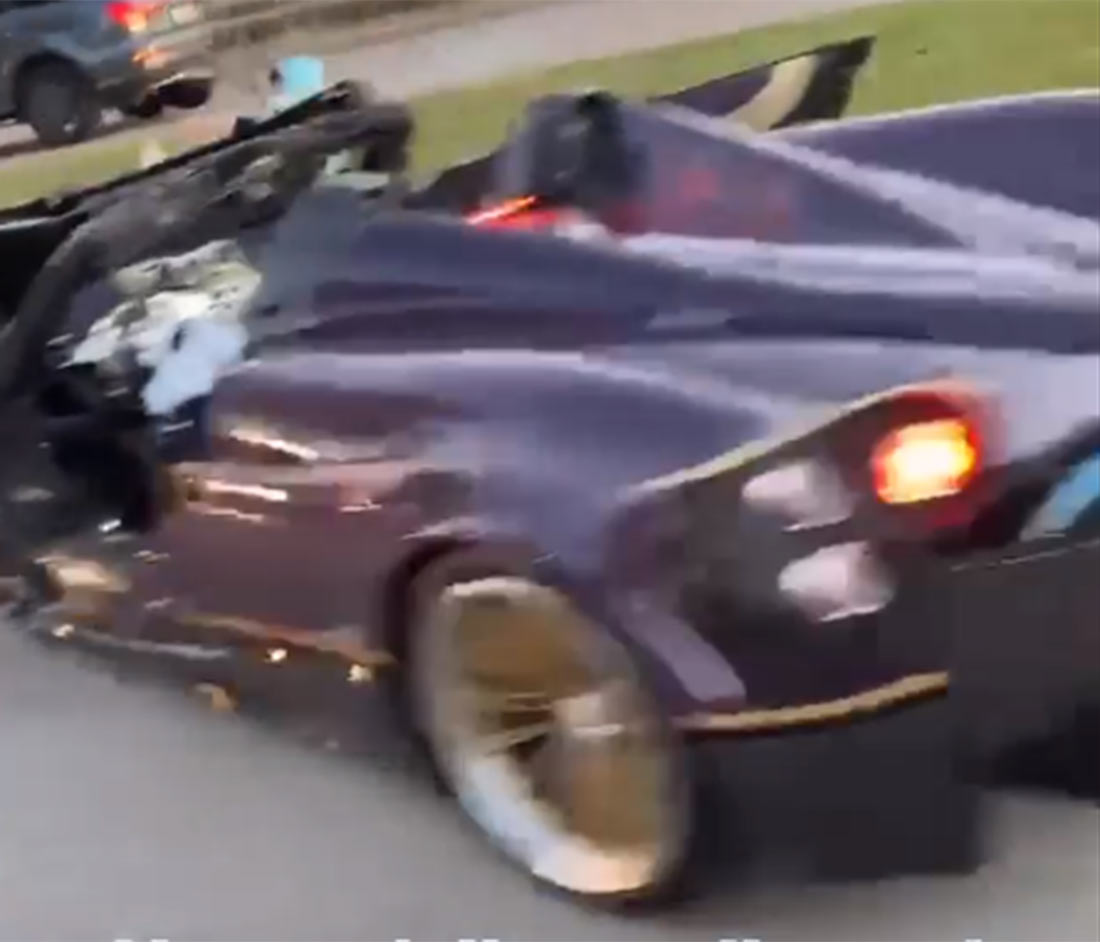