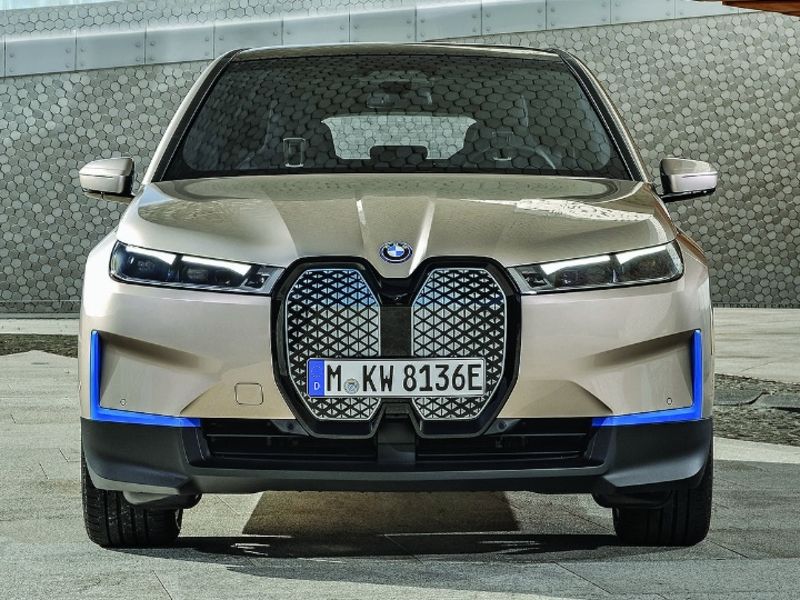 Calling the kidney grille on BMW’s newly unveiled electric crossover, the iX, “big” might be an understatement.

For all of the advanced technology and luxurious features packed into the iX, many reviewers and social media users had a tough time averting their gaze from the front end.

“Remember when those little chrome morsels were like a dollop of caviar on a water cracker?” wrote Amelia Dalgaard of MotorHeadMama.com. “Now they’re slapped on the front end like a slice of bologna on Wonder Bread. What blasphemy.”

BMW’s Twitter page responded to some of the criticism with good-natured humor. “It’s not too big, it’s just more to love,” the account responded to one grievance.

“Whoever is in the design department for this bad boy is high on the best drugs money can buy,” tweeted another fan. BMW replied: “We’ve heard it all before and yes, the grille is bold, courageous and it triggers strong emotions. But the iX wears it so well — just admit it.”

Because the iX is electric, the grille isn’t needed for cooling purposes, as BMW explained. It houses a number of cameras and sensors used for automated driving.

“This nose is just ridiculous,” Twitter user @danilpiatov01 lamented in response to a video BMW posted of the iX.

“Do you mean it took ridiculously long to come up with such a great design?” BMW proffered.

“Sure,” the commenter deadpanned. “That’s what I mean.”

The McLaren Sabre Is Just Like A Senna That Looks Better
The New BMW M3/M4 Drift Analyzer Is Fun, But Could It Be Dangerous?
Waymo ranked No. 1 among automated driving systems companies
Say Hello To The Colorful Ford Clown Victoria
SAE refines levels of automation in push for system clarity