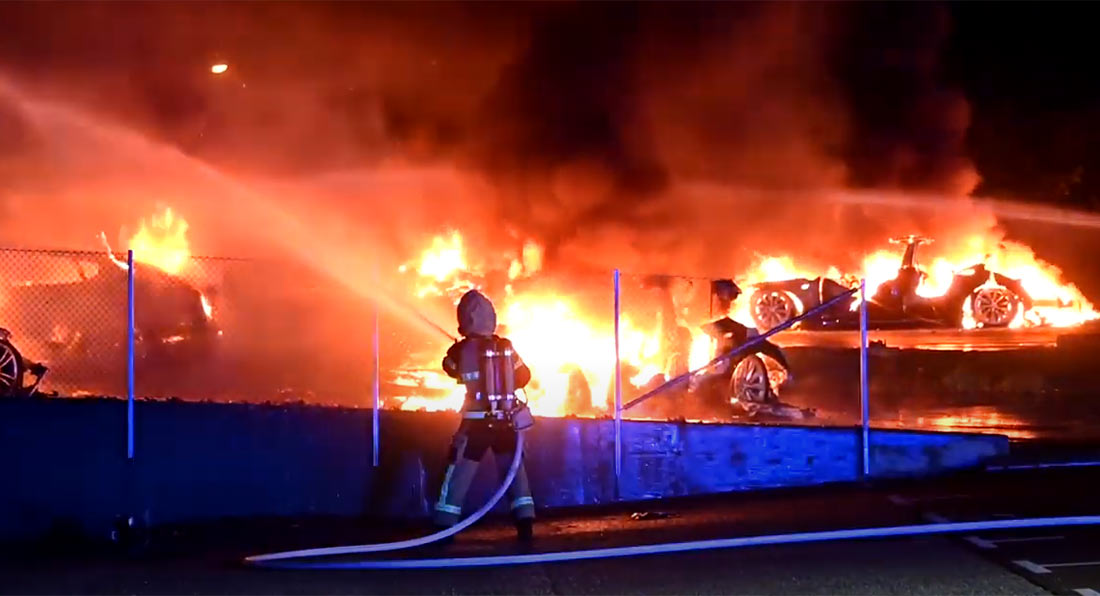 
At least seven Teslas were destroyed after a fire ripped through a Tesla store in Malmö, Sweden.

The incident happened earlier this week and while fire crews quickly attended the scene, they were unable to save the burning Teslas. Fortunately, the flames were extinguished before they reached the building itself.

Speaking with local media outlet SVT, rescue leader Magnus Köhlin said he had a hard time believing that the fire was triggered by natural causes, suggesting that the blaze may have been started intentionally. He says police are investigating the fire.

SVT adds that a message was sent out to local residents about the dangerous smoke from the fire.

Footage from the scene shows that a handful of the vehicles destroyed by fire were Tesla Model Ss and what looks to have been at least one Model 3. No one was injured in the blaze.

Interestingly, this isn’t the first time there’s been a fire at the Tesla store in Malmö. Electrek reports that the store and service center also caught fire back in December 2017. In that case, the fire is thought to have started inside the building itself and destroyed a handful of models.