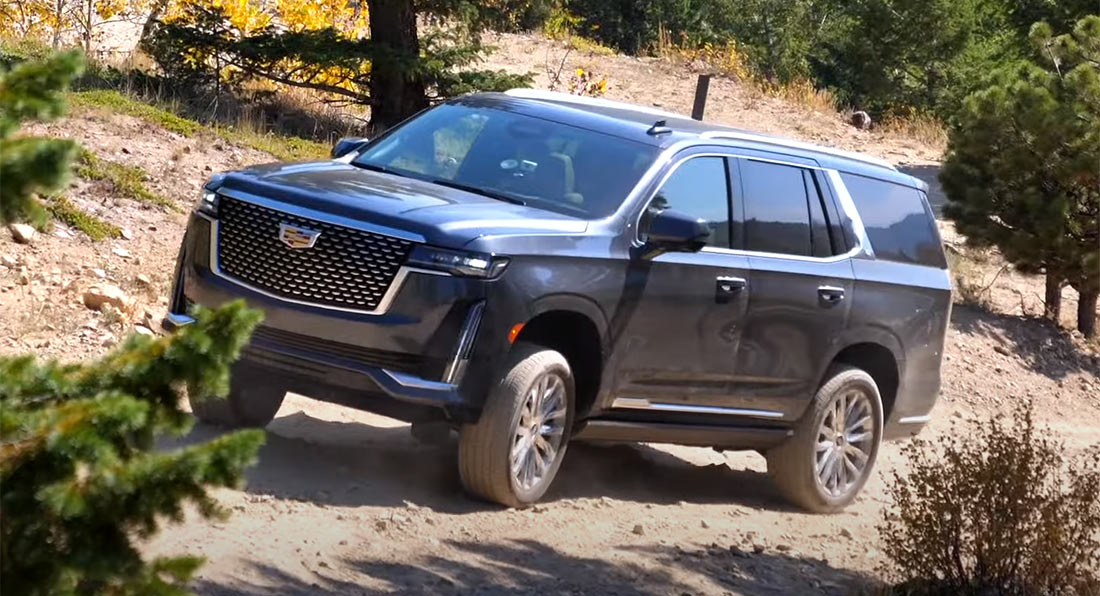 
We recently had the opportunity to test drive the 2021 Cadillac Escalade and were left very impressed. One thing we didn’t do with it during our time with it, though, was take it off-road. Fortunately, TFLoffroad has done just that.

During testing, they drove the new Escalade along some tricky off-road trails and, while these trails weren’t the kind that would push a Jeep Wrangler to its limits, they were difficult enough to show that it’s capable of more than simply acting as a luxurious SUV for the street.

The Escalade tested was fitted with the company’s familiar 6.2-liter petrol V8, the same engine our test car had. This engine is good for 420 hp and 460 lb-ft (624 Nm) and proved to be a good fit for the massive SUV on the street. As it turns out,it also offers up enough grunt when driven off-road, helping the Escalade up ‘Tombstone Hill’ in the Colorado Rockies that TFLoffroad likes to test off-roaders on.

Cadillac has said that it will add a 3.0-liter Duramax turbodiesel inline-six to the luxury SUV’s range later this year as a no-cost option. This engine should deliver 277 hp and 460 lb-ft (624 Nm) of torque, although it remains to be seen how popular it will be among buyers.

Will anyone buying the new Escalade ever take it off-roading? In all likelihood no, but it’s good to know it won’t become stranded the moment it sees some gravel.