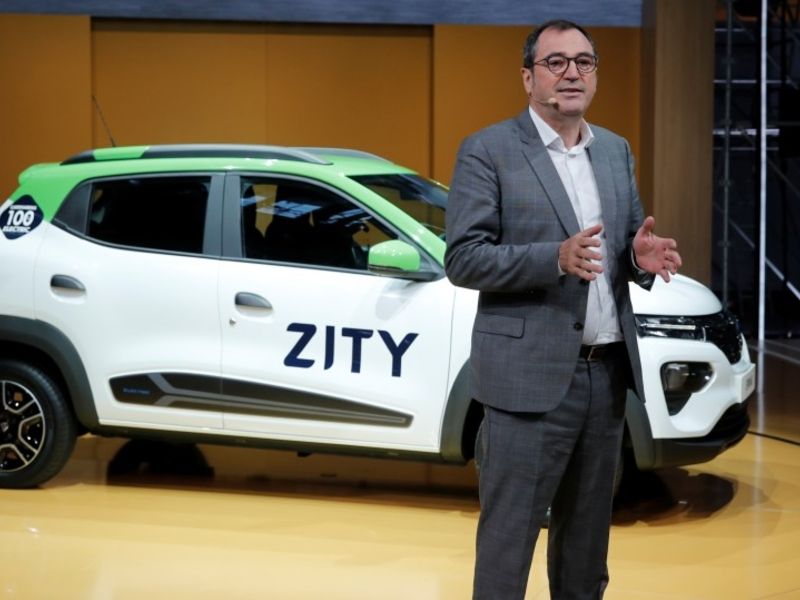 PARIS — Dacia will introduce the Spring electric minicar first for short-term rental ventures, as it tests the market for a low-cost EVs built in China.

The Spring, shown during an online event Thursday, is a version of the Renault K-ZE developed for the Chinese market and now sold there by Renault Group’s joint-venture partner, Dongfeng Motor.

Orders for private customers will open next spring, and the EV will appear in European showrooms by the third quarter of 2021.

With the Spring and the Renault Twingo Z.E., the group will have two electric vehicles in Europe’s minicar segment.

A report this week said that PSA Group would not replace the Peugeot 108 and Citroen C1, and Fiat Chrysler Automobiles CEO Mike Manley has said FCA will exit the segment.

Among electric minicars on the market now are the Fiat New 500, an electric version of the segment mainstay that was launched this year, and three Volkswagen Group models: The VW e-Up, the Seat Mii Electric and the Skoda Citigo-e iV.

Dacia has not announced a price for the Spring, but Renault Group CEO Luca de Meo said it would be the least-expensive EV in Europe. Chinese-market versions sell for less than 10,000 euros, although homologation changes are likely to raise the price in Europe.

The Twingo Z.E., which starts at 21,350 euros before any government incentives, and the VW Group models, at around the same price, are the current EV price leaders in Europe.

The Spring aimed at short-term rental operations, including Renault’s Zity service in France, is designed to accommodate geo-location technology and remote door-opening with a smartphone app.

It is designed to withstand the rigors of such services with black stain-resistant seats, door sills and floor mats.

Dacia will also launch a cargo version of the Spring, without rear seats and with 800 liters of capacity compared with the base version’s 300 liters (without seats folded down), Denis Le Vot, head of regions, sales and marketing at Renault said on Thursday. The cargo version is aimed at “last-mile” urban deliveries, Renault said.