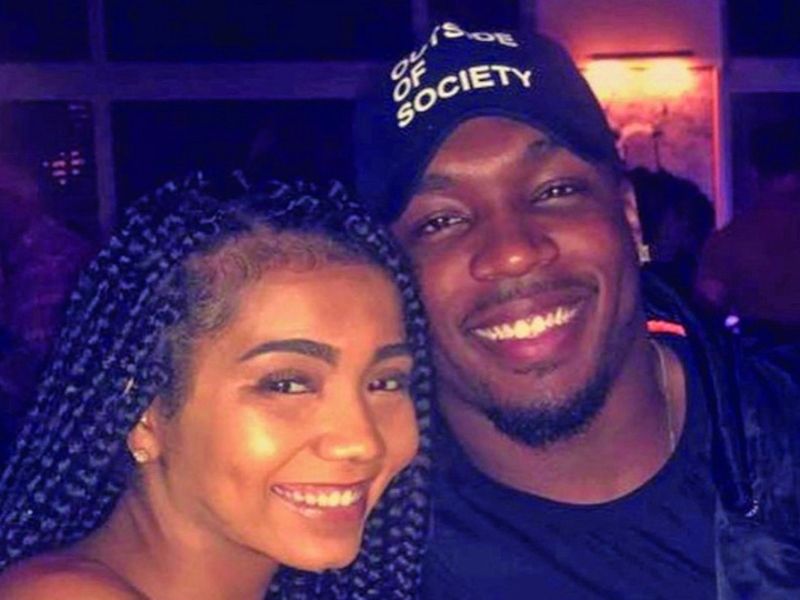 Startup company Emergency Safety Solutions, known as ESS, reached out to him about its emerging product being developed for automakers and that is under review by safety regulators.

Smith, 28, now with the Las Vegas Raiders in his seventh NFL season, has become a product spokesman for ESS.
“I wanted to team up with ESS to help save the world and have nobody go through what I went through,” Smith told Automotive News.

The stakes are high as the auto industry implements new technologies designed to improve safety and save the lives of passengers as well as pedestrians. But regulatory challenges loom.

One study by Impact Research found that more than 70,000 people are involved in crashes involving stationary and disabled vehicles each year in the U.S., including 566 fatalities. The study said fatalities can be avoided with enhanced lighting features on vehicles when they are pulled over or disabled.

ESS is moving ahead with R&D and regulatory steps for its Hazard Enhanced Lighting Package, or H.E.L.P.

Stephen Powers, COO and co- founder of ESS, said the proposed system features a flash pattern that is cost effective, easy to implement and doesn’t significantly alter the architecture of the vehicle.

“It’s all based on eliciting the best response,” he said.

Hazard light technology has not been updated since its inception in 1951, Powers said.

ESS says its system is more eye- catching with five flashes per second, while a digital alert is sent to nearby drivers to warn of the disabled vehicle ahead.

Powers said NHTSA is reviewing the request and that ESS believes there is full policy alignment and compliance with Federal Motor Vehicle Safety Standard No. 108, which pertains to lamps and reflective devices. He said the lights could be implemented as soon as next year or as late as three years from now.

Six automakers have expressed interest in the package, he said. As is typical with emerging automotive technologies, the supplier declined to identify the automakers.

ESS, in a submission to NHTSA, described the system this way:

Smith’s story wasn’t the only inspiration for bringing the product to market.

In 2014, ESS co-founder and CEO David Tucker was almost hit by a car while he was changing a tire on the side of the road.

Tucker is the former president of Canyon Offshore Inc., an energy industry contractor, and has more than 25 years of experience as an entrepreneur.

ESS, of Houston, was incorporated in 2018 and has a team of nearly 20 people. Its eight-member board of directors includes Andrew Coetzee, whose resume includes 30 years of product planning experience at Toyota Motor Corp. in North America and Japan.

ESS said it holds 46 patents for different aspects of the hazard lighting system, including a U.S. patent to enhance the communication system for vehicle hazard lights.

“Because we own our broad and growing patent portfolio and will be the technology licensor,” said an ESS spokeswoman, “this is how we will ensure consistency of deployment of the H.E.L.P. solution across all makes and models globally that choose to adopt it.”

The uncertain regulatory environment surrounding new safety measures makes it difficult for automakers to adopt technologies such as H.E.L.P.

NHTSA has been under growing criticism in Congress, which says it has not been moving quickly enough on safety measures in recent years — even for regulations already on the books.

Cathy Chase, president of Advocates for Highway and Auto Safety, said in a statement to Automotive News that her group does not endorse products but does value research that will help reduce motor vehicle crash injuries and fatalities.

“If it increases conspicuity and reduces collisions and the concomitant injuries and fatalities, it would be welcome news,” she said.

She said that along with the benefits of the technology come concerns. There is the possibility of other drivers confusing the lights with emergency vehicles, increased distractions and problems for those with photosensitive epilepsy.

“In the interim, while the NHTSA conducts its evaluation, it is an opportune time for the agency to require advanced driver-assistance systems, such as automatic emergency braking, in all vehicles, which could help prevent collisions from occurring in the first place,” she said.