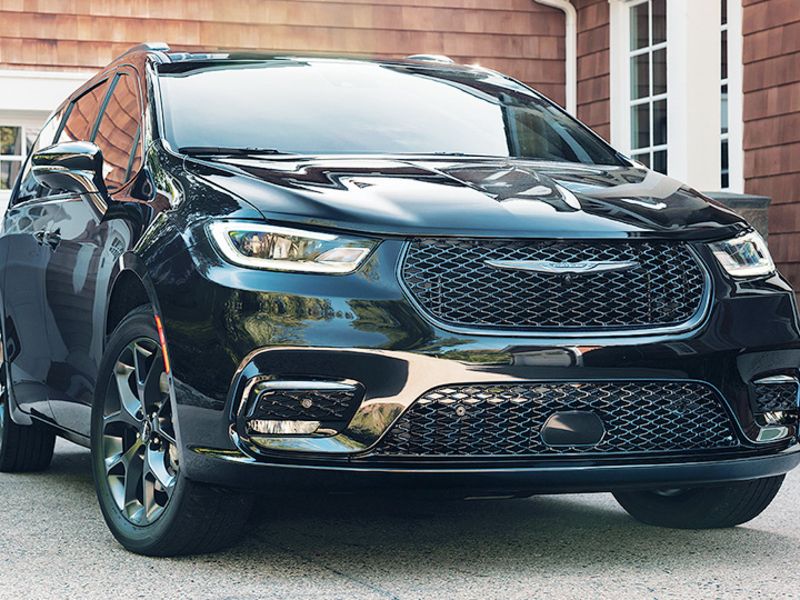 After adding the Voyager minivan to its small lineup last year, Chrysler is back with new technology and revamped styling for the Pacifica and a slimmer set of offerings for the aging 300.

The brand goes into Fiat Chrysler Automobiles’ planned merger with France’s PSA Group with three vehicles, and it remains to be seen whether the tie-up will lead to additions down the line.

300: The large sedan is back for 2021 with a simplified three-trim setup. The 300C that once sat atop the lineup is gone, making the 300S the most loaded option. Added as standard on the 300S and 300 Touring L are the ParkSense front and rear park-assist system, blind-spot monitoring and rear-cross path detection. Production is expected to continue through 2023.

Voyager: The Voyager, added to the lineup in 2019 as a value-based alternative to the Pacifica, could pick up the slack for the Dodge Grand Caravan, which is being discontinued in the U.S. after the 2020 model year and has ended production. The 2021 Voyager gets a new black lower grille texture across the lineup. A redesign isn’t expected until 2026.

Pacifica/Pacifica Hybrid: The minivan has been freshened for the 2021 model year and is due to arrive in the fourth quarter. The gasoline version is available with all-wheel drive, a feature that made its debut toward the end of the cycle for the 2020 model. The Pacifica is the first Chrysler minivan to offer awd since 2004. The freshened model receives a restyled grille to go along with a new all-LED taillight spanning the width of the vehicle — similar to that of the Dodge Durango and Charger. The latest Pacifica will serve as the launching pad for FCA’s fifth-generation Uconnect infotainment platform. The 2021 model gets a new top-end Pinnacle trim. A redesign isn’t expected until 2026.