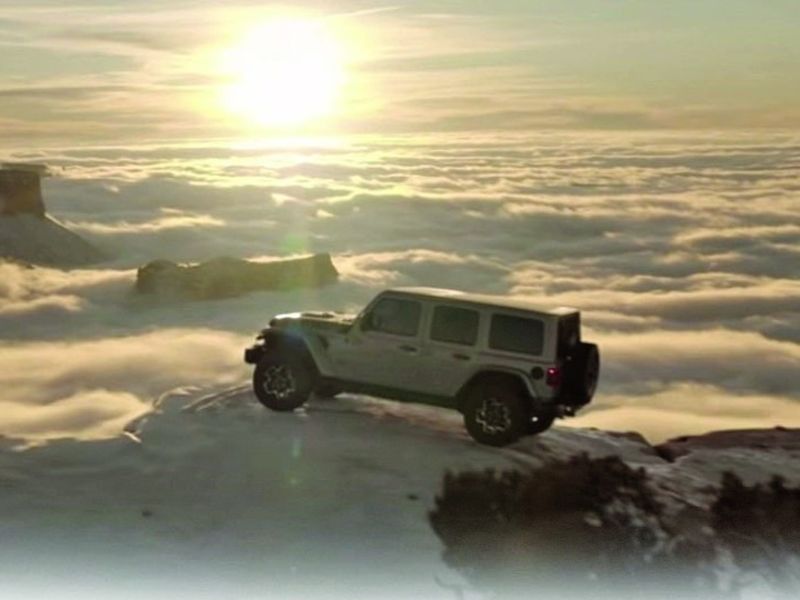 It was, on the face of it, an outlandish pitch. Sagan’s words, which described a picture of Earth captured from the far reaches of space in 1990 by NASA’s Voyager 1, have come to symbolize the fragility of our planet, a rallying cry for environmentalists. Jeep’s gas-burning SUVs don’t project an image that Druyan wanted linked with her late husband, the famous astronomer and science writer.”My first question was, ‘Is this for an internal combustion engine?’ And he said yes. And I said, ‘Please come back when you have an electric vehicle,’ ” Druyan told Ad Age last week.

Francois, known for never taking no for an answer, did not give up on the idea. And when the automaker finally greenlighted plans to electrify Jeep’s lineup, he got Druyan back on the phone.

“He said, Annie, we built you a car. And I was so flattered and delighted,” says Druyan, a longtime writer and producer and founder and CEO of Cosmos Studios, a maker of science-based entertainment.

The resulting ad for the upcoming Wrangler plug-in hybrid debuts on TV this week during Fox’s broadcast of “Cosmos: Possible Worlds.” It comes as Jeep begins an electric ambush that, in the coming years, will include electrification options on all of its nameplates.

The spot begins with a reference of the shot taken from Voyager 1 that showed the Earth as a tiny speck. Sagan famously lobbied NASA to have the spacecraft turn around and take a final shot of the planet just before its cameras were shut off forever. The image formed the basis of his 1994 book, Pale Blue Dot: A Vision of the Human Future in Space.