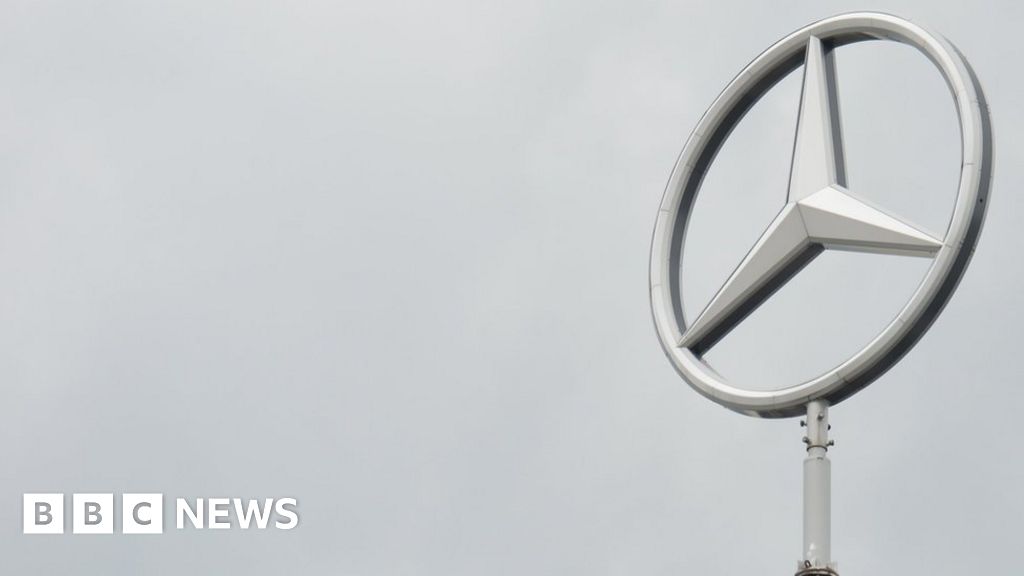 German carmaker Daimler, which owns Mercedes-Benz, has agreed to pay $1.5bn (£1.2bn) to resolve US government claims that it designed its diesel vehicles to cheat air pollution tests.

The firm was investigated for installing software to evade emissions laws in 250,000 Mercedes cars and vans.

US officials said they hoped the fine would deter future misbehaviour.

Daimler called the deal an “important step” towards resolving diesel proceedings but denied the claims.

In addition to the $1.5bn settlement with US authorities, Daimler said it had agreed to pay $700m to settle a class action lawsuit brought by owners.

It also disclosed “further expenses of a mid three-digit-million EUR amount to fulfil requirements of the settlements.”

The deals, which Daimler had said it was nearing last month, conclude an investigation that the US started in 2016, after “defeat devices” were discovered through testing.

Officials said that an $875m fine included in the $1.5bn settlement with authorities is the second-largest civil penalty the US has ever imposed under its Clear Air Act and the largest if measured on a per-vehicle basis.

Daimler has also agreed to fix the affected cars, which were sold between 2009 and 2016, at no cost to their owners. US officials said that commitment was worth about $400m.

At a press conference on Monday, Andrew Wheeler, the head of the US Environmental Protection Agency, said: “The message we are sending today is clear: We will enforce the law.

“If you try to cheat the system and mislead the public, you will be caught. Those who violate public trust in pursuit of profits will forfeit both.”

The penalties are the latest in a wide-ranging scandal that has cast a cloud over the motor industry since 2015, when Volkswagen admitted to installing secret software on vehicles sold in the US.

The system allowed the cars to emit up to 40 times legally permitted emissions and evade detection during tests.

Volkswagen later admitted the devices affected more than 11 million vehicles globally. The company more than $20bn to resolve claims in the US alone.

But investigations soon widened to other companies, including Ford, Mitsubishi, and Nissan.

In 2018, Daimler recalled more than 700,000 vehicles in Europe that had “defeat devices” installed. BMW and Porsche have also recalled cars over the issue.

Fiat Chrysler in Europe were raided this summer over the matter. The firm agreed to an estimated $800m settlement to resolve civil claims in the US in January.

Daimler said the US settlement concerned vehicles that were not sold in the same configurations in Europe.