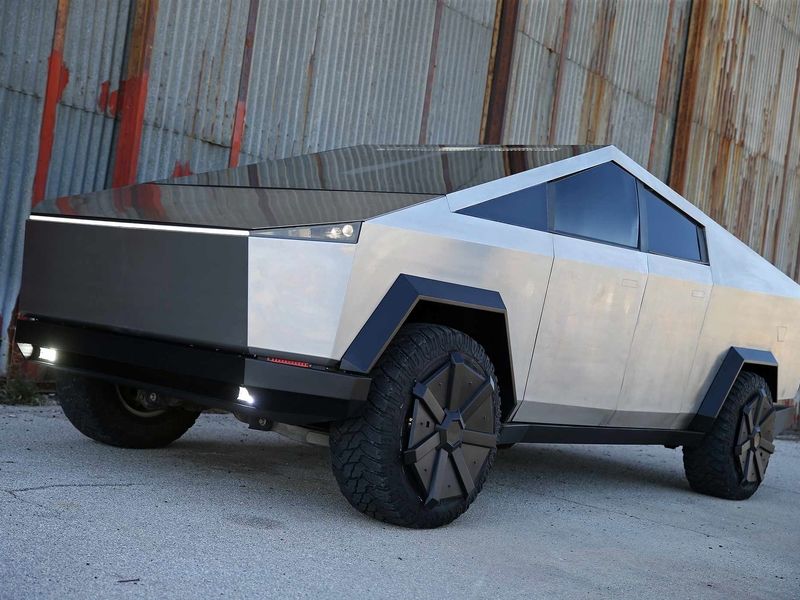 MOSTAR, Bosnia — A Bosnian fan of both Ford trucks and Elon Musk’s Tesla could not just sit on his hands waiting for the electric carmaker to release its Cybertruck, expected in late 2021. Instead he came up with his own version of the futuristic vehicle.

It took eight months for IT specialists and engineers at Igor Krezic’s Stark Solutions company to disassemble a rugged Ford Raptor F-150 into its smallest parts and then transform it into a gasoline-powered vehicle that resembles a Cybertruck.

The first drive through the streets of the southern town of Mostar drew a lot of attention, Mario Coric, the company manager, told Reuters.

“Everybody was watching and half of them thought we made a tank, because people don’t know what the Cybertruck is. One girl even stopped and asked if this is the place where they are producing Tesla Cybertruck,” Coric said on Friday.

Krezic declined to speak to Reuters.

Though it may not look identical to Cybertruck’s functional prototype, the pickup captures its spirit.

“The owner wanted us to combine two opposite sides — Ford and Cyber — because he is a fan of both Tesla and Ford, so we merged two souls into one,” he said.

“This one uses gasoline and Tesla uses electricity. We tried to copy as much as possible but our car is not the same size as the Cybertruck,” Coric added.

There was no immediate comment from Tesla and Ford.

Coric said Stark Solutions was now trying to register the pickup to be able to drive it on roads but they were encountering problems because sharp vehicle edges like those seen on the Cybertruck are banned in Bosnia.

With a starting price of $39,000, the Cybertruck resembles an armored vehicle and takes aim at the heart of Detroit automakers’ profitable truck business.