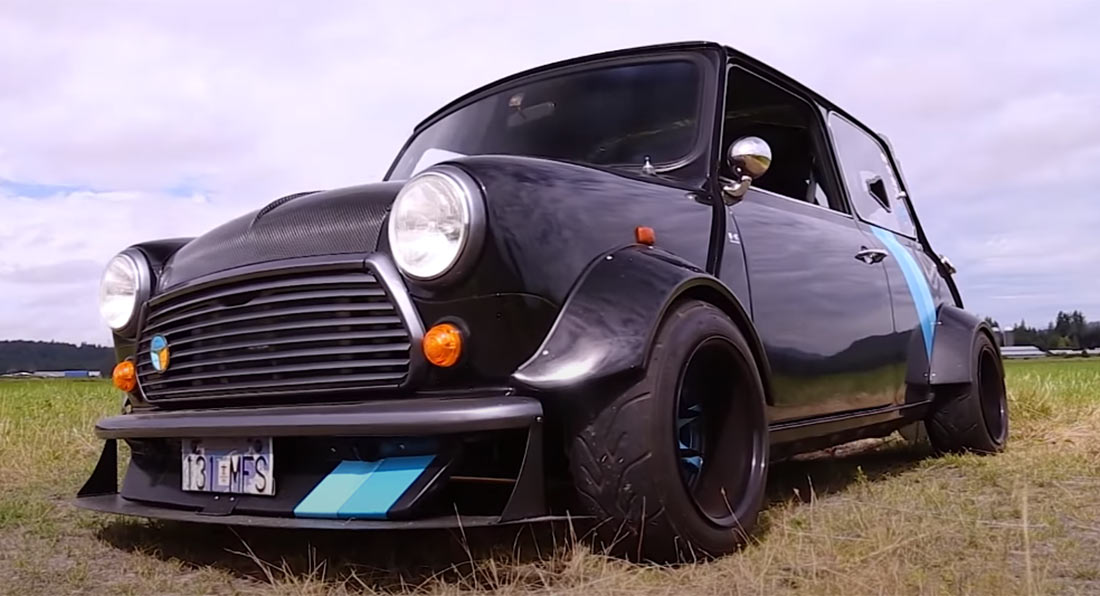 
What do you get when you combine a classic Mini with a high-revving motorcycle engine? A creation that is unlike any other on earth, that’s what.

This particular Mini is a 1991 example and owned by an enthusiast up in Canada. Engine swaps in classic Minis are not rare, but what’s interesting is that the owner of this example decided against slotting in a new engine under the hood. Instead, he decided to remove the standard engine and fitted the screaming, 998 cc engine of a Kawasaki Ninja ZX-10R directly behind the front seats.

We’re not sure what model year ZX-10R this engine has been lifted from, but suspect it is a mid-2000s model. As such, it will be pumping out roughly 150 hp and is still mated to its standard six-speed, close-ratio transmission. That’s a serious amount of power for a vehicle as small and light as the Mini.

Watch Also: This 600 HP, V8-Powered Mini Is The Mother Of All Engine Swaps

With the high-revving motorcycle engine situated right behind the driver, this thing is extremely loud, forcing the reviewer from Roads Untraveled to wear earplugs while driving it. However, that’s just a small price to pay for a vehicle that is this quick and enjoyable to drive.

In addition to performing the engine swap, the Mini’s owner also worked extensively on transforming both the exterior and interior. As such, the Mini features flared wheel arches, unique front and rear bumpers, a striking rear diffuser and a rear wing. Inside, there is a roll cage, a custom dashboard and fixed racing seats.