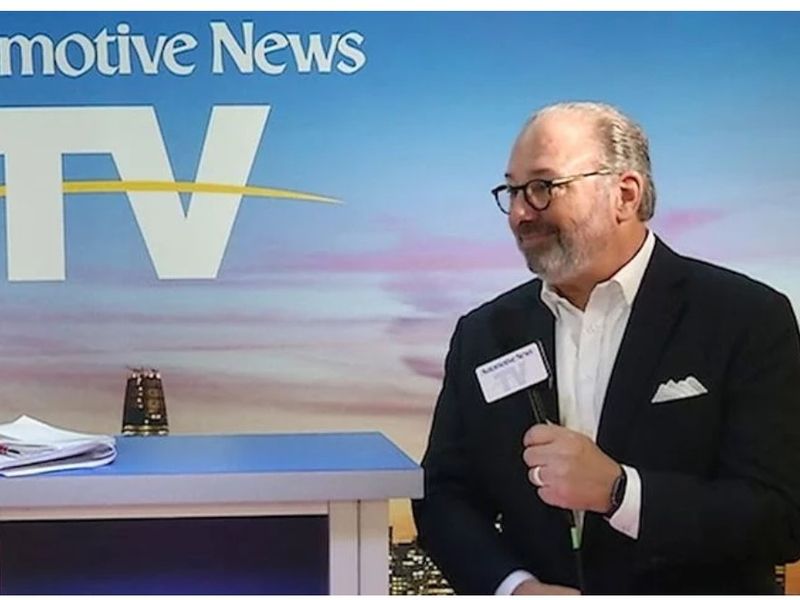 After 13 years as president, Forrest Heathcott said Tuesday he will retire in early 2021 from JM&A Group, one of the largest providers of finance and insurance products in the U.S.

He will be succeeded by Dan Chait, 53, president of sibling company Southeast Toyota Finance. The company is the captive lender to Southeast Toyota Distributors, the independent distributor of the automaker’s vehicles to 177 dealers in five states.

He said he began discussing succession plans with JM Family executives more than a year ago.

“I have been in this business for 42 years, since I graduated from college, and it is time for me to enjoy my family and interests and allow someone else to bring new ideas and energy to the position,” he said in an email to Automotive News.

Heathcott most recently navigated JM&A through the early stages of the coronavirus pandemic. Under him, the company transitioned its 724 associates to virtual workplaces, closed down offices and pulled field teams out of the 3,800 dealerships it works with nationwide.

“We didn’t really know what was going to happen; we were just like everyone else,” Heathcott told Automotive News Publisher Jason Stein on the “Daily Drive” podcast in May. “I’ve never seen anything like this.”

Chait will add the JM&A Group president’s role while continuing to run Southeast Toyota Finance. Bill Shope, 62, who has been with the finance unit since 1990, has been promoted to senior vice president and COO and will lead the company’s day-to-day operations. Chait will continue to report to JM Family CEO Brent Burns.

“After nearly two decades with JM Family, Dan has proven himself to be a strong leader, a team player and a true ambassador of our culture,” Burns said in a statement.

Chait will assume his new responsibilities Jan. 1, after shadowing Heathcott for the remainder of the year. Heathcott will act as an adviser to Chait before officially stepping down March 31.

Chait joined Southeast Toyota Finance in 2002 as vice president of asset management. He assumed responsibility over portfolio management and dealer services five years later, rising to become president of the group in 2012. Prior to JM Family, Chait held senior-level positions with US Airways, AutoNation Inc. and UniCapital Corp.

Chait said the company’s immediate focus continues to be assisting its dealers through the pandemic. After that, the company will continue to implement what it calls Future 40 — its vision to “stay ahead of industry trends, be more efficient, drive performance and prepare our dealers and our company for the next four decades.

“Dealers have been incredibly adaptable and resilient during this unprecedented time, and the pace of change will continue to accelerate. The focus of our work is to lead change on behalf of ourselves and our dealers,” Chait said in an email.

Burns praised Heathcott for his passionate leadership of JM&A and for “always staying steps ahead in the F&I industry.”

“They are constantly finding ways to do it better for our dealers and increase our market share and penetration, something we have been able to do each year,” he said.

Heathcott said he is looking forward to taking a step back but will remain engaged as a coach and mentor and through his local chamber of commerce.

He also plans to continue jamming with JM Family employees as a guitarist in a company band called The Associates, which plays gigs to raise money for charity.

On the “Daily Drive” podcast in May, Heathcott discussed launching JM&A’s Virtual F&I Program process and digital training initiatives — two programs that situated the company to steer through the pandemic environment. He called it “one of the most fun things I’ve done in my career with the team.”

JM&A did a “judo flip,” Heathcott said, by taking something “that we were going to pilot and test the fire out of and determine it was ready to go and turn it over to dealers at a time when the need would be the greatest that it’s ever been in history. That’s been a big step for us.”

Also on the podcast, he talked about how he never thought JM Family Enterprises “could become a virtual company overnight, and we did.

“And I don’t think a lot of dealers thought they could have done what they’ve done, and they did it,” he said. “I think it’s given them a lot of energy to change and be strategic. If there’s a silver lining in this cloud, that’s it.”

Editors note: Dan Chait’s age was misstated in an initial version of this story. He is 53.

First drive review: 2021 Acura TLX brims with sound and emotion
Does The New Aston Martin Vantage Roadster Drive As Great As It Looks?
2021 Lincoln Aviator
If you like electric cars, or motorcycles (or both!), stop what you’re doing and watch Long Way Up
PSA offers to boost Toyota to win EU approval for FCA merger, report says