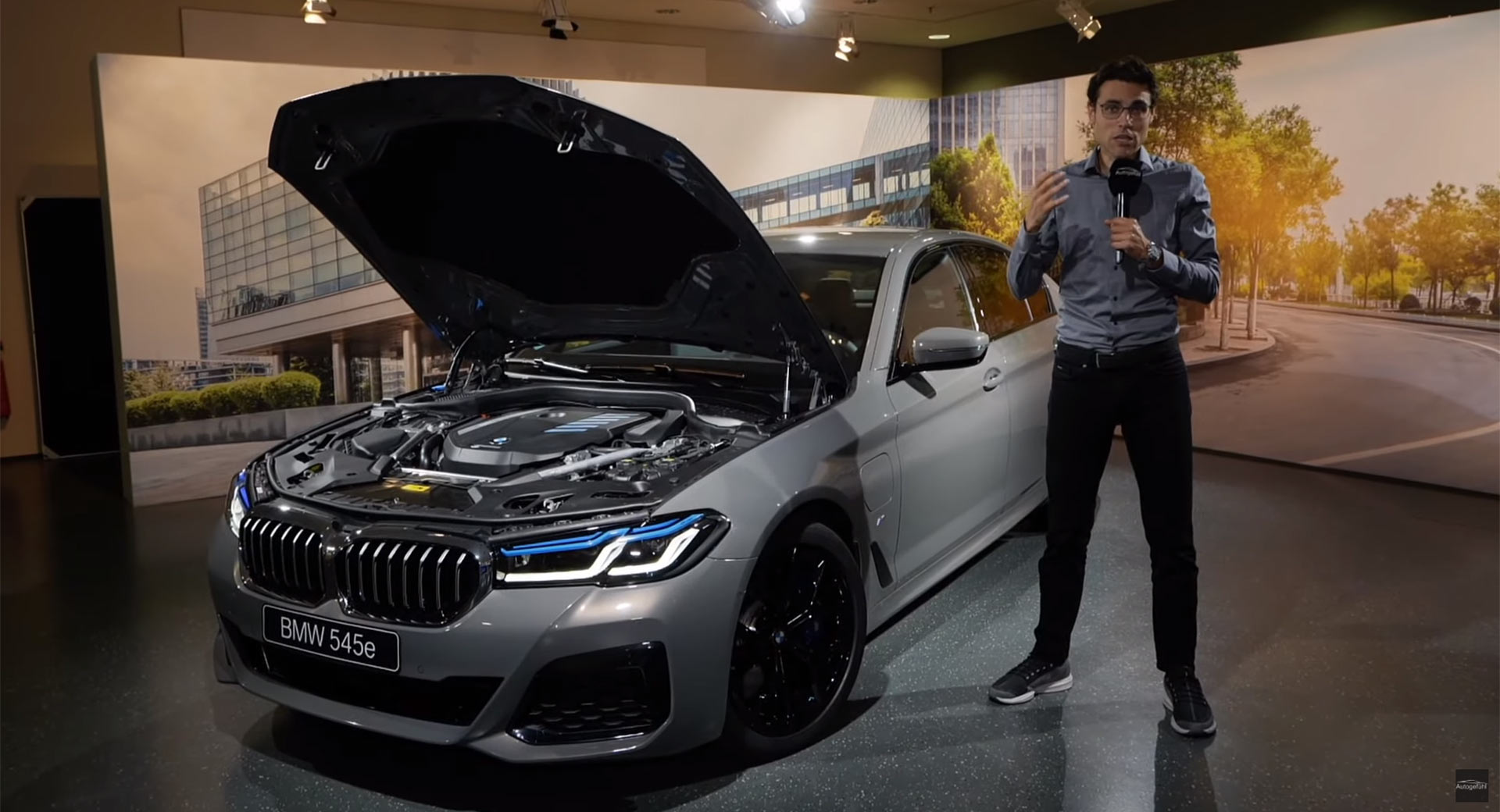 BMW is aggressively growing its range of electrified models and the new 545e xDrive Sedan is the latest in the plug-in hybrid 5-Series family. By the end of this year, there will be no less than five plug-in hybrid options in the 5-Series range.

The review kicks off with a look at the exterior of a 530e Sedan before jumping into the cabin of a grey 545e xDrive. The 530e featured is outfitted with the available M Sport package that provides it with a slightly sportier appearance thanks to a more aggressive front bumper, among other parts.

In terms of performance, the 545e pairs a straight-six engine with a synchronous electric motor that results in a total of 394 hp and 442 lb-ft (600 Nm) of torque. This engine is coupled to an 8-speed automatic Steptronic transmission and an intelligent xDrive four-wheel drive system.

While the 535e xDrive is more than 200 hp down on the M5, it is no slouch. In fact, it can hit 62 mph (100 km/h) in 4.7 seconds and the reviewer is very impressed with the performance, in particular the rolling acceleration that is no doubt helped by the electric motor and its instant torque. The reviewer adds that when the car is driven in Hybrid mode, the way it switches between the combustion engine and the electric motor is virtually seamless.

Ford ad calls out Chevy, Jeep, Toyota over California emissions
Which Generation Of Porsche Cayman Is The Best?
First Mack LR Electric Enters Service In New York City
Automakers feed China’s hunger for crossovers
Tesla Model S Plaid may be required to use a parachute when racing in drag strips