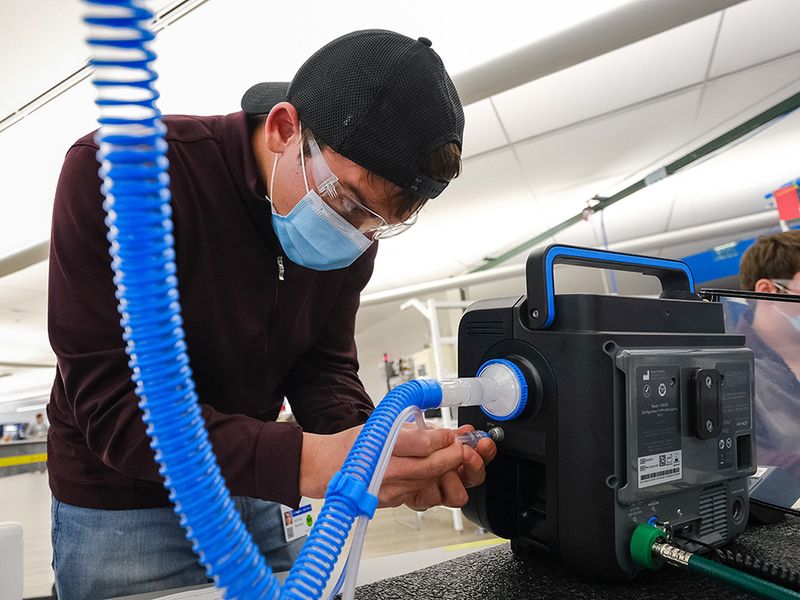 General Motors plans to hand off ventilator production at its Indiana parts facility to Ventec Life Systems by the end of the month as it completes its government contract to build 30,000 ventilators to help treat coronavirus patients.

GM has delivered more than 20,000 ventilators to the National Stockpile and expects to send the remaining 10,000 by the end August, said spokesman Dan Flores. Ventec, a ventilator company based near Seattle, will lease GM’s Kokomo, Ind., facility to continue mass producing the ventilators for hospitals across the U.S., GM said.

In early April, the Trump administration announced a $490 million contract with GM to deliver the 30,000 ventilators — more than double the number in the Strategic National Stockpile at the time — by August. A week later, GM and Ventec began mass producing the ventilators out of the Kokomo facility.

GM and Ventec had already partnered and sourced parts from GM’s supply base before the government’s involvement.

“GM will hand off operational control to Ventec to continue manufacturing operations in Kokomo, Ind., along with continued expanded production at Ventec’s headquarters in Bothell, Wash. Ventec is working quickly to fulfill ongoing orders for VOCSN critical care ventilators in response to COVID-19,” GM said in a statement.

About 800 workers are building ventilators at the facility, 70 of which are GM employees who will return to their previous assignments, said Flores.