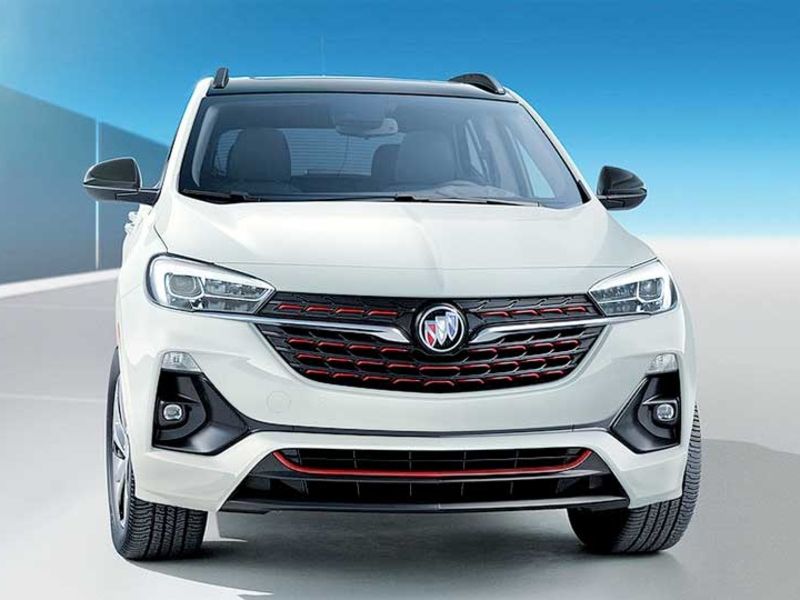 DETROIT — Buick is positioning its newest vehicle, the 2020 Encore GX, to overtake its top-selling U.S. nameplate, the Encore.

Over the past year, Buick has eliminated the upper trim levels of the Encore, which is now down to only the base model. Buick says reducing the number of trims helped increase sales last year, but the brand expects the larger Encore GX to be Buick’s top seller long term. With a higher sticker price and more options, the GX is more profitable than the Encore.

“We’re really focused on that space right between the premium small-SUV space and the lower end of the compact-SUV space,” said Rob Peterson, Buick marketing manager.

The GX — which is bigger than a Subaru Crosstrek or Mazda CX-3 but smaller than a Jeep Compass or Ford Escape — fits into a white space where General Motors believes the industry could add 1.5 million incremental sales, Peterson said.

“We think that we’ve got the right product to kind of squeeze in there and grab the necessary volume for Buick to be successful,” he said.

The Encore GX starts at $25,095 including shipping, or about $900 more than the Encore, which has been Buick’s top seller in each of the past five years. The GX offers three trims.

Simmons anticipates that the mix between the Encore GX and Encore will soon be 60 percent-40 percent.

Much of the interest in the GX starts in the showroom, often when shoppers are looking at the Encore, said Ryan LaFontaine, COO of the dealership group. “That GX has a great look to it. There are a lot of people that are attracted to that vehicle, especially a youthful buyer, someone who’s 25 to 40 that really wants to step it up but is also trying to hit a price point. The Encore hooks them in, then they see [the GX] and fall in love with it as well,” LaFontaine said.

The GX offers more features and a wider interior. The Encore meets the basic requirements and price point buyers in that age bracket are looking for, but many are willing to spend more money on the GX to get the extra content, Simmons said.

Applying the Encore name to the GX is an effective strategy, he added. Most buyers are familiar with Encore. The aesthetic and technology, combined with a recognizable name, attracts a demographic much younger than the average Buick customer, Simmons said.

For now, Buick expects the Encore and GX to coexist, Peterson said. The Encore will remain the lowest-priced Buick for customers considering the brand.

The GX continued to trail the Encore in total U.S. sales during the first half of the year, but in June, Peterson said, the GX became No. 1 for the brand.