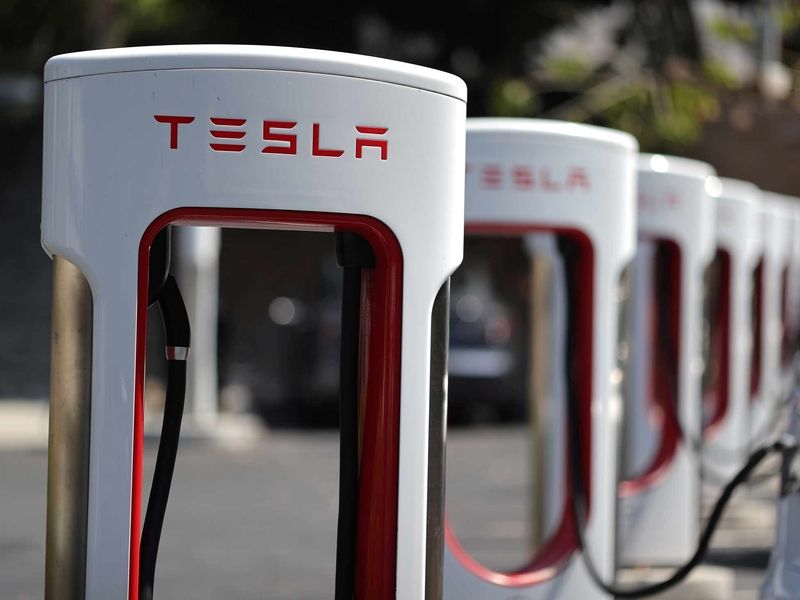 Tesla Inc. is splitting its elevated shares in a 5-for-1 exchange, a move timed to make the stock price less expensive for individual investors after becoming the world’s most valuable automaker. Its shares surged on the news in aftermarket trading.

Each shareholder of record on Aug. 21 will receive a dividend of four additional shares of common stock for each share, the Silicon Valley electric-car manufacturer said Tuesday. Trading will begin on a split-adjusted basis on Aug. 31.

The split is a time decision to capitalize on Tesla’s recent surge, which has pushed its valuation to around $256 billion, surpassing the value of Ford Motor Co. and Toyota Motor Corp. combined. With a price as high as $1,643 in recent weeks, the shares are beyond the reach of many smaller stock investors just as the EV industry is capturing their imagination.

Analysts praised the move as a timely decision to capitalize on Tesla’s recent stock price surge.

“At a time where the appetite for the stock and overall EV story continues to gain momentum, I think it’s a smart move,” said Dan Ives, an analyst at Wedbush who rates the shares the equivalent of a hold. Tesla’s move follows a similar split by Apple Inc., which Ives said other tech giants are likely to emulate.

Apple announced a 4-for-1 stock split after the close on July 30 and retail traders have piled in to bet on further gains.

Tesla has been a favorite stock for day traders and other retail investors, who have helped boost the shares to record highs. At one point last month, nearly 40,000 Robinhood account holders added shares of the automaker during a single four-hour span. That helped spawn a boom in shares of other EV companies — even those that have yet to actually produce a vehicle.

Credit Suisse analyst Dan Levy said in a note to investors that the split makes the shares more accessible to both retail investors and Tesla employees, noting the high stock price “may have been a barrier for retail” investors.

At its peak on July 20, Tesla’s stock price was more than quadruple a March low of $361.22. Some of those gains came amid speculation the automaker is likely to join the S&P 500 after it reported the latest in a string of profitable quarters, making it a true blue-chip and a must-buy for mutual and exchange-traded funds that seek to mimic that benchmark stock index.

In aftermarket Nasdaq trading Tuesday, Tesla shares rose as much as 8.4 percent to $1,490.

The timing of the split may have come as a surprise to close followers of Tesla CEO Elon Musk’s Twitter feed. He was asked on June 30 whether he had any thoughts about a Tesla stock split and said it was worth discussing at the company’s annual meeting, which isn’t until Sept. 22.