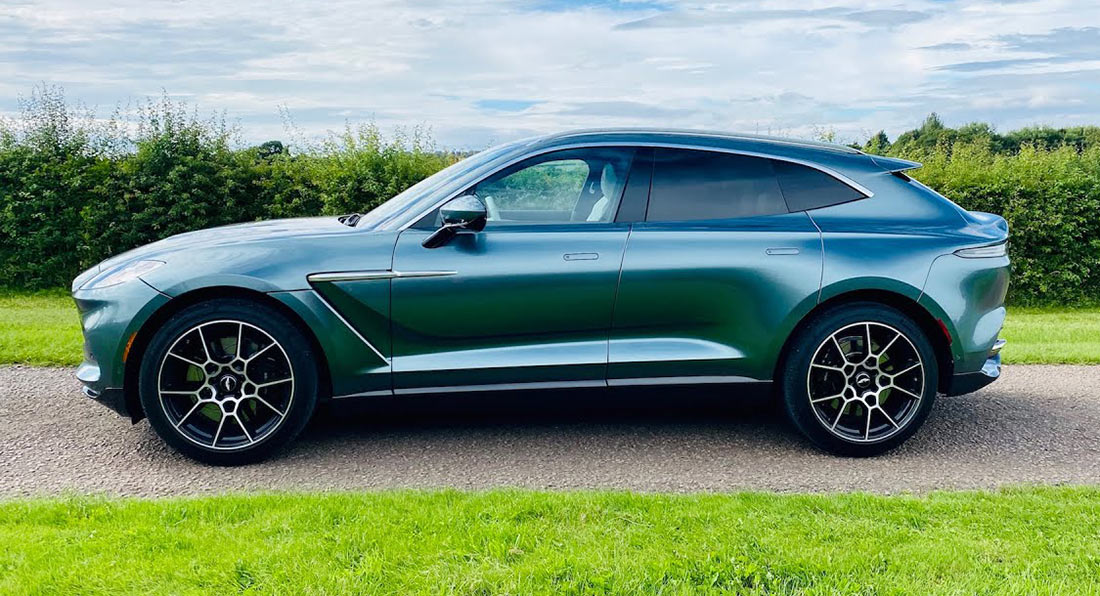 
Roughly one month after production of the long-awaited Aston Martin DBX commenced, Harry Metcalfe has had the opportunity to test the performance-focused SUV.

Aston Martin has spent roughly five years making the DBX a reality, and its future arguably rests on the DBX’s shoulders.

Power is supplied by a 4.0-liter twin-turbocharged V8 sourced from Mercedes-AMG that is rated at 542 hp and 516 lb-ft (700 Nm) of torque. This engine is mated to a nine-speed automatic transmission that’s coupled to an advanced four-wheel drive system. Aston Martin says the DBX requires just 4.5 seconds to accelerate from naught to 62 mph (100 km/h) and will top out at 181 mph (291 km/h).

When driving the DBX, the first thing Metcalfe discusses is the air suspension. Not only does it offer an adjustable ride height, but it apparently absorbs bumps beautifully. What’s more, he says that the handling dynamics are “extraordinary,” thanks in no small part to the trick anti-roll bars that use 48-volt technology.

The veteran journalist recently had the opportunity to test out a Lamborghini Urus on the same roads where he reviewed the DBX, and the Aston Martin seems to handle just as well, if not better. However, the SUV is not perfect, with Metcalfe pointing out that the braking is the vehicle’s weak point. He also says that the DBX is not “crazy quick” like the Urus, but is nevertheless more than fast enough.

Lamborghini Centenario Roadster: More Than An Aventador With A Flashy Bodykit?
Here’s how Gordon Murray’s track-focused T50s can drive upside down
Polestar Precept will go into production at new plant
Ford, Unifor reach tentative deal, avert strike
Tesla Model S Plaid may be required to use a parachute when racing in drag strips