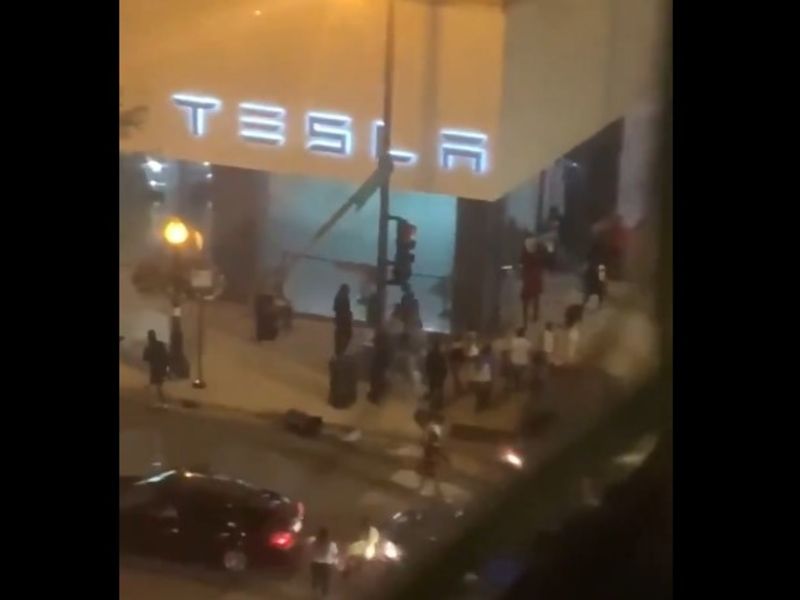 DETROIT — A Tesla store along Chicago’s Magnificent Mile shopping district was broken into overnight Sunday during numerous acts of vandalism in the city’s downtown commercial area.

One video shows a number of people running into the Tesla-Gold Coast location on North Rush Street after the store’s windows were broken. It’s unclear whether any vehicles were stolen or destroyed.

A call to the store Monday afternoon went to voicemail, and a Tesla spokesman did not return a request for comment.

A number of other stores — including Neiman Marcus, Nordstrom Rack, Macy’s and Ralph Lauren — also were looted, according to The Washington Post.

The unrest reportedly stemmed from an incident earlier Sunday when officers shot and wounded a 20-year-old man after he fired shots at them while being chased.

More than 100 people were arrested overnight, The Chicago Tribune reported. The paper said 13 officers were injured during the unrest, including a sergeant who was hit by a bottle.

Big Jeep store opens after pandemic changes sales scene
These electric cargo bikes are already replacing trucks in cities
Tesla has big expansion plans, few details
2020 Nissan Juke Is Better Than Its Predecessor, Retains Its Quirkiness
Is The Toyota 86 Worth Buying With The New Supra 2.0 Now On Sale?