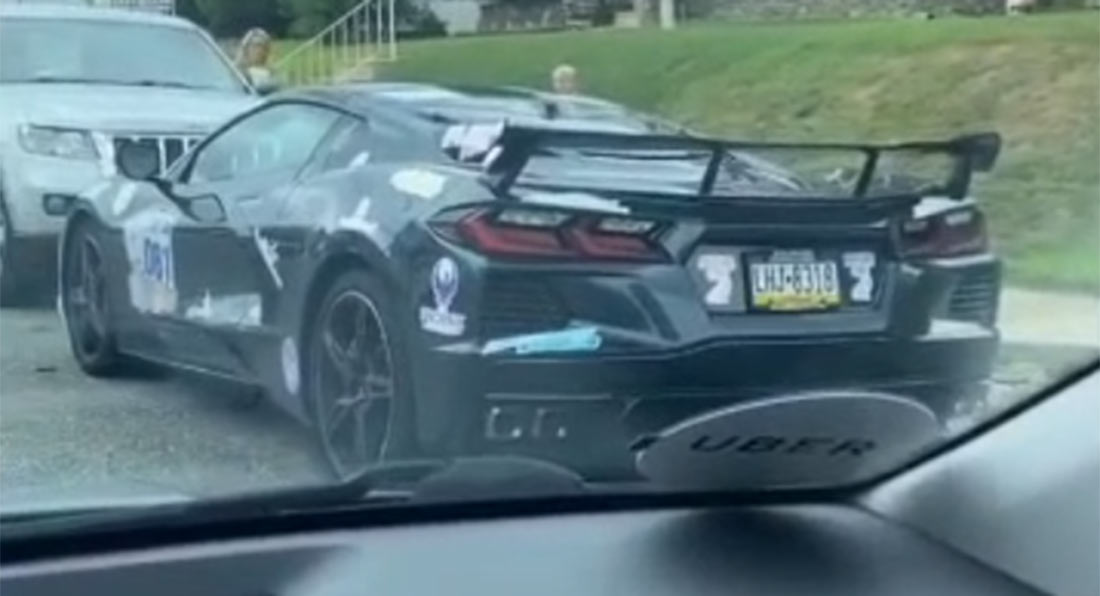 
It’s well known that money can’t buy taste, and the owner of the following Corvette C8 in the U.S. is clearly in that department.

This clip was filmed outside a house in Pennsylvania and shows a C8 Corvette plastered with a host of random stickers across the exterior, ruining any otherwise nice-looking C8 that includes the available High Wing spoiler.

One of the stickers that really caught the eye of the person filming the clip has a small image of Donald Trump and his infamous “Grab them by the p@ssy” quote.

Read Also: Another 2020 C8 Corvette Has Been Wrecked And Is Up For Sale

There are a host of other stickers on the car, including one displaying four aces and others that seem to be promoting various companies.

What is the logic behind all this? According to one person on Reddit, the owner of the vehicle may have competed in the recent ‘Four Aces’ charity poker run. Even if that’s the case, it’d probably be a good idea to remove the stickers afterwards or they could attract lots of unwanted attention.

Chevrolet announced the updated 2021 Corvette last month and, despite a host of changes, the Coupe’s starting price still sits at $59,995, while the Convertible is available from $67,495. One of the most significant changes made is that the Magnetic Selective Ride Control suspension is available as a standalone option and is no longer tied to the Z51 performance package.

Not really a mod. But a great way to mess up a brand new corvette C8. Just cover it with stickers from r/Shitty_Car_Mods