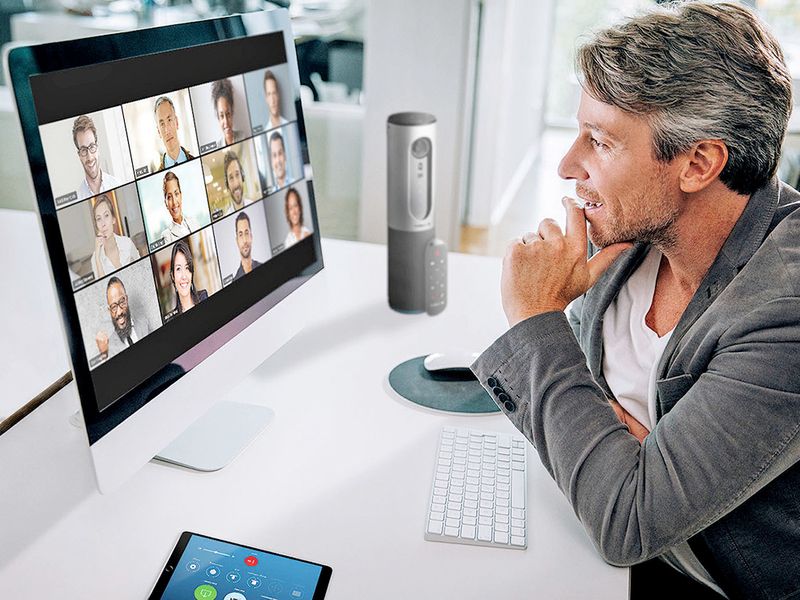 The Automated Vehicles Symposium annual gathering of industry, government and academic leaders is a venue for discussion of self-driving technology and transportation innovation. The event, held virtually this year, is sponsored by the Association for Unmanned Vehicle Systems International and the Transportation Research Board. Here are highlights.

There are still a lot of opportunities to invest in autonomous vehicles, self-driving technology infrastructure and delivery bots, despite COVID-19. But now, one of the challenges for investors and entrepreneurs is building trust in an all-virtual world, venture capitalists at the symposium said last week.

While opportunities for investment in the future of mobility remain steadfast, the experts say they struggle to form meaningful relationships over video chat with entrepreneurs looking to get to that next stage.

“It’s critical for us to have proper trust,” said Eran Sandhaus, managing director at Copia Growth Partners. “As much as Zoom is great, we’re not quite there yet.”

But “we’re starting to see partners that we haven’t seen before,” he said.

Another barrier — unrelated to COVID-19 — for mobility companies is lack of regulatory and infrastructure investments.

“We are at a point where we’re going to need some seismic shifts in infrastructure in order to get to where we thought we would be,” said Orin Hoffman, venture partner at VC firm The Engine. “We need a very complicated regulatory and infrastructure investment to actually get to the next stage, and that’s just going to be a far more complex journey than I think any of us expected 10 or 15 years ago.”

Regardless of these challenges, Jim Scheiman, founding managing partner at Maven Ventures, said he was confident that investment in autonomous technology was slowly recovering.

“The complicated details are real; the safety issues are real, but they don’t bog me down,” Scheiman said.

“I can still think about the vision and why we were all and are still so excited about self-driving vehicles.”

Sandhaus said he expected to see different trends in self-driving technologies emerge. The need for delivery robots, for instance, has been accelerated with COVID-19.

“When I look back at 2017, we were all busy burning cash in the parking lot together, and I think we are past that point,” Sandhaus said.

“There’s plenty of opportunity for VCs like ourselves to make investments in those infrastructure plays, whether it’s the operation or the interior. I think we’re in a better place. There’s a lot more consolidation happening, but it’s starting to show maturity and pillars for the industry to start to plug in and build something that’s sustainable and meaningful.”

An unexpected uptick in bike and scooter use during the pandemic — and the response cities have had to these forms of personal transportation — shows the power cities hold in advancing autonomous vehicles, said Nadeem Sheikh, vice president of AV programs at Lyft.

The ride-hailing executive said that as forms of micromobility have started to regain popularity, cities have responded accordingly with changes to infrastructure and more space dedicated to transportation other than the passenger vehicle.

“COVID has affected all aspects of life as we knew it, and even more so in cities,” Sheikh said. “Cities are taking streets back from commuters and putting them to a higher use.”

Lyft experienced massive declines in ride-hailing in March at the initial peak of the pandemic, but at the same time, it saw an increase in use of its bike and scooter operations.

“We see [micromobility] as becoming a more essential part of the overall transportation ecosystem,” Sheikh said. “It’s important to take a step back and understand why this rapid shift is happening because it might give us a glimpse into the future of AVs as well.”

In much the same way that cities have responded to the need for better bike lanes and increased sidewalk space for restaurant patios, they can reallocate space to accommodate autonomous vehicles, he said.

Rededicating parking spots as pickup and drop-off lanes for AVs, for instance, could reduce the number of traditional vehicles on the road, eliminate congestion, increase efficiency and show in real time the benefits that AVs present, especially in times of crisis.

For human drivers and automated ones alike, construction zones present one of the more challenging, and potentially hazardous, road areas. Letting motorists know when and where to expect them would likely enhance road safety.

But that remains a vexing process.
“We still have partners who use fax machines to let people know when a work zone goes up,” said Finch Fulton, U.S. Department of Transportation deputy assistant secretary for transportation policy.
The DOT is attempting to change that by offering $2.4 million in funding for state or local governments to develop work-zone data exchanges that collect, harmonize and distribute real-time work-zone data. Applications for the funding are due Monday, Aug. 3.
Such data might lead to safer human drivers. More than 1,800 workers were killed at road construction sites between 2003 and 2017, according to the U.S. Bureau of Labor Statistics.
Over time, self-driving vehicles could use the data feeds in route planning, opting to proceed through work zones with greater caution or choosing to avoid them altogether.

Former NADA Chairman Dale Willey dies at 79
Is The Mercedes-AMG GT 53 A Full-Blooded “AMG” Sports Car?
This Mazda Miata Is Trying Hard To Be A Mini-Me Cadillac Eldorado
How FCA’s Olivier Francois finally got Carl Sagan’s words into a Jeep ad
Is The Petrol-Powered 2021 Audi SQ8 A Better Take Than The Diesel Model?