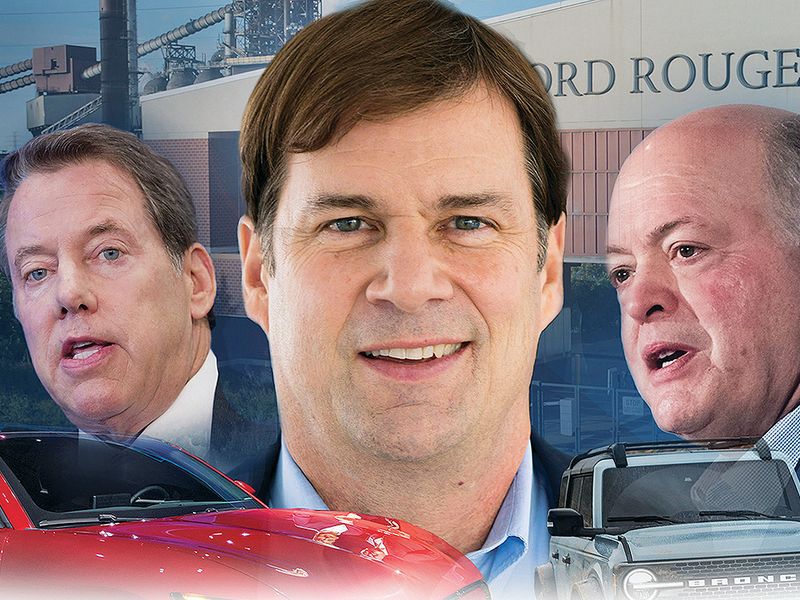 DETROIT — Jim Farley’s gambit at the outset of the Great Recession to leave a flourishing career at Toyota Motor Corp. to help save a foundering Ford Motor Co. has paid off: In less than eight weeks, he’ll become CEO.

While Ford is nowhere near the precarious position it was in when Farley moved from Southern California to Michigan at the end of 2007, the 58-year-old will enter the chief executive’s office Oct. 1 with much to fix.

He inherits a company that remains out of favor on Wall Street with a balance sheet weighed down by legacy warranty costs and the effects of an $11 billion global restructuring begun by his predecessor. After Ford botched the rollout of the Explorer in 2019, Farley will have to execute flawless launches of four of the automaker’s most highly anticipated vehicles in recent memory.

And he’ll have to do it all amid a global pandemic that continues to threaten Ford’s dealer body, supplier network and manufacturing operations.

“While Ford’s new vehicle lineup has shown some promise with the Mustang Mach-E and Bronco, we think Farley will have his work cut out to ‘right the ship,’ as Ford remains in the middle of a multiyear restructuring and we don’t see its vehicle sales returning to pre-COVID levels anytime soon,” CFRA research analyst Garrett Nelson said in an investor note last week.

But analysts say outgoing CEO Jim Hackett established a framework that could set Farley up for success, and dealers think Farley’s passion for the industry and strong relationship with the retail network make him an ideal leader.

“He has a strong desire to lead, and he’s performed at a high level at every position he’s been in,” said Sam Pack, a longtime Ford dealer in Dallas who works closely with Farley as a member of Ford’s product committee. “He’ll be engaging with his employees and with the dealer body. We know Jim, and we have a high degree of confidence in him.”

Those close to Farley describe him as an inexhaustible worker who is approachable and asks questions.

“He doesn’t know what a time clock is,” said Rhett Ricart, CEO of Ricart Automotive Group in Columbus, Ohio. “I’ll get text messages from him Saturday morning, Sunday night. He is totally engaged.”

This spring, as Congress hashed out a $2 trillion economic stimulus package in response to the pandemic, Farley spoke daily with Ricart, this year’s chairman of the National Automobile Dealers Association, about what could best help Ford’s retail network. Ricart, in turn, asked Farley to lobby governors to let dealers at least keep service departments open under shelter-in-place orders.

It was during that time, Hackett said last week, that Farley secured his place as his successor.

That didn’t surprise Jim Press, the former Toyota Motor North America COO who worked closely with Farley at the Japanese automaker. Farley, a lifelong car fanatic nicknamed Jimmy Car-Car while growing up in Argentina, was “born to be Ford CEO one day,” Press said.

He has “the right blend of circumstance, tremendous personal qualities and capability, tireless work and good fortune,” said Press, who later became deputy CEO at Chrysler Group and is now executive vice president of McLarty Cos. dealership group. Farley, who will be the first Ford CEO to have worked at a competitor, has learned from his previous bosses, Press said.

“From Yuki Togo at Toyota, who represented the highest level of emotional intelligence, to Alan Mulally’s leadership genius to Mark Fields’ exceptional business talent and Jim Hackett’s vision and understanding of the mobility future, Jim has continued to grow and add new dimensions,” he said.

One dimension that has long been part of Farley’s leadership style — in contrast to Hackett — is a deep connection with dealers.

In 2008, about six months after Farley quit Toyota, he gave a passionate speech to 1,400 Ford retailers gathered in Las Vegas that touched on his family’s history with the company, including his grandfather’s role as one of Henry Ford’s early employees. At the end, he received a standing ovation.

Pack remembers the meeting as both emotional and uplifting.

“He brought excitement and enthusiasm and a great deal of insight,” Pack said. “He made a very impactful first impression.”

That style has carried through his career at Ford. He met with dealers in late 2018 — poetically in the same Bellagio hotel conference room as the 2008 meeting — to rally them around Hackett and a new advertising campaign with a similarly impassioned speech.

“You can sense it from his voice when he talks, he loves this business,” Ricart said. “I think he’s perfect for this.”

The pressure on Farley to deliver will be intense.

He’ll be Ford’s fourth CEO in the nearly seven years that Mary Barra has held the top job at General Motors. After Mulally — the man who hired Farley away from Toyota — retired in mid-2014, both Fields and Hackett failed to reverse a downward slide in Ford’s stock price.

“Because you’ve had two CEOs now that haven’t gotten any traction, I think there’s going to be a lot of tension on getting traction quickly,” said Jeff Schuster, president of global forecasting at LMC Automotive. “From a leadership standpoint, you don’t want the ship to change direction every couple of years.”

It’s likely that Farley will accelerate changes to Ford’s product portfolio. He’s credited with largely shaping the design of the Mustang Mach-E and the Bronco, and Hackett said Ford “hit home runs” whenever Farley spearheaded a project.

Ford, in the coming years, is likely to continue building on its strengths in pickups, commercial vehicles and emotional products such as the Bronco and Mustang subbrands.

“Just because of who he is, you’re going to get more transparency, more attention to product,” Schuster said. “That’s where I think we’ll likely see the most change.”

Farley has said he sees opportunities for Ford to increase profits through connected-vehicle technology, such as telematics systems for commercial vehicles and over-the-air software updates.

On a conference call introducing him as the next CEO, Farley listed Amazon, Baidu, Tesla, Apple and Toyota among Ford’s biggest competitors and has vowed not to “cede our future” as a leader in the industry.

“He wants to win,” Pack said. “He wants to be engaging. It’s not about him, it’s about us, and the center of attention is always the consumer.”

Giga Texas Construction Even Faster Than Giga Berlin
This Destroyed 2020 Chevrolet Corvette C8 Is A Very Sad Sight Indeed
2021 VW Golf GTI: Time To Find Out If The New Hot Hatch Is Worthy Of The Name
Which Generation Of Porsche Cayman Is The Best?
Fiat Chrysler to pay $9.5 million penalty to settle SEC probe