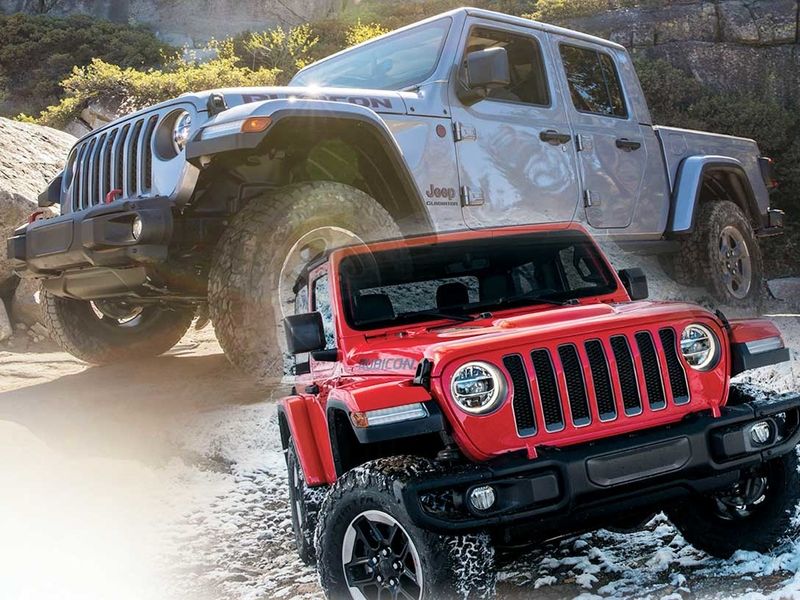 Jeep is in a transformative period.

While the spotlight is on the adventure brand’s upcoming off-road joust with the Ford Bronco, another larger development is taking place: Jeep is setting itself up to gain ground everywhere else.

By the end of 2021, Jeep will have a varied powertrain portfolio that plays in the electrified and diesel spaces, while its new three-row options and redesigned Grand Cherokee bring fresh competition to the crossover world.

On top of that, a V-8-powered Wrangler appears close, which could add an intriguing option to the off-road war with the Bronco.

A slowed economy could hamper Jeep’s progress, just like the rest of industry, but a lack of offerings won’t be on its list of problems.

The brand has been checking off boxes on its fan wish list with models such as the Gladiator pickup, a diesel Wrangler and a stronger V-8 Wrangler — which still bears the “concept” tag but has been spotted undergoing road tests.

The loyalists are getting their fill. But can Jeep attract new buyers to the brand with its slate of new options?

Taking the brand upstream with the Wagoneer and Grand Wagoneer, which will start production in the second quarter of 2021 at the Warren Truck Assembly Plant in suburban Detroit, is one avenue to drawing Jeep newcomers.

“Having a new Grand Cherokee would be beneficial. But then with some of these other vehicles, Jeep is taking the fight to Land Rover, and perhaps all the way up to Range Rover,” Tyson Jominy, J.D. Power’s vice president of data and analytics, told Automotive News.

“The only way it’s going to work is if it attracts new customers. It’s a play for really capitalizing on the name Jeep and the image, so I think it will have to attract new customers, and it’s ultimately just going to depend on the execution,” he said.

But fulfilling late Fiat Chrysler Automobiles CEO Sergio Marchionne’s vision of Jeep as a global power required an expansion of what the brand was producing, said analyst Karl Brauer.

While the premium Wagoneer and Grand Wagoneer will play to American appetites for big utility vehicles, the foray into electrification could broaden Jeep’s base, make it more accessible to drivers in Europe and China and help FCA meet government emission regulations. All Jeep models will offer electrification by 2022.

“We know electric vehicles are a much bigger deal with China,” Brauer said?. “They’re going to be ?pushed more ?aggressively in China and in Europe than they are in the U.S. in the near term. So having electrification, and potentially an all-electric version of the Jeep, will be a key part of maintaining and building brand equity and brand power within those markets.”

Manley said the plug-in hybrid versions of the Renegade and Compass, sporting the Jeep line’s new 4xe badge to indicate their electric capabilities, are leading the way for the brand’s entry into the EV market in Europe.

Production began in June, Manley said, and both vehicles are available for order across Europe.

The hybrid Wrangler will arrive in U.S. showrooms by the end of year, with Manley saying that it will be on the front line of Jeep’s electrification strategy in North America. The hybrid off-roader will go on sale in Europe and China in early 2021.

“We’re doing a lot on the electrified-vehicle front, and early orders from our partners and customers are coming in strongly,” Manley told investors.

“In fact, I think we can confirm that we fully expect to be compliant in Europe with the combinations of our strategies.”

The plug-in Wrangler will get a global reveal sometime in the third quarter, Manly said. Jeep teased the electrified Wrangler last month with a video showing it silently drive through the wilderness.

A plug-in Jeep could blend well with the brand’s outdoorsy image on the marketing front.

Brauer said the brand will be able to leverage the idea of using the Wrangler to power camp equipment. Then there’s the performance component.

“As long as it’s off-road-capable, and the ?hybridization of it increases the torque even a little bit, that’s right in their wheelhouse,” said Sam Fiorani, vice president of global vehicle forecasting for AutoForecast Solutions. “All they have to do is say, ‘Look how capable this thing is — and it gets better gas mileage?”

On the other side of diversification sits the diesel Wrangler, a product of what Jeep called “overwhelming consumer demand,” and a diesel-powered Gladiator that could soon join the lineup?.

Manley said Jeep’s upcoming three-row crossover will go into production in the first quarter of 2021. He said the new three-row is going into a “white space that offers the potential for a very strong margin.”

The next-generation Grand Cherokee, which impressed one dealer who saw a sneak peek of the design, will start rolling off the assembly line in the third quarter of 2021.

Steve Wolf, dealer principal at Helfman Dodge-Chrysler-Jeep-Ram-Fiat in Houston, said the Wagoneer and the more upscale Grand Wagoneer are tailor-made for his market. He’s committed to the future of the brand and is building a Jeep showroom at his store to highlight its products.

He’s been wanting a big utility vehicle to match up with models such as the Chevrolet Suburban and Cadillac Escalade for more than 20 years.

“We think we’re going to get a lot of those people that would have bought Tahoe/Suburban and Navigator/Escalade,” Wolf said?. “We’re going to make a big investment to upgrade our store and create a competitive market.”

Tesla Model S Plaid may be required to use a parachute when racing in drag strips
Tesla’s Musk promises dramatic cuts in EV costs
Kelly, Nissan and Japan itself go on trial
Infiniti previews more premium overhaul of QX60 crossover
Tesla (TSLA) shares snatched up by ARK after Battery Day: “It’s going to be hard to catch up”