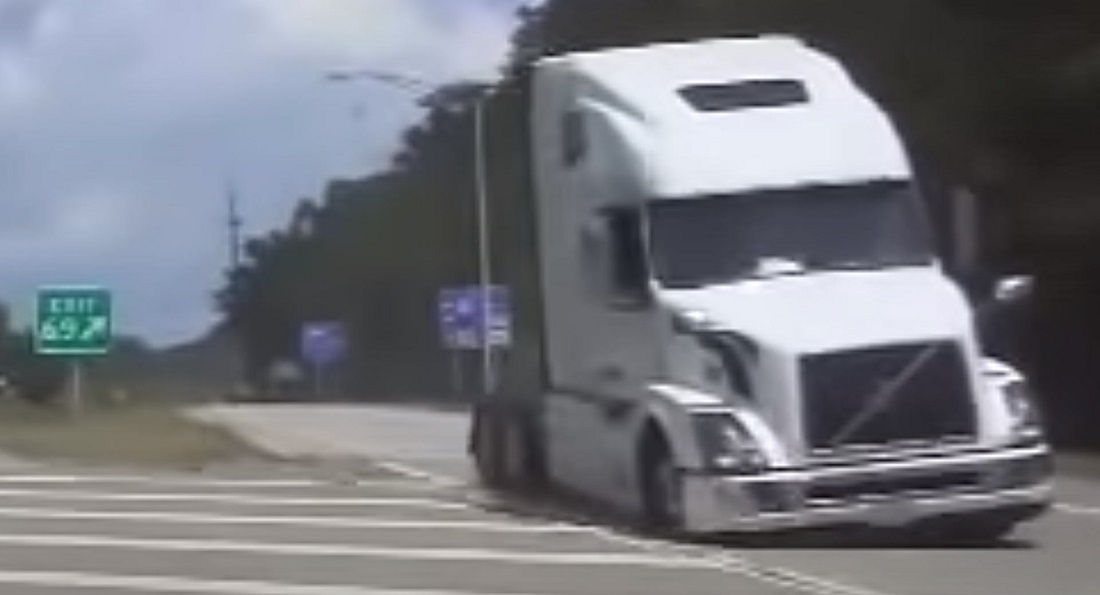 
The Ohio State Highway Patrol has released dashcam video of a crazy pursuit involving a semi driving the wrong way on the highway.

According to WHIO, the incident started when someone called police about a semi driving erratically on I-75. The caller told dispatchers the semi drove down the median to pass people and was throwing dirt and grass everywhere.

Police responded and a chase quickly ensued. The video picks up mid-purist and shows the semi driving the wrong way up an exit ramp.  It’s headed straight towards a patrol car, but officer gets out of the way and begins a pursuit.

During various points in the chase, the semi driver switches back and forth the across the highway. They also occasionally come close to hitting other vehicles.

While the chase was happening, the semi driver called 911 and allegedly said his wife was cheating on him. She was also in the semi and begged authorities for help.

To make matters worse, the driver – Patrick Berthelot – told dispatchers “I’m facing 20 years in prison and I’m not gonna go down without a fight.” He then said he would make police kill him.

That’s a scary situation, but thankfully Berthelot eventually stopped and let his wife out of the cab. She was taken to the hospital as she was injured in what police described as “some type of physical assault either prior to getting into the tractor or while the pursuit was ongoing.”

The pursuit continued, but Berthelot’s suicide by cop plan didn’t work out. A SWAT team “shot up the engine block” of the semi and forced the chase to come to an end. Berthelot was then taken into custody and is now facing a list of charges.