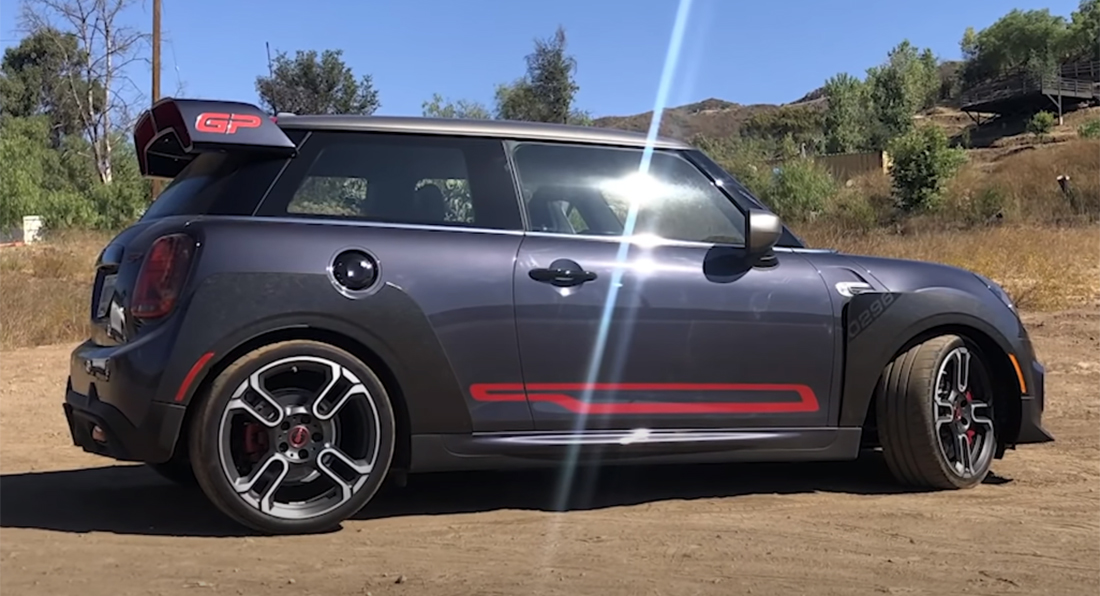 The MINI John Cooper Works GP is one of the most promising hot hatches to hit the market in recent months and has received quite a lot of press.

Production of the car will be capped to just 3,000 units worldwide. Power comes from a 2.0-liter TwinPower Turbo four-cylinder engine with a very respectable 301 hp and 332 lb-ft (450 Nm) of torque. This engine works alongside an 8-speed Steptronic transmission with an integrated differential lock driving the front wheels.

MINI claims the JCW GP will hit 62 mph (100 km/h) in 5.2 seconds, quicker than rival hatches like the Honda Civic Type R and Hyundai Veloster N with their six-speed manual transmissions. All sounds great, doesn’t it?

However, during a recent review, Matt Farah was not completely won over by the car and has a number of critiques about.

For starters, he is not happy with the transmission, stating that it is far too slow for a car of this sort. It is particularly slow on downshifts, leading Farah to assert that it should have a dual-clutch. That’s not the only issue.

The car suffers from loads of torque steer, particularly in the middle of corners, and it also experiences a lot of turbo lag. He also suggests it is somewhat confusing to drive and believes Minis have gotten worse since 2006, not better.

There are some positives, however. For example, he says it is mighty quick in a straight line and has excellent braking. To conclude, he asserts that both the Hyundai Veloster N and Honda Civic Type R drive better than the Mini.

Crab vs. goat battle for GMC and Ford
Volvo lidar maker’s founder to retain control when firm goes public
2021 Lincoln Corsair
2022 Hyundai Tucson preview
Once again, Nissan turns to the Z for a dose of healing