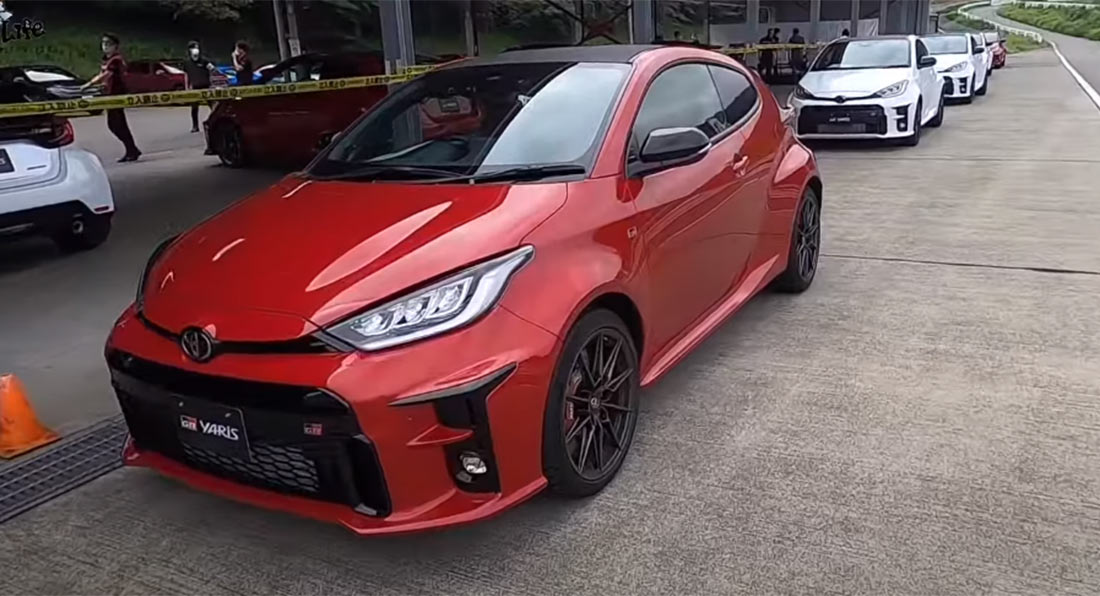 
The first drives for the 2021 Toyota GR Yaris have just taken place in Japan and after months of waiting, we can finally see the potent hot hatch being put through its paces on a tight and technical circuit.

The reviews you’ll find below are from Japanese publications as they seem to have been the first to test out the production-ready GR Yaris. Consequently, we have no idea what the reviewers are saying but if you switch in YouTube’s auto-generated subtitles, you can get a rough idea of what’s being said.

Not only do these videos feature the all-singing, all-dancing GR Yaris but they also show the GR Yaris RS, which has all the looks of the hot hatch but significantly less power.

The driver-focused GR Yaris features a 1.6-liter turbocharged three-cylinder engine with 257 hp and 266 lb-ft (360 Nm) of torque but in Japan, it is rated at 268 hp and 273 lb-ft (370 Nm). This engine is coupled to a six-speed manual transmission and four-wheel drive. It can also be optioned out with two available Torsen limited-slip differentials through the Circuit Pack.

Driven to its limits on the track, it certainly looks fast and a joy to drive. In some corners, the tail end kicks out while during other turns it seems to have a bit of understeer, although that could be down to the driver and not the car itself.

Compared to the real GR Yaris, the RS variant has a naturally-aspirated 1.5-liter engine with 118 hp and 109 lb-ft (148 Nm). This engine is mated to a Direct Shift-CVT sending power to the front wheels. From a visual standpoint, however, the RS looks virtually identical to the proper GR Yaris.