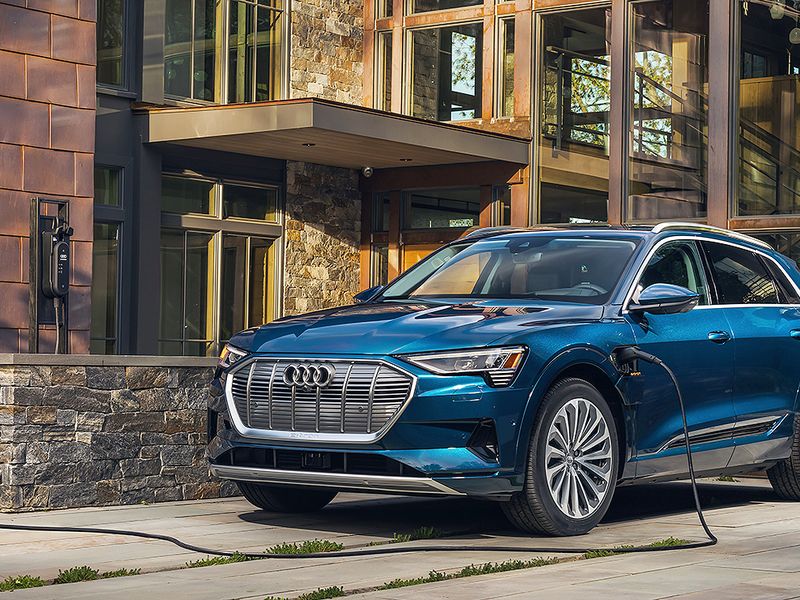 Audi has cut the entry price of its first battery-electric crossover, the e-tron, by $8,800 for the 2021 model year as the Germany luxury brand begins expanding its EV lineup while facing criticism that the e-tron’s range is significantly less than rival Tesla.

In addition, Audi said it has increased the e-tron’s EPA-estimated range from 204 to 222 miles, “through optimized drive system hardware and software adjustments.” A new e-tron Sportback derivative that went on sale this summer has an EPA-estimated range of 218 miles.

Audi dealers have complained that the e-tron’s expensive price point and original range made it a tough sell against Tesla and EVs coming from other luxury automakers. Through the first six months of 2020, Audi sold 2,872 e-trons in the U.S., which was up 57 percent from compared with 2019, the model’s initial year in the U.S. market.

In addition to the e-tron and e-tron Sportback, Audi plans to roll out a third EV, the Q4 e-tron, in the second half of 2021. The Q4 e-tron, also a compact crossover, is built upon Volkswagen Group’s MEB architecture, and is expected to have a greater range than the e-tron, which is built on a different architecture.