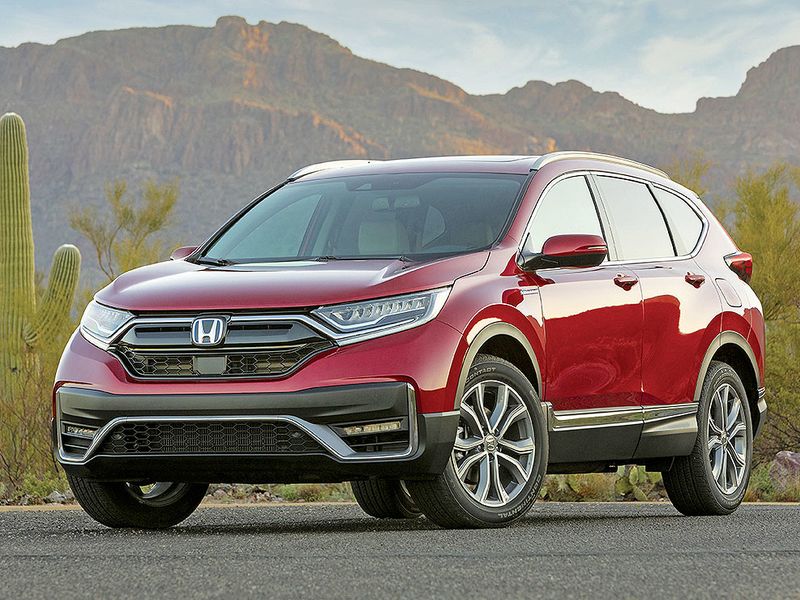 American Honda makes most of its money from crossovers, even as it remains more committed to passenger cars than some of its rivals. But cars remain critical to Honda Division and help it keep younger buyers coming in with such popular models as the Civic compact.

But even Honda is feeling the pinch as consumers shift to the crossover body style because of its cargo utility, higher driver seating position and a perception of greater safety. Honda is ending U.S. sales of the Fit subcompact car as those sales falter, and also discontinuing the coupe body style of the Civic due to a low take rate.

For entry-level shoppers, what’s left is the HR-V crossover and the Civic. The Civic hatchback has drawn some Fit buyers, since it offers the same five-door utility but with more room and performance. Honda sees the hatch as a youthful alternative to crossovers, so the automaker is moving hatch production to the U.S. from the U.K.

While there has been a flurry of Honda car news ahead of the new model year, including a freshened Accord that drops the manual transmission, the Japanese automaker is not ignoring its light trucks. Several will see updates in 2021, including a midcycle freshen on the Odyssey minivan and Ridgeline pickup.

Further down the road, Honda is developing two EVs with General Motors, and bolstering its hybrid models to improve on its industry-leading fuel economy and reduced emissions.

Fit: The small car will be discontinued after 2020. The scrappy subcompact that arrived in 2006 has long been the brand’s entry-level favorite for buyers looking for a creative use of space and a relatively fun driving character. But U.S. sales are suffering as buyers move to the HR-V and Civic hatch. A stylish redesigned Fit lives on in other markets as the Jazz.

Civic: The 2021 sedan and hatchback go unchanged. The coupe is discontinued after the 2020 model year as sales have waned to just 6 percent of all Civics. The 11th-generation Civic sedan will debut in spring 2021 as a 2022 model, after being delayed by a few months because of the coronavirus pandemic. The redesigned hatchback will follow in the fall.

Honda will sell the Civic Type R limited edition this year as a 2021 model. Production of the Civic Si sport trim will pause in Canada at the end of the 2020 model year as Honda transitions to the 2022 version. A midcycle freshen of the Civic lineup should come in 2024.

Accord: The 10th generation of the venerable midsize sedan will get a midcycle freshen for the 2021 model year, along with its hybrid variant. The freshened Accord, which is imminent, will lose the manual transmission that enthusiasts have long praised but few purchased. The take rate for the stick-shift version was 2 percent, and it is already out of production for the current model year. Visually, the changes are likely to be evolutionary. A light freshen could bring new bumpers, headlights, wheel options and exterior colors. Honda is likely to put greater emphasis on the hybrid model. A new-generation Accord should come in 2022.

Insight: The attractive third-generation Insight arrived for the 2019 model year, so the updates coming in 2021 are minimal. The hybrid sedan in EX and Touring trims will get blind-spot monitoring, which replaces the awkward “Lanewatch” system that provided a camera view of the right side of the car on the infotainment screen. A cross-traffic monitor is new and standard on EX and Touring trims, and there’s a new red metallic exterior color. A midcycle freshen should be ready next year and a redesign in 2023.

Clarity: The alternatively styled alternative-fuel sedan carries over for 2021 in its plug-in hybrid and lease-only fuel-cell variations. In the absence of a pure-electric Honda model in North America, the Clarity is a stand-in for more modern zero-emissions vehicles. The Clarity EV — with just 89 miles of range — was scrapped last year. Honda is working with General Motors on two full-electric vehicles.

EVs: Honda has a small EV in Europe known as the e but has said that it’s not right for U.S. consumers. The automaker is instead co-developing two electric vehicles with General Motors based on a GM platform and using GM’s new Ultium batteries. Honda will design the EVs, which are likely to be crossovers. Sales are expected for the 2024 model year, so the models are likely to appear in 2023, if the original timeline holds.

HR-V: The subcompact crossover carries over for 2021 and will be the new entry-level Honda after the demise of the Fit. The HR-V gets new wheels for the Sport and higher trims, plus rear privacy glass on the Sport trim. Still riding on its first-generation platform from the 2016 model year, the HR-V is up for a redesign in 2021. A hybrid version could come to North America with the second generation, which should get a freshen in 2024.

CR-V: Freshened for the 2020 model year, the CR-V and the new hybrid version carry over in 2021. The CR-V is Honda’s best-selling vehicle, even in the cutthroat compact crossover segment, and a sixth generation should be ready in 2022. The hybrid version is a recent arrival in the U.S., but expect Honda to promote it more heavily in coming years as the brand transitions to a higher mix of hybrids on its journey to electrification.

Passport: The midsize crossover carries over for the 2021 model year. It debuted as a 2019 model after Honda resurrected the nameplate, based on the bigger Pilot that arrived in 2016. The Passport is likely headed toward a redesign in 2022.

Pilot: The bigger of Honda’s midsize crossovers was redesigned in 2015 for its third generation, and freshened in 2018. The next redesign should come in 2022. Until then, the Pilot gets a special edition for the 2021 model year, featuring 20-inch black wheels, black roof rails and grille, a hands-free power tailgate and wireless phone charging. All Pilots will sport the 9-speed automatic transmission rather than the six-speed that was standard on lower trims. Dual-zone automatic climate control is also standard on all trims for 2021.

Odyssey: Honda’s minivan undergoes a midcycle freshen for 2021 and is expected to go on sale this month. All Odysseys get a rear-seat reminder system to warn about kids or dogs left in the back, and higher-level trims switch on a camera that displays the second row and beyond using the infotainment screen. There are also new LED headlamps, a redesigned grille and lower fascia and small interior upgrades such as illuminated USB ports. All trims of the minivan will have the Honda Sensing safety suite standard. A sixth generation should come in 2024.

Ridgeline: Honda’s midsize pickup was revived as a second-generation vehicle in 2016 and received some upgrades last year, with a new transmission and infotainment screen. The 2021 model year will bring a midcycle freshen that goes on sale this year. Honda executives and dealers have hinted at more rugged looks. Wheels, bumpers, grille and headlights are likely to reflect a more off-road vibe. The Ridgeline is likely to get a redesign in 2023, a year after the Pilot. The two share a unibody platform.