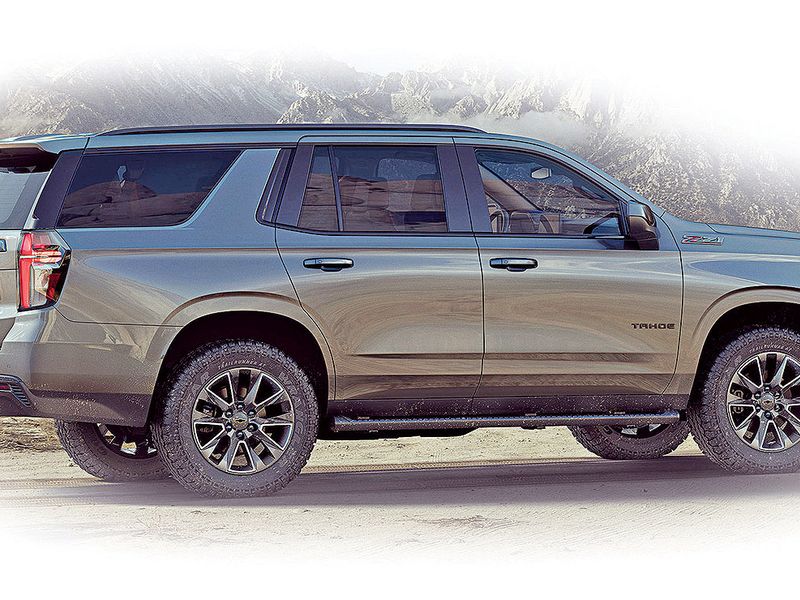 Many Chevrolet and GMC vehicles are getting bigger and more high-tech.

This year, General Motors’ two biggest U.S. brands will begin selling redesigned versions of their large SUVs built in Arlington, Texas. The SUVs are some of GM’s most lucrative and resilient products, with the Chevy Suburban beginning its 12th generation.

In 2021, GM plans to overhaul the interior of its full-size pickups, which critics perceived as a weakness when they were redesigned in 2018.

As the brands continue to focus on their pickups and SUVs, Chevy finally may say goodbye to its remaining sedans, with Sonic production ending in October, no known updates for the Spark and the potential demise of the Malibu in 2024 or 2025.

At the same time, Chevy and GMC will wade into GM’s electric vehicle plan, with a freshening of the Bolt EV and the introduction of the Bolt crossover. Many EVs that follow, including the GMC Hummer pickup in 2022, will be powered by GM’s new Ultium batteries.

The Bolt crossover will be the first vehicle outside the Cadillac brand to feature Super Cruise driver-assist technology. GM plans to expand Super Cruise to 22 vehicles by 2023.

Spark: Little is known about the Spark’s future. Chevy hasn’t announced any plans to discontinue it, but some expect production of the minicar could end as early as next year as GM continues to prioritize crossovers, SUVs and pickups.

Sonic: Chevy will end production of the Sonic in October. The brand began building the subcompact car at GM’s Orion Assembly plant in Michigan in 2011 in response to political calls for a fuel-efficient small car built domestically after the automaker’s federal bailout. At the Sonic’s peak in 2014, Chevy sold 93,518 of the cars. But last year, fewer than 14,000 were sold.

Malibu: The Malibu likely will get a heavy face-lift in 2022 as a last-ditch effort to attract buyers before Chevy discontinues the midsize sedan in 2024 or 2025. The updates will be mostly cosmetic.

Camaro: The Camaro’s future is uncertain, with some expecting it to be discontinued and others expecting it to become part of Chevy’s EV portfolio in 2024. Sales plummeted to fewer than 49,000 in 2019 and fell 43 percent in the first half of this year. If the Camaro is redesigned as an EV, GM likely would continue to build it alongside the Cadillac CT4 and CT5, which also could become EVs, at Lansing Grand River Assembly in Michigan.

Corvette: Production of the redesigned 2020 midengine Corvette got off to a rocky start, interrupted by the 40-day UAW strike last fall and a two-month shutdown spurred by the coronavirus pandemic this spring. The 2021 model will cost buyers the same as the 2020 but includes a few new safety, tech and design options.

Bolt: The Bolt will be updated in 2021 but stay on the BEV2 platform for now. The freshening includes a new front fascia and rear lights, along with more cameras and other technology. The updates were postponed to the 2022 model year because of the pandemic.

Bolt crossover: Chevy will launch a utility version of the Bolt in 2021. The electric crossover will be built on the Bolt’s BEV2 architecture. It will be longer and have more interior space than the Bolt.

Trax: Sales of the subcompact crossover rose 30 percent in 2019, but some of that volume could soon shift to the larger and newer Trailblazer. The Trax could be redesigned or discontinued in 2022.

Trailblazer: Expect a freshened version of the subcompact crossover, which was a new entry for the 2020 model year, in 2023. Already this year, the Trailblazer has proved to be a wise investment by Chevy, with 6,702 U.S. sales in the first half.

Equinox/Terrain: GMC will add the AT4 off-road subbrand to the Terrain, which will be followed by minor updates to both the Chevy Equinox and Terrain in 2021. Redesigns are due in 2024, when the compact crossovers will incorporate more reused and shared parts, GM President Mark Reuss said this year. GM will cut the number of trims to six from eight, and five engine variants will be offered instead of 11. Overall build combinations will be cut to fewer than 100 per vehicle line from 200 today to help fund electrification programs.

Blazer: Expect the Chevrolet midsize crossover to be freshened in 2022 and redesigned in 2024. The redesign could lead to significant changes for the Blazer. If GM keeps it on a gasoline-only powertrain, production may move to Spring Hill, Tenn., to make space for more EVs in Mexico. Or if Blazer production continues in Mexico, an EV version could be built.

Acadia: GMC added the AT4 subbrand to the Acadia in 2020. It plans minor updates next year and a redesign in 2024. The next-generation Acadia crossover will move to a larger platform to become the size of a Chevy Traverse and Buick Enclave, as it was in the previous generation.

Traverse: A 2020 freshening of the Chevrolet large crossover was pushed to 2021 because of the pandemic. The updated Traverse will come with six new standard safety features, redesigned fascias and new LED headlamps and taillamps. A redesign is set for 2023.

Hummer electric SUV: GMC is planning an off-road-capable SUV version of the Hummer electric pickup, also to be built at Detroit-Hamtramck Assembly, likely in 2023.

Tahoe/Suburban/Yukon/Yukon XL: All four large SUVs from Chevy and GMC are set to arrive this year, redesigned to become more spacious for passengers and cargo and to gain a suite of advanced technology. They are likely to be freshened in 2024.

Colorado/Canyon: GMC revealed the freshened 2021 Canyon midsize pickup this year with a more sculpted and layered grille, 5-inch chrome assist steps and signature chrome accents. The 2021 model also offers the AT4 subbrand and a modernized version of the Denali subbrand that looks similar to the larger Sierra pickups. But the pandemic and a recent move to eliminate the third shift at the Missouri plant that makes the midsize pickups mean the updated model isn’t likely to reach dealerships until early next year. The Chevy Colorado will be updated around the same time with a new front fascia and restyled with a bigger grille, and it will have generally more aggressive cues. Expect a redesign for both nameplates in 2023.

Silverado/Sierra: When the redesigned GMC Sierra and Chevy Silverado full-size pickups came out in 2018, critics knocked GM on the interior. The pickups’ freshening will likely focus mostly on that shortcoming, adding more technology and larger screens, along with minor exterior changes. Updates to the light-duty versions are slated for 2021, while changes to the 2500 and 3500 are more likely to come in 2022.

Hummer electric pickup: The revived Hummer nameplate will be one of the first EVs built at Detroit-Hamtramck Assembly, in late 2021. It’s expected to arrive in 2022. GM indefinitely postponed the May debut of the high-performance electric pickup because of the pandemic. The pickup will have 1,000 hp and go from 0 to 60 mph in three seconds. It will be powered by GM’s proprietary Ultium battery.

Express/Savana: The aging commercial vans finally could be redesigned around mid-decade, but many aren’t convinced. GM hasn’t invested in significant updates in more than 15 years. Perhaps a commercial electric van will replace them someday.

Electric van: Expect at least one commercial electric van in 2022. GM could sell two variants under the GMC and Chevy brands, or the automaker could create a new brand for them.

Denso adds 1.5 million fuel pumps to recall for possible failure
Ferrari F50 Is The Closest You’ll Get To Driving A Grand Prix Car On The Road
Ford taps eBay’s Suzy Deering as next CMO as it looks outside for marketing help
Jeep fans get their wish with V-8 Wrangler
MEB-Based Skoda Enyaq iV Enters Production In Mlada Boleslav