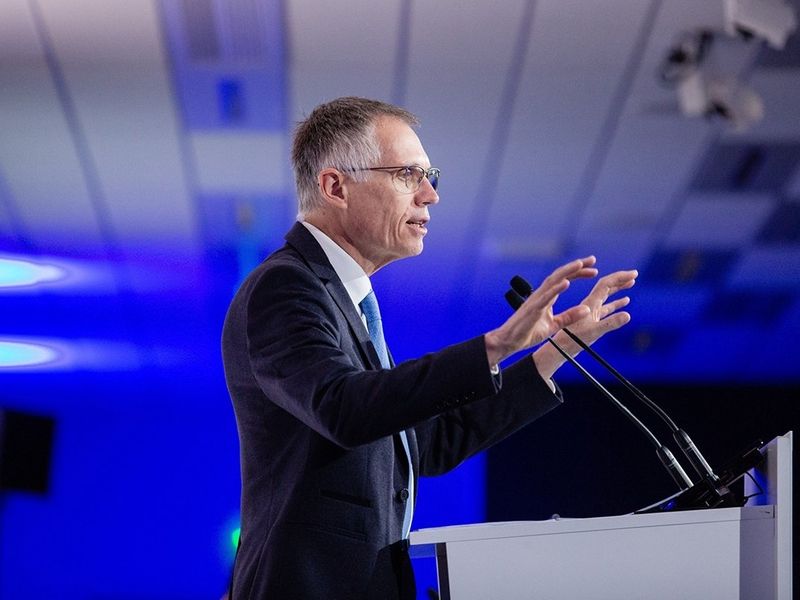 PSA Group CEO Carlos Tavares said the strength of recovery from the coronavirus pandemic will determine whether a planned combination with Fiat Chrysler Automobiles can move ahead under terms agreed to last year.

“At this stage it is premature to discuss this matter as long as we don’t see the magnitude of the rebound both on the FCA and the PSA sides,” Tavares said Tuesday in a Bloomberg Television interview. “By the end of this year, after the rebound, we’ll see what will be the potential cash position” of the combined company, which will be named Stellantis.

In the months ahead, FCA and PSA need to focus on getting through the health crisis and rebuilding their balance sheets, he said.

The comments indicate the terms of the planned merger aren’t set in stone and could be revisited. The pandemic has triggered a seismic shift in the outlook for the industry since the automotive mega-deal was agreed at the end of last year.

A planned 5.5 billion-euro ($6.5 billion) special dividend to be paid out to FCA shareholders has emerged as a sore point for some PSA investors. The two companies also have different views on tapping government support.

Shares in PSA jumped as much as 5.6 percent on Tuesday after the automaker reported a profit during the first six months of the year, suggesting it has weathered the storm better than feared after lockdowns hammered vehicle sales in some of its biggest markets. The French company will rebound in the second half, the CEO said.

The maker of Peugeot, Citroen, Vauxhall and Opel vehicles stuck to its medium-term financial outlook, and Tavares said it had shunned any French state-backed loans or guarantees — unlike cross-town rival Renault — in order to “remain in control of our destiny.”

By contrast, FCA last month agreed to a 6.3 billion-euro credit facility backed by the Italian government, a financing package that will be used for the manufacturer’s operations in Italy. The company is scheduled to report earnings on Friday.

Fiat Chrysler and PSA reached a deal last year to combine to create the world’s fourth-biggest autormaker. Fiat’s Agnelli family will be the biggest shareholder in the new company while Tavares will be CEO. He reiterated a target for closing the deal by the end of the first quarter next year and said discussions with the European Commission as part of an in-depth antitrust probe are progressing.

“We are in execution mode,” he said, adding that any changes to the terms of the deal would be decided by the boards.

Already, PSA and FCA scrapped a plan to each pay out 1.1 billion euros in dividends this year. Their deal also includes a plan for Fiat to distribute the special dividend while PSA would transfer to its own investors its 46 percent stake in supplier Faurecia, whose shares have dropped by about a fifth since the start of the year.

Yet the headwinds for the industry are formidable. The French manufacturer expects the European auto market to shrink by a quarter this year, with contractions of 10 percent in China as well as 30 percent in Latin America and Russia.