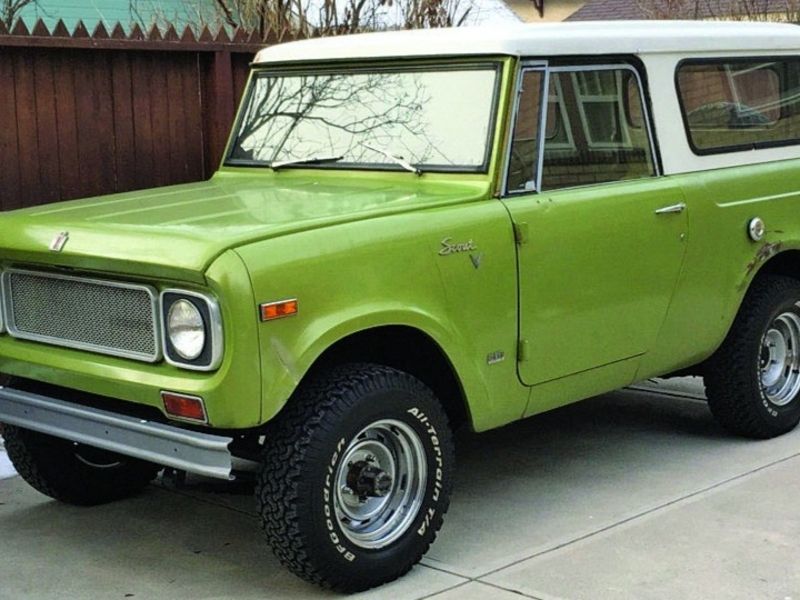 And in Dearborn, Mich., Ford Motor Co. announced the Bronco, a vehicle it declared to be “equally at home on rugged mountain grades or on a run to the shopping center.” Ford, in its typewritten press release, coined a term for its “go-nearly-everywhere, do-nearly everything” creation: “sports-utility vehicle.”

Fifty-five years later, Ford is promoting the revival of the Bronco as a return of “America’s first SUV.”

When Lynn Faeth, who owns an auto repair shop in Fort Madison, Iowa, heard that, he laughed. Faeth’s business, the Scout Connection, buys, sells and restores International Harvester Scouts. It also sells parts for the Scout, an off-road, four-wheel-drive vehicle that went on sale in 1960 — five years before the Bronco.

Members of Scouts West, an International Scout club with three chapters in California, had a similar reaction. “The guys just rolled their eyes at that,” said the group’s president, Arnold Leos.

Ford’s historian Ted Ryan said Ford benchmarked the Bronco against the Scout and various Jeeps — which also existed before 1965 — and worked to ensure the Bronco was better on the road than rivals and versatile off-road, too. Ryan said Ford looked through the marketing materials for competing vehicles and found words such as “sporty” and “utility” but not “sports-utility vehicle.”

So the Bronco became the first SUV by virtue of being the first to declare itself an SUV.

“It’s advertising, and like many ads, it is not as accurate as it could be,” Faeth said. “But I will give them the benefit of the doubt and say Scout was an SUV before the term was coined.”