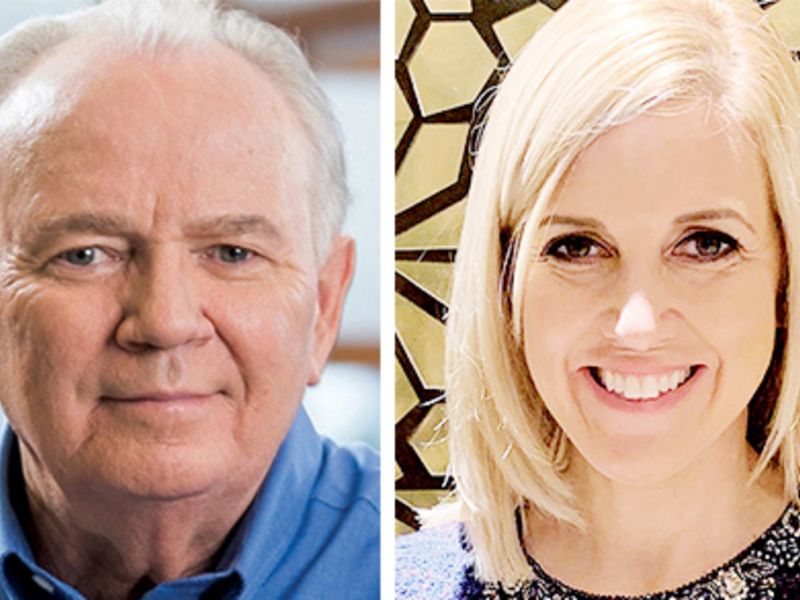 AutoNation Inc. for a third time in two years is faced with replacing longtime CEO and auto industry veteran Mike Jackson — but this time, the auto retail giant plans for someone to take the reins without Jackson staying on as part of the company.

The largest U.S. new-vehicle retailer last week put a 2022 end date on Jackson’s tenure with the company at the same time it announced that Cheryl Miller would not return as CEO after taking a medical leave in April. Miller had been CEO for less than a year after taking over that role from Carl Liebert, who held it for just four months.

AutoNation intends to begin a search in late 2021 or early 2022 to name a successor for Jackson, who again is CEO. He has spent more than 20 years at AutoNation’s helm as CEO, chairman or executive chairman and plans to retire from both the retailer’s board and management team by April 12, 2022.

The plan could enable the retailer to broaden the talent pool and allow someone to step into the chief executive role without lingering in Jackson’s shadow. But delaying the search for more than a year is a surprise and will add to the management-change uncertainty surrounding the company, some auto retail and management experts said.

After all, AutoNation has been looking for a successor to Jackson, 71, since 2018.

“There has not been any stability for almost two years now, and then you’re going to have a change again in, like, a year and a half,” J.P. Morgan Securities analyst Rajat Gupta told Automotive News. “You need a form of stable management at the top or a well laid-out succession plan, which we have not seen yet or has been communicated, even though we sympathize with the unexpected developments regarding Cheryl’s health.”

Gupta said the shuffle of high-level executives at AutoNation is a concern among investors. He noted that AutoNation’s stock price has underperformed peers since market lows during the early days of the coronavirus crisis, and he tied that in part to leadership uncertainty.

Jeffrey Sonnenfeld, senior associate dean for leadership studies at the Yale School of Management, said AutoNation’s board should start the search for Jackson’s replacement immediately. “There are good people available tomorrow, so I don’t think they would need to delay on this,” said Sonnenfeld, who also is president of the nonprofit Chief Executive Leadership Institute.

Waiting creates a period of strategic uncertainty for everyone in the organization, Sonnenfeld said. While AutoNation was “lucky to have Mike Jackson,” who could step back into the role, he said, other executives at the company “don’t know what their career track is going to be.”

“They don’t know what strategic commitments Mike can make in the role that he’s in,” Sonnenfeld said.

“You have Mike who is the proven CEO,” Cannon said. “And you have an unprecedented situation going on.”

When it happens, the search will include both internal and external candidates, Cannon said.

Brad Marion, global sector leader for automotive for organizational consulting firm Korn Ferry, said waiting a while to start the search gives AutoNation’s board some advantages in identifying potential candidates.

“No. 1, it gives the board the time to do the CEO succession process the right way,” Marion told Automotive News. “No. 2, it allows the COVID situation to evolve further, and hopefully it is well behind us before that time.”

David Whiston, an analyst with Morningstar, said in a note to investors last week that AutoNation is in “strong hands” with Jackson for the next nearly two years.

“Jackson is, in our view, one of the best dealer CEOs in the business and ran the firm for about 20 years, so we can’t think of anyone better to replace Miller,” Whiston wrote.

But Whiston also said in the note that he wants to see AutoNation’s board get “Jackson’s replacement search right the first time in 2022.”

Jackson’s new employment agreement states that he could leave sooner if a new CEO is hired before April 12, 2022. AutoNation declined to make Jackson available for an interview because of the quiet period ahead of the company’s second-quarter earnings release set for Thursday, July 23.

Miller, 48, the first woman to lead a publicly traded dealership group, also resigned from her position on AutoNation’s board of directors after opting not to return from the three-month medical leave. AutoNation did not disclose Miller’s health condition, citing her request that it remain private.

She was named CEO in July 2019 after the sudden departure of Liebert, an industry outsider AutoNation hired in February 2019. Liebert was appointed after a months-long search that included hundreds of candidates and the resignation midway through the effort of the board director tasked with leading the hunt.

Liebert’s quick and costly exit raised questions from analysts and investors, but many were pleased when Miller, a 10-year-plus AutoNation veteran and five-year CFO, stepped into the role.

The departures of Liebert and Miller could cost AutoNation more than $20 million.

Miller stands to receive a severance of more than $5.4 million paid in 48 monthly installments, an undetermined prorated annual bonus for 2020 and more than $21,000 to cover health, dental and vision insurance for 18 months as long as she complies with conditions in her separation agreement, according to a regulatory filing last week. Conditions include a one-year noncompete agreement and adhering to certain five-year confidentiality requirements.
Additionally, Miller will be treated as “retirement” eligible with regard to 70,098 restricted stock units that could be worth some $3.1 million based on AutoNation’s closing stock price Thursday, July 16.

A clause in Miller’s contract could have allowed AutoNation to terminate her employment if she had been unable to perform her job because of a “physical or mental disability or sickness” and if she had an absence of more than 90 consecutive days, according to a regulatory filing. In the case of termination, the company would not have been obligated to fulfill certain stock awards.

She remains on the board of Tyson Foods, where she has been a director since 2016, a spokesman for Tyson Foods confirmed.
Liebert’s severance package is potentially worth more than $12 million. Liebert, in part, was to be paid $1.5 million in salary over 18 months, $2.25 million in a target annual bonus over 18 months and an annual bonus of just more than $1 million, prorated for his service. He also is eligible for a sign-on grant of $7.5 million in stock vesting over the next two years if he adheres to certain covenants.

Jackson in July 2019 said Liebert wasn’t a cultural fit for AutoNation and they agreed to part ways.

“This experience suggests the board will look for a candidate from within the industry, but either way, we hope for no more CEO churn once Jackson retires,” Whiston said in his note.