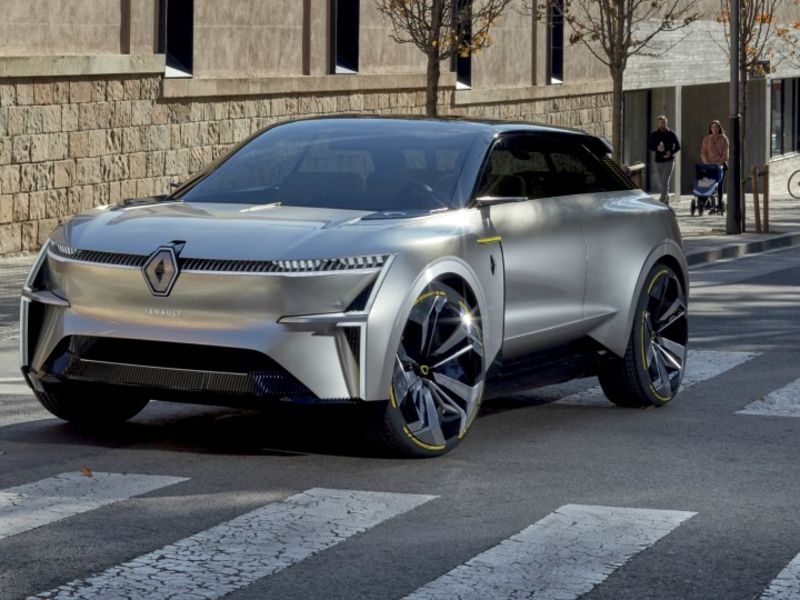 Renault has had a “significant” breakthrough in cost reduction by co-developing its new CMF-EV electric vehicle platform with alliance partner Nissan.

“We have achieved a 30 percent reduction on the platform cost, we have reduced the battery cost by 30 percent and the e-motor by 20 percent,” Jean-Paul Drai, Renault Group’s product development director for EVs, said during the latest Automotive News Europe Congress Conversations.

The CMF-EV platform is versatile enough to be used for a low-riding crossover such as the Morphoz concept that Renault debuted earlier this year as well as a high-riding SUV, Drai said during a panel discussion on the future of EVs in Europe.

He said another success the partners achieved with the new architecture was that charging performance has been improved under all conditions by introducing “innovative thermal management of the vehicle and the battery.”

Renault has been a pioneer in EVs in Europe, led by the Zoe, which has been a top-selling EV in the region since its launch in late 2012.

The automaker’s next big step in the electromobility sector is to start using the CMF-EV platform to underpin models such as the Nissan Ariya, which will go on sale in Japan in mid-2021 and land in Europe, North America and China by the end of next year.

“Our next generation of EVs will be very close to comparable vehicles with an internal combustion engine in total cost of ownership,” Drai said.

Seth Metzger, senior vice president of electrification at the U.S. supplier Dana, said during the panel that there is a trend toward combining forces when creating the underpinnings for electric vehicles.

“If you look across all automakers that we are working with, most of them are going in a similar fashion by trying to create a common platform in order to significantly reduce cost through the scale benefits,” he said. “But this comes with some performance trade-offs.”

When it comes to outsourcing opportunities, Metzger said suppliers such as Dana are brought in to help with “really unique types of applications … that might emphasize a different performance or a different level of efficiency.”

US court rules Dakota Access Pipeline can stay open for now
Despite Its 301-hp, The New 2021 MINI John Cooper Works GP Is Far From Perfect
Tesla leads China’s EV sales for July, estimate set at 100K units for 2020
Tesla Cybertruck saves a life even before its deliveries begin
German sales slide slows to 5% in July