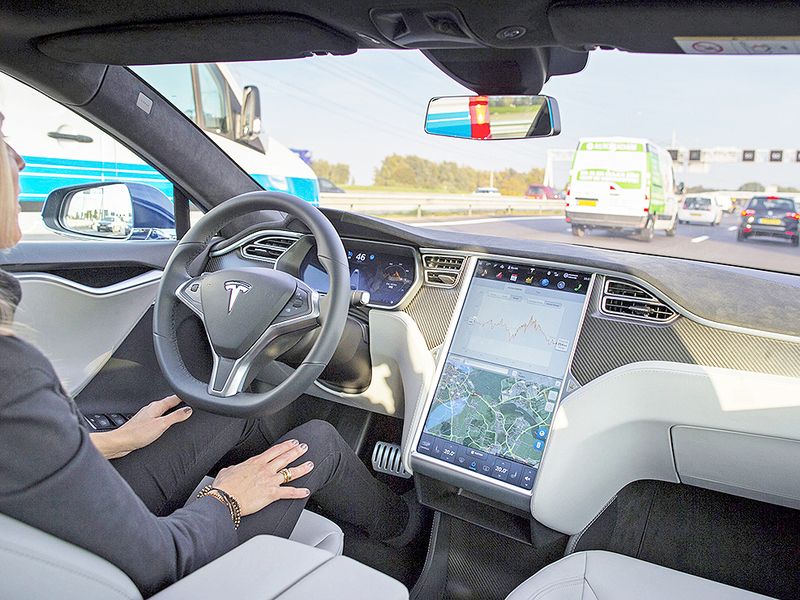 Elon Musk might launch a mission to Mars before he completes work on the most advanced self-driving vehicles here on Earth.

That’s the consensus from experts across the technology, safety and automotive realms, who say the Tesla and SpaceX CEO’s claims about achieving Level 5 autonomy sometime this year are technologically infeasible and border on the preposterous.

They pushed back against the idea of such a near-term development in blunt terms.

“None of this is on a plane of reality,” said Jason Levine, executive director of the Center for Auto Safety, a nonprofit automotive safety watchdog. “It’s an absurd idea at this point in time with the technology available and infrastructure available and complete unwillingness of Tesla to acknowledge its mistakes.”

During a remote appearance at the World Artificial Intelligence Conference in Shanghai this month, Musk told the audience his company is mere months away from breakthroughs no other company in the industry is anywhere close to reaching.

According to definitions developed by SAE International and adopted by the U.S. Department of Transportation, Level 5 vehicles are those capable of performing all driving functions on all roads under all conditions, requiring nothing of human occupants.

For comparison’s sake, Waymo, the self-driving company spun from Google, has deployed a handful of minivans capable of Level 4 operations — those where computers control all vehicle operations under certain conditions in a specific area — in driverless test scenarios. Most of Waymo’s self-driving test operations, like those of every other company in the industry, still rely on human safety drivers as backups for their Level 4 testing. And Waymo does not see Level 5 as a realistic target.

“Level 5 is a bit of a myth,” Waymo CEO John Krafcik said in June 2019. “Level 5 means you can drive anything anywhere in any weather conditions, like, you can drive from San Francisco to Santiago, Chile, any time of year, just press a button. This is probably never going to happen. Humans don’t even do this.”

Within the past 18 months, even the most optimistic industry players have conceded automating vehicles has been more challenging than anticipated, and many have canceled or delayed plans to deploy Level 3 and Level 4 vehicles. An annual automated-driving leaderboard published by consulting firm Navigant Research, now Guidehouse Insights, assesses strategy and execution of 18 companies developing self-driving tech. Published in March, the report ranked Tesla last — not only behind leaders such as Waymo, Argo AI and Cruise, but behind upstarts such as May Mobility, Voyage Auto and Navya.

Sam Abuelsamid, principal analyst at Guidehouse Insights and author of the report, says Tesla is not reaching Level 5 any time soon, nor doing so with existing vehicles on the road, as Musk touted.

“The cars they are building will never be Level 5, period,” he said. “It’s nonsense. He needs to shut up until he can deliver something.”

Exactly what Musk means by completing and achieving Level 5 remains nebulous, in the sense he didn’t offer a specific timeline for enabling such operations in cars. Asked about Musk’s comments in general and a time frame for Level 5 deployment, a Tesla spokesperson did not respond to a request for comment or further details on plans.

Abuelsamid said Tesla’s current fleet, which can receive over-the-air updates to its software, does not have necessary hardware for cleaning sensors that would enable vehicles to operate in adverse weather conditions. And that’s just for starters; he doubts the company’s plans to achieve Level 5 solely with camera and radar sensors is plausible.

“The premise of making highly automated systems on cameras alone is fundamentally flawed,” Abuelsamid said. “Their approach to software doing end-to-end AI systems is almost certainly not going to work. I don’t believe it can work. AI is too brittle.”

That’s a sentiment echoed by Missy Cummings, director of the Humans and Autonomy Laboratory at Duke University, who has testified before Congress on the state of autonomous-vehicle developments.

“There is no way, shape or form the car is going to be Level 5,” she told KCBS Radio last week. “He doesn’t really understand what Level 5 is. I think what he means is Level 4, and he’s not even going to get Level 4. The perception systems don’t work well in weather conditions, with long shadows. We know the Tesla perception system, and the news is it’s a really bad system.”

Cummings has conducted research on Tesla’s Autopilot system, a Level 2 driver-assist feature that has sparked similar controversy. Both NHTSA and the National Transportation Safety Board have investigated multiple fatal crashes involving the feature. Findings from the latter have showcased the system’s limitations — it cannot, for example, detect trucks crossing highways.

Safety advocates and consumer groups have grown alarmed at the way some drivers have treated Autopilot as a self-driving system rather than a driver assist, in which humans must keep their hands on the steering wheel and bear responsibility for all vehicle operations.

But the latest boasts about Level 5 brought fears that Musk is stirring the same hype cycle for the highest levels of autonomy as Tesla did for its driver-assist feature, while masking its limitations. Which is a shame, Levine said.

“He’s overselling it, which ironically is unnecessary, because the vehicle — when used appropriately — seems to do what the small type says it does,” he said. “But what it doesn’t do is what the guy whose name is associated with the company continues to claim it does. That’s the disconnect. He continues this insistence on delivering things in a time frame that doesn’t exist.”