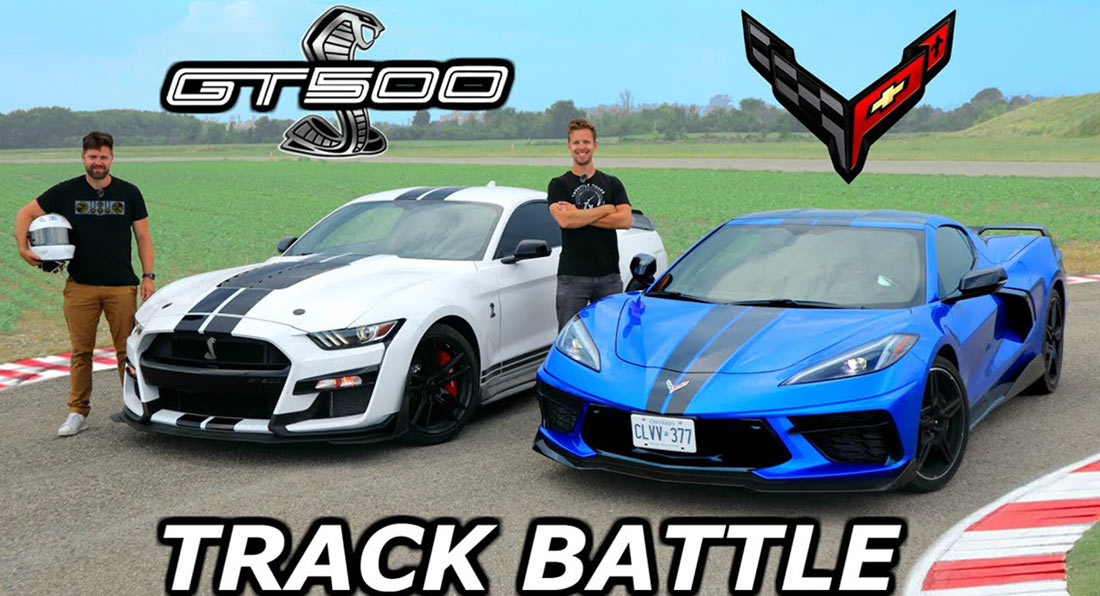 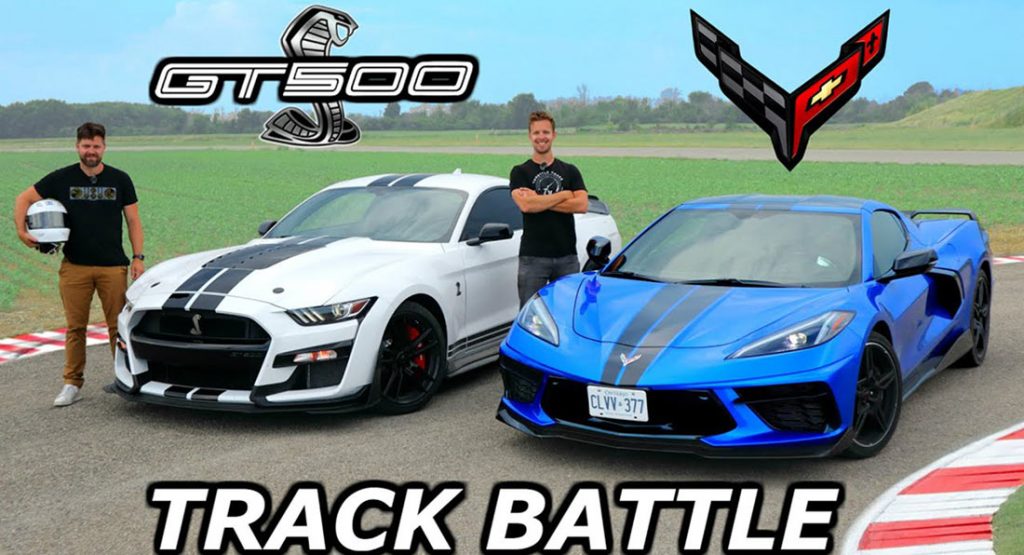 The C8 Chevrolet Corvette Stingray and the Ford Mustang Shelby GT500 are the two hottest performance cars out of the United States for many years, and Throttle House recently had the opportunity to pit them against each other up in Canada.

First is a drag race from a standing start. While the two would be quite close in a straight line at a prepped drag strip, the slippery pavement used for this test gave a significant advantage to the Corvette thanks to its mid-engined layout. Thus, it was the ‘Vette that sprinted off the line and won, despite it having 495 hp compared to the 760 hp of the Shelby GT500.

Watch Also: 2020 Ford Mustang Shelby GT500 Is An Animal On The Track

In a rolling race, however, the Ford was able to make better use of its power and took the victory.

Then it was time to see which was the best around a track. Throttle House was keen to point out that while the C8 Corvette does suffer from a fair bit of unwanted understeer, this particular example was a little different. From the factory, the street alignment settings trigger quite a lot of understeer. However, with the available track alignment settings of this C8, its front end was able to grip much easier.

Around the circuit, the two were very evenly matched. In fact, the Corvette needed 1:11.53 to complete a lap and the GT500 was just a few tenths behind, recording a best time of 1:11.82.