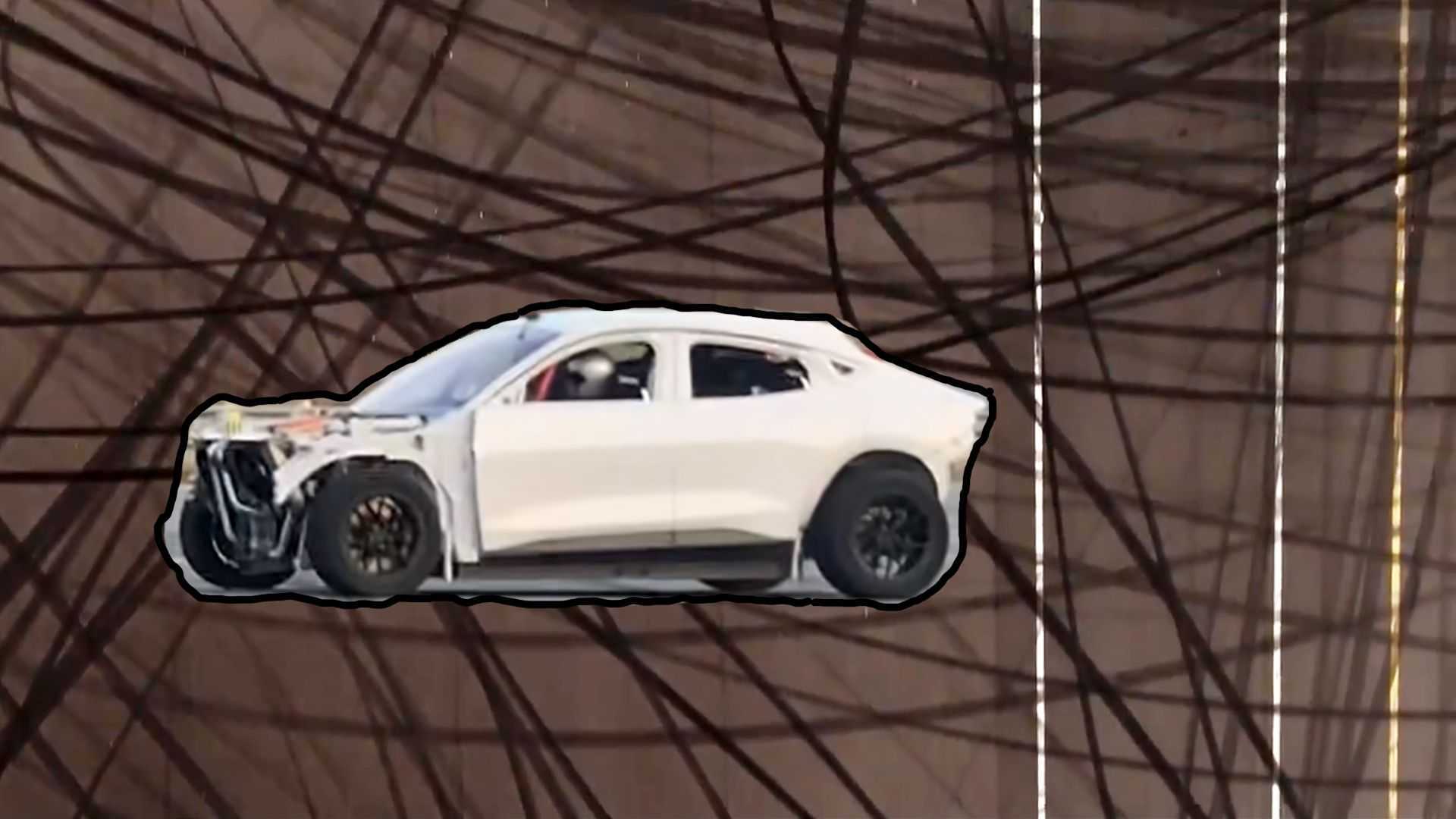 If you like monster electric vehicles that vaporize rubber with ease, then Ford Performance wants you to listen up. Literally.

The Ford division that deals with all things high-performance dropped a short video in a tweet (below) teasing the reveal of just such a battery-powered beast. Instead of showing us a cryptic picture of the actual car, however, the footage is just a drone-shot pan of pavement that’s been painted by spinning tires. The text of the tweet reads simply: “7/21.”

So, how do we know this involves an electric vehicle? The soundtrack. Click play on the embedded tweet below and you’ll hear a powerful symphony in the key of awesome. Check it out.

Heck of a tune, right? Well then, how do we know this sound is being generated by a monster Ford Mustang Mach-E? Call it an educated guess.

Last week, we told you about a heavily modified Mach-E showing up in a guerilla promotional video doing donuts and making a bunch of sounds quite similar to those above. We figure two plus two, in this case, equals gonzo electric Ford crossover.

To find out if we’re wrong (we aren’t), tune in to InsideEVs on July 21 – that’s next Tuesday – and we’ll have the scoop waiting for you. If you want a little more insight before then, you can listen to last Friday’s InsideEVs Podcast, where you talked about the car and the video at some length.

One thing about this monster we’re pretty sure of: it’s going to be even more redonkulous, and produce more tire smoke, than the last electric race car Ford showed us, the impressive Mustang Cobra Jet 1400 from a few months back. You’ve been warned.

The Ferrari 812 GTS Is An Incredible Car, But Is It Too Much For The Street?
Off-Roading a Lifted Chevy Caprice: Only On Roadkill
Meet the Hypothetical 2022 Honda Civic Coupe
UAW wants EV tax incentives revised to require U.S. assembly
Green Deals: Greenworks 24V 22-inch hedge trimmer returns to Amazon low at $100, more