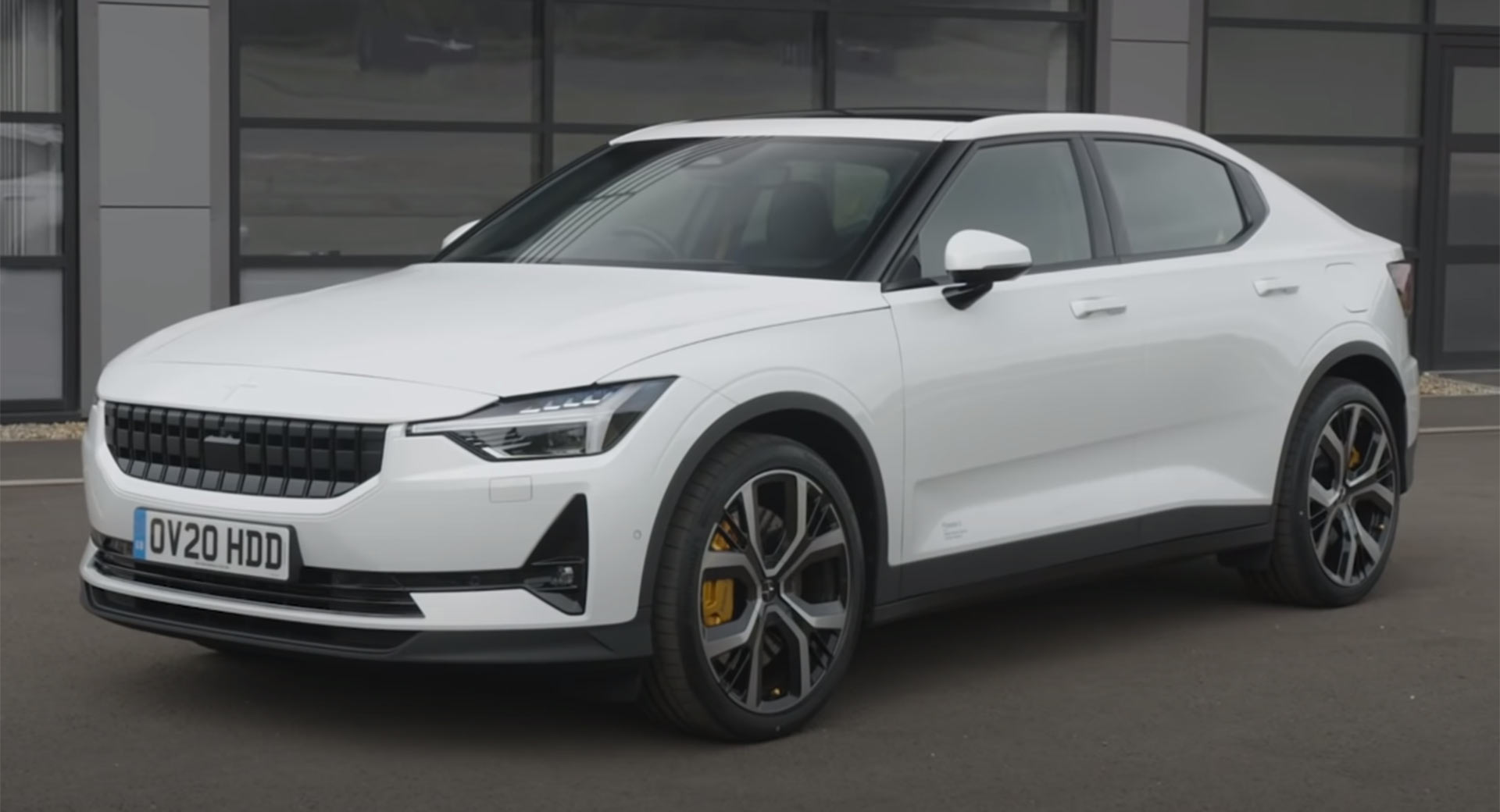 Tesla continues to dominate the electric vehicle market but the Polestar 2 aims to tackle the American juggernaut with a compelling design and some neat pieces of tech.

The Polestar 2 uses the same basic CMA platform as the Volvo XC40 and features a 78 kWh battery pack. Power is provided by a pair of electric motors that combine to produce 408 hp and 487 lb-ft (660 Nm) of torque. The car is good for approximately 275 miles (443 km) of range on a single charge.

The Polestar 2 featured in Autocar’s first drive review has been equipped with the available Performance Pack. Consequently, it comes outfitted with four-piston Brembo front brakes, adjustable Ohlins dampers, and 20-inch forged alloy wheels. The Performance Pack also comes with gold seatbelts and valve caps and in the U.S., sets buyers back an additional $5,000.

In a straight-line, the Polestar 2 accelerates to 62 mph (100 km/h) in less than 5 seconds. While that is slower than a Tesla Model 3 Performance that does the same sprint in about 3.5 seconds, any vehicle that can hit 62 mph in less than 5 seconds is generally considered to be quick and is more than enough performance for normal driving.

In the United States, pricing for the Polestar 2 starts at $59,900, a few thousand more than an equivalent Tesla Model 3 Performance but because Polestar buyers are eligible for the full federal tax credit of $7,500 -unlike new Tesla buyers- it is actually cheaper than the equivalent Tesla.