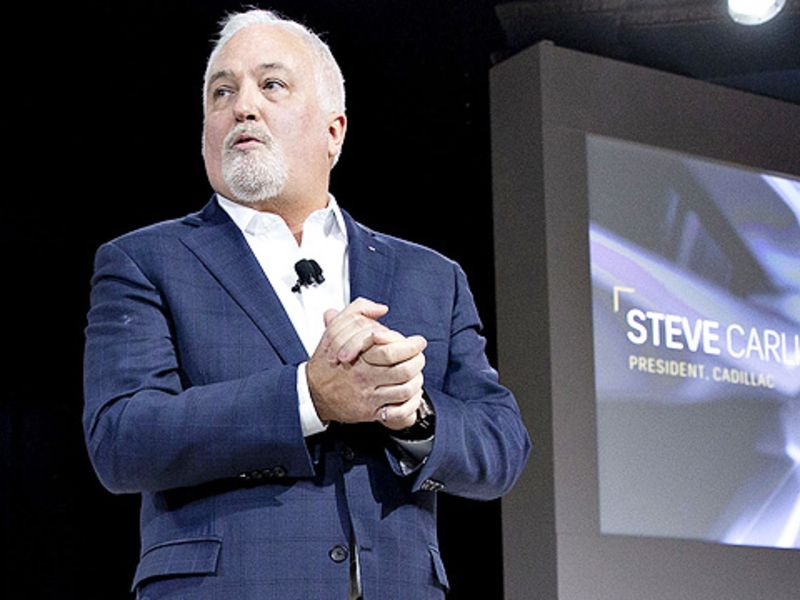 DETROIT — Steve Carlisle, General Motors’ next North American chief, faces an unprecedented set of tasks: protect GM’s most profitable region during a pandemic, and continue to churn out lucrative internal-combustion vehicles while investing in an electric vehicle future.

The 58-year-old Canadian will leave his post as president of Cadillac to oversee all of GM’s North American operations starting Sept. 1. He replaces Barry Engle, who is leaving the automaker.

Carlisle led Cadillac as it began a three-year product blitz that includes a new vehicle about every six months and as the luxury brand was chosen to lead GM’s push into EVs. He also moved Cadillac’s headquarters back to Michigan from Manhattan and announced plans to resume using names for upcoming vehicles instead of alphanumerics.

The products introduced under Carlisle, including the XT6 crossover and CT5 sedan, were started under his predecessor, Johan de Nysschen, but Carlisle oversaw launches that “were on time and relatively trouble-free with very good quality scores,” said Howard Drake, dealer principal of Casa Automotive Group, which has a Cadillac store in Los Angeles. “We hadn’t hit that kind of roll in a while.”

Carlisle, who took over Cadillac in April 2018, has proved to be a steady leader, Drake said. “He’s a good tactician, and he’s also really good at product.”

Carlisle said he’s stepping into the North America job with GM on better financial footing than other automakers because it had the foresight to enact cost cuts over the past two years that have helped avoid bigger losses during the coronavirus pandemic.

In North America, “the fundamentals are in really good shape. When we emerge more fully from the crisis, we’re going to have demonstrated that,” Carlisle told Automotive News last week. “Yet, we need to have this constancy and this drive towards the future that we’ve talked about in terms of electrification.”

“He just brings an overall holistic oversight of the business,” Harvey said. “He has the ability to put healthy tension into the system and to be able to make sure that we’re progressive and aggressive.”

Carlisle will be expected to accelerate GM’s path toward electrification. GM has pledged $20 billion for EVs and autonomous vehicles through 2025 and plans to launch 20 EVs globally by 2023.

“We don’t know how long the transition will take, so we’re in a good spot to continue to grow the business and fund the business with our internal-combustion portfolio while we work on ramping up on the battery-electric side,” Carlisle said.

Under Carlisle, GM will change the way it manages its North American brands. Currently, the North American president oversees Chevrolet, Buick and GMC while Cadillac has a separate leader. Carlisle will oversee all four.

“With this shift to electric, there’s an even greater need to find synergy opportunities, but there’s no less of a need to provide the autonomy and do the right thing from a brand point of view,” he said.

While Carlisle was president of GM Canada, retail sales grew 21 percent from 2015 to 2017. And by 2017, GM was Canada’s top-selling automaker on a retail basis.

Carlisle’s promotion is “nothing but positive news for Canada,” said Jerry Dias, president of the Canadian union Unifor, which must negotiate new contracts with the Detroit 3 this year. “Steve understands Canada, the Canadian market.”

Carlisle began his GM career in 1982 as an industrial engineering co-op student at Oshawa Truck Assembly, which has since closed. He went on to hold senior leadership positions, including vice president of global product planning and program management, vice president of U.S. sales operations and president of Southeast Asia operations.