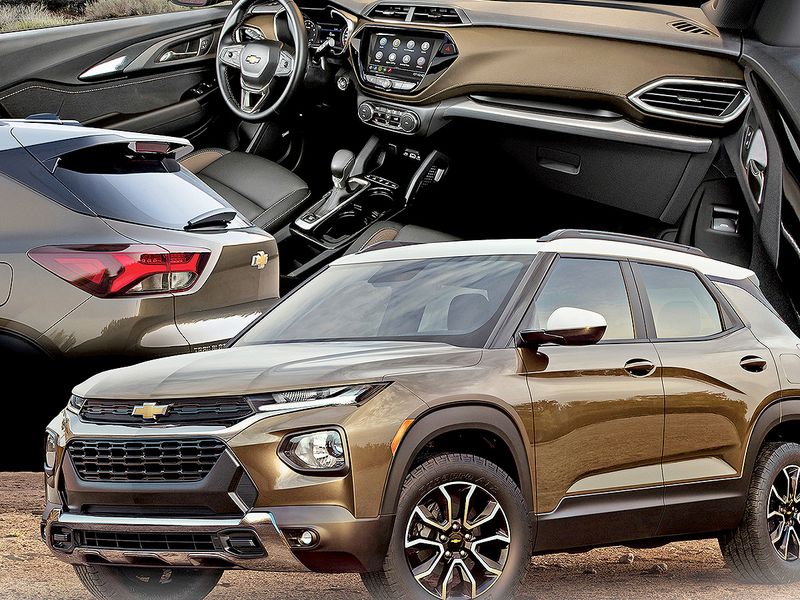 DETROIT — By killing the Chevrolet Cruze last year and now the Sonic in a few months, General Motors is leaving itself with just two vehicles that start at less than $20,000.

That includes the new Trailblazer, which aims to put Chevy on more consumers’ radars by landing in one of the industry’s fastest-growing segments: small crossovers.

The Trailblazer complements the Trax, which posted a 30 percent U.S. sales gain last year but is too small for some buyers, by giving Chevy a roomier option with a more mature look. And unlike the Trax, it was designed from the ground up with U.S. consumers top of mind.

“We’re thinking the Trailblazers are going to catch on in a big way,” said Paul Waatti, industry analyst at AutoPacific.

In the second quarter, Chevy sold 6,699 Trailblazers, which just started reaching dealerships in March. It’s already more popular than GM’s other sub-$20,000 entry, the Spark, which logged 5,311 sales in the quarter.

Without potential delays related to the coronavirus pandemic, AutoPacific predicts the Trailblazer soon will outsell its competition.

Although the Trailblazer has the lowest starting price of any GM crossover, the Trax sells for less on average because it’s older and has big incentives available on it. Chevy says the Trailblazer’s average transaction price is about $23,000, and early orders for the RS trim, the highest level offered, were double Chevy’s forecast.

With a starting price of less than $20,000, “initially it might take away some sales from the Trax, but I think they can live side by side, like the [Buick] Encore and the Encore GX,” said Waatti.

The base trim in many vehicles typically makes up only 5 to 10 percent of the volume mix, said Stephanie Brinley, principal automotive analyst at IHS Markit. But the accessible price point is an effective marketing tactic to draw more customers to the brand, she said.

“It gives people a mindset to know when they can come in and start looking. It ends up being really important in terms of consumer shopping and making sure you are on consideration sets,” she said.

Later this year, Chevy will launch advertising tactics that resonate with a younger cohort of buyers, said Bradford Franz, senior marketing manager for Chevy SUVs. But the price point has been one of the initial draws.

“Being able to talk about the package that Trailblazer brings for under $20,000 was just an incredible sound bite to have,” said Franz. “So we chose to capitalize on that.”

A variety of options in the small-crossover segment have become crucial for Chevy after it discontinued the Cruze and continues to prioritize crossovers and SUVs over sedans.

“That’s the way that buyers seem to be going at this point. The Cruze is gone, so this needs to work for Chevrolet,” Brinley said.

Chevy counts the Honda HR-V, Jeep Renegade and Toyota C-HR among the Trailblazer’s competition, while the Trax competes more directly with the Ford EcoSport and Nissan Kicks.

The rapid growth in the small-crossover segment can’t be overlooked, Franz said. “It has been continuously, month over month, the fastest-growing segment out there, not just from sales perspective but in the number of entrants that are going into this segment as well,” he said.

And the segment is splitting into two price channels, with the Trax representing Chevy at the lower end and the Trailblazer at the higher end.

The Trailblazer is more likely to be a higher conquesting vehicle, Franz said. Early buyer data shows that an average Trailblazer buyer makes about $10,000 more per year than the Trax buyer, he said.