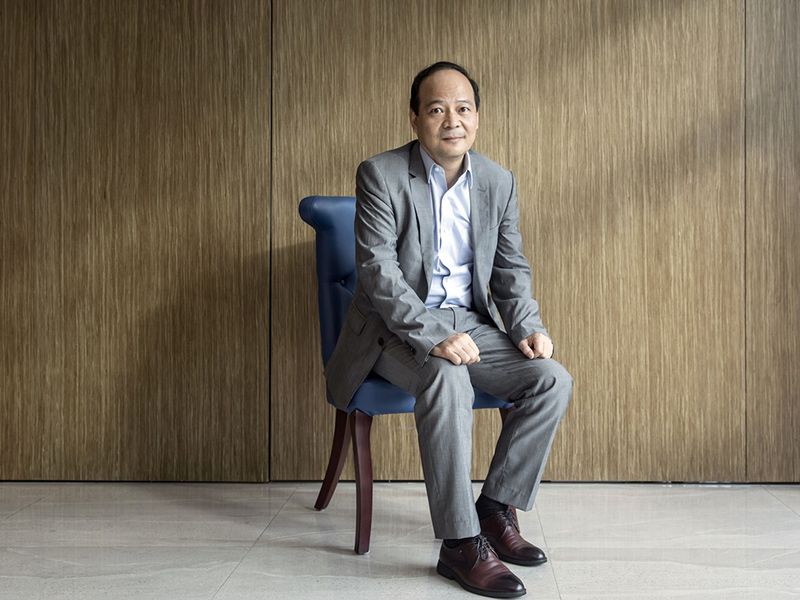 Tesla Inc. needs to succeed in China if it wants to dominate the world of electric cars — especially in a post-virus world. To do that, Elon Musk is turning to a battery engineer who once helped Apple Inc. extend the life of its MacBook laptops.

Zeng Yuqun, 52, built Contemporary Amperex Technology Co. into China’s battery champion in less than a decade, creating the largest global producer of rechargeable cells for the plug-in vehicles considered to be the future of cars. That effort has helped propel Zeng from a modest hillside village and $30-a-month job with a state-run company to an estimated $17 billion fortune.

CATL’s products are in the vehicles of almost every major global auto brand, and starting this month they’ll also power electric cars manufactured by Tesla at its new factory on the outskirts of Shanghai. It’s an alliance with lucrative potential, combining the sector’s most-popular plug-in model — the Tesla Model 3 — with low-cost batteries in a market that last year bought more than three electric vehicles for every one sold in the U.S., but faces an uncertain future as the pandemic rocks the global economy.

There’s already a developing partnership between the two executives, according to Zeng. The pair trade text messages to discuss prospective innovations in technology, their responses to the challenges wrought by the coronavirus and the Tesla chief’s primary obsession: cheaper batteries and vehicles.

“Elon talks about cost all day long, and I told him to be assured that I would have solutions,” Zeng said in an interview at CATL’s headquarters in Ningde, where his 20th-floor office overlooks a fishing hub on China’s southeastern coast now transformed by clusters of battery plants and laboratories. “We get along well. He’s a fun guy.”

CATL’s batteries can offer Tesla key advantages in China, particularly the potential to boost margins and lower sticker prices in a market on track to have 59 million EVs on the road by 2030, even after the impact of the virus. Most importantly, Zeng is expected to supply Tesla with lithium-iron-phosphate, or LFP, batteries that use a cheaper mix of raw materials and cost about 20 percent less to make than other common types of packs, according to BloombergNEF.

Tesla and CATL — the latter confirmed in a February filing it would become a supplier to the automaker — declined to disclose precise details, including the types of packs involved. CATL shares have more than doubled this year, rising 9.9 percent on Monday to close at a record high in Shanghai trading.

Working with a domestic supplier like CATL could further burnish Tesla’s relations with China’s authorities, which have been key to its local success. What’s more, Zeng serves on the Chinese People’s Political Consultative Conference, the advisory body to top leadership. There, he’s put forward proposals to further focus on renewable energy.

For CATL, the alliance comes at a crucial time. Battery sales fell almost a third in the first five months of 2020, according to SNE Research, as car purchases plunged in China amid the pandemic, trade war and a scaling back of government subsidies. Electric-car sales have declined about 38 percent from a year ago, the China Association of Automobile Manufacturers said July 10, and that risks exposing the country’s multi-billion-dollar EV push as a bubble.

The battery producer’s domestic market share also ebbed as Tesla rolled out its first China-made Model 3s with batteries from LG Chem and Panasonic Corp. Starting next year, CATL should supply components for about half the Shanghai plant’s output, according to Sanford C. Bernstein.

Aligning with Tesla will boost domestic sales, though CATL also needs to secure additional clients to improve its prospects outside China, where LG Chem and Samsung SDI Co., among others, are positioning themselves at a rapid pace.

“CATL’s success is largely because of the strong demand in China,” BNEF analyst Daixin Li said. “In the future, as EV markets outside China are growing quickly, maintaining and even increasing market share in the global market will rely on how successfully it can secure demand outside China.”

The battery supplier has an eye on extending links with Tesla overseas, including to the automaker’s first European factory under construction outside Berlin. CATL, which also supplies Volkswagen Group and BMW, is building its own facility in central Germany and encouraging China-based suppliers to set up outposts there.

“We won’t exclude the possibility to supply its Berlin Gigafactory,” Zeng said in the interview.

Zeng has delivered in the past for blue-chip partners. His team helped BMW’s China joint venture develop its early battery-powered models, and CATL now has an 11-year supply contract with the German parent. At CATL’s forerunner company, Zeng helped Apple deliver long-life batteries for the MacBook Air.

“You have to be more innovative, more cost-efficient, with better performance,” Zeng said. “That’s the only way to beat them.”

CATL is poised to commercialize new types of batteries made without cobalt, among the most-expensive raw materials. Beyond that, it wants to eliminate other costly metals, such as nickel and manganese.

According to Zeng, the supplier also is capable of producing a long-life battery that lasts 16 years and 2 million kilometers (1.24 million miles), and is intended for use in multiple vehicles and in energy storage. That’s a milestone others, including Tesla and General Motors, are chasing.

More research facilities are under construction in Ningde, where entire city blocks are filled with laboratories and apartment towers for CATL staff, including the “Cloud-Capped Pavilion” neighborhood where Zeng and his wife have a top-floor home. A 3.3 billion-yuan ($470 million) research-and-development complex is intended to be a global flagship.

“Incremental improvements can build a well-performing company, but not a great one,” said Zeng. A sand model of the planned center sits on the floor by his office door. “We invest in geniuses.” Zeng himself earned a doctorate in condensed matter physics from the Chinese Academy of Sciences in Beijing.

Spending by CATL on R&D jumped about 50 percent last year, to almost 3 billion yuan ($429 million), and the company has almost 5,400 staff focused on the tasks. They include 143 workers with PhDs — who receive such perks as their own canteen and can take advantage of a company-run dating service that took credit for 52 marriages last year.

Even before the new research hub, CATL’s efforts put it among the top tier of the industry, said Hu Feng, a partner at Shenzhen-based Gao Gong Lithium Battery Research Center who has tracked Zeng’s work for almost a decade.

The sophisticated labs and new factories coming in China and Germany are a marked contrast to the makeshift production lines of Zeng’s early career. Staff members coated batteries with a paint brush in one hand and a hairdryer in the other, and Zeng once used paper clips as a temporary fix to stop vibrating equipment from damaging cells.

Now, staff don medical-style protective clothing to limit the spread of dust before passing through a high-pressure air shower. In a nearby lab, batteries are shaken, crushed, immersed in water for 48 hours and placed into boxes heated to 130 degrees Celsius (266 degrees Fahrenheit).

“What we do is try to bring innovations to the structure and chemical system, which will enable Tesla cars to drive a longer range at a better cost,” said Zeng, leaning against an armchair in a fifth-floor meeting space decorated with a Chinese painting on the wall and a tea set on a table. “That’s probably why Tesla likes us.”

By using CATL’s cheaper and smaller batteries for the Model 3, Tesla’s costs per car could fall between $600 and $1,200, according to Bernstein. LFP packs traditionally haven’t been as powerful as more expensive alternatives, yet the technology is catching up.

“It could be pretty explosive if they get that in the international market because no one else is using LFP outside China in pure EVs,” said Mark Newman, a Hong Kong-based senior analyst at Bernstein. “Tesla would have a pretty meaningful advantage.”

Tesla asks NHTSA to declare speed display issue inconsequential
2021 Maserati Levante Trofeo Is Quicker Than The Spec Sheet Suggests
In 14-brand Stellantis, who will make the cut?
BMW is ending its subscription service after two and a half years
Aurora teams with PACCAR on self-driving truck development