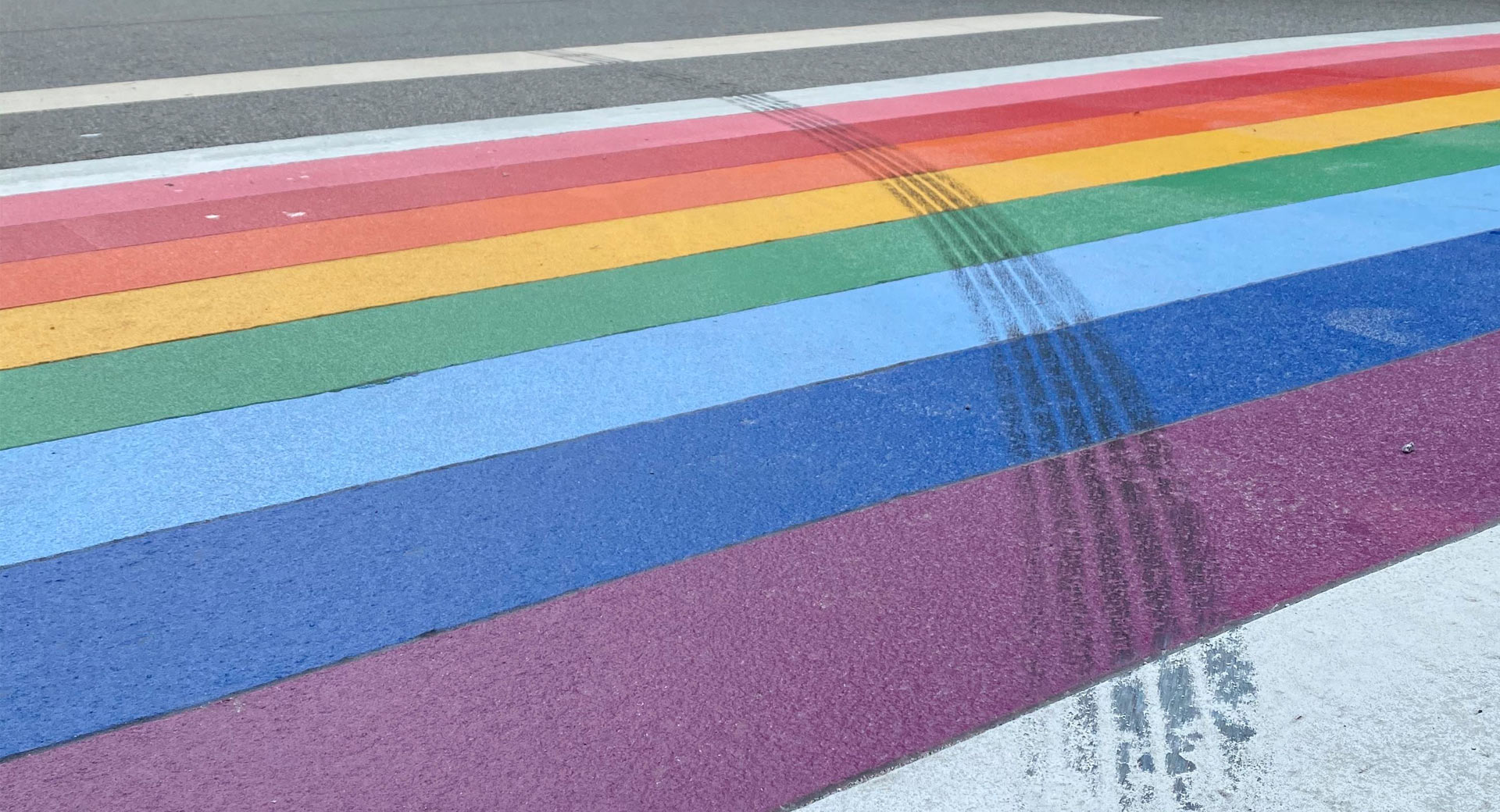 June was LGBT Pride Month and the West Vancouver Police Department celebrated the occasion by unveiling a rainbow-colored crosswalk outside the station.

At the time, the department said “While our Pride flag may have come down for the year, the new crosswalk will remain as a statement of our commitment to promote inclusion, diversity, and respect.”

One week after it was unveiled, the crosswalk was reportedly “defaced” by the driver of a fourth-generation Ford Mustang. According to the department, on July 7th staff inside the police station heard “loud and sustained tire squealing” coming from outside.

Investigators would like to speak with the driver responsible for defacing a recently installed Pride crosswalk at 16th St. and Esquimalt Ave. If you have information, please call 604-925-7300. https://t.co/ywkNR4DMAv pic.twitter.com/ViW0ZxcxYN

When they went to investigate, they discovered tire marks on the crosswalk. Police went on to say the “suspect vehicle left the area at a high rate of speed and was not located.”

In a statement, Cst. Kevin Goodmurphy claimed the driver of the Mustang chose to “leave a gesture of hate on a crosswalk that stands for the exact opposite.” The department also called for the public’s help locating the pony car.

A week after it was installed, the Pride crosswalk outside @WestVanPolice‘s HQ at 16th/Esquimalt Ave. was damaged by the car seen below. No one has been arrested. The crosswalk hasn’t been repaired yet. If you recognize the car below, tell police. pic.twitter.com/6NRnWoBpHa

While it’s unfortunate the crosswalk was damaged, the surveillance video doesn’t exactly scream hate crime. As you can see, the Mustang pulls up to the intersection and makes a complete stop. It then turns right and drives out of view.

There’s no audio and the rear tires are hidden by vegetation, but this doesn’t appear like the aggressive, hate-filled burnout that police are implying. The ‘action’ also lasts for less than eight seconds and that doesn’t seem like it could cause the “sustained tire squealing” claimed by police.

CBC News reports police have identified a suspect, but there’s no word on who it is or what charges they could be facing. However, the department originally noted they were a investigating a case of “mischief to property.”

It’s official! We held a small ceremony today to unveil the new Pride crosswalk outside the police station. While our…